Well, no traffic infractions this week, so I must have learned something from my course. In fact I just remembered another interesting tidbit, and one pertinent to birders; Most road fatalities in Britain occur between 2am and 7am on country roads. Presumably because people are tired and distance cannot be accurately judged, but also because nobody sees the incident, and so there is no speedy emergency response. Anyhow, on that cheery note, what has been happening this week in Wanstead? Nothing, thats what. No more Wheatears, no Sand Martins, no Willow Warblers, no hoped-for disoriented Garganeys. I tried, went out early mornings a couple of times, but nothing doing, bar a few joggers - none of whom assaulted me. A few more friendly Skylarks, but that was about it. 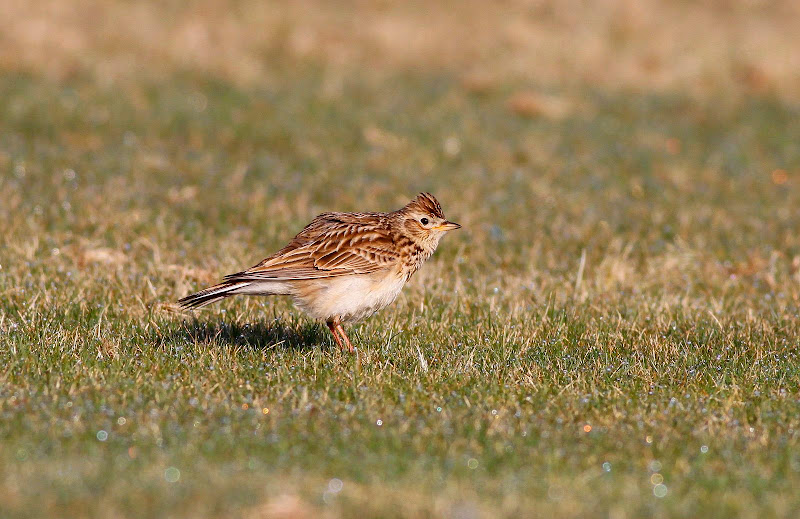 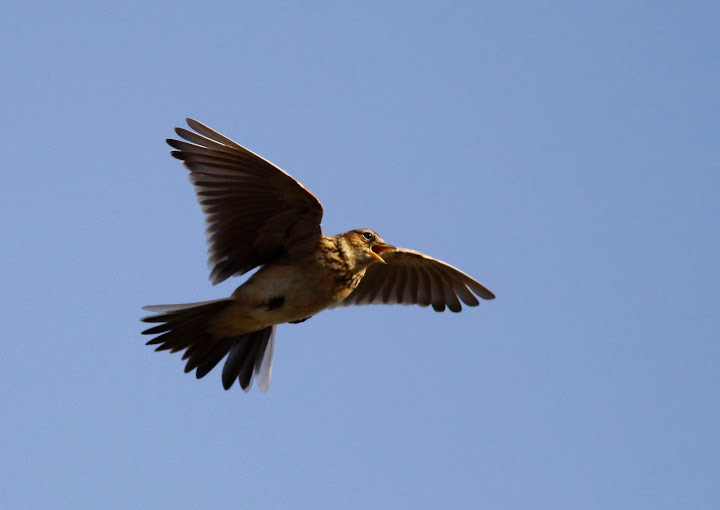 So I gave up on Wanstead and instead paid a visit to the long-staying Falcated Duck in Kent. Lovely bird, very fond of bread though. Can't quite bring myself to tick it, but I'll give Monkey directions...Nobody knows where it came from, but it has been at the same farm pond for several months, and it seems very happy, and frankly I was happy to see it. And I just heard that there are four Wood Ducks on Connaught Water in Epping Forest, and I reckon I would be quite happy to see them as well. Could be nice morning out with Charlotte. 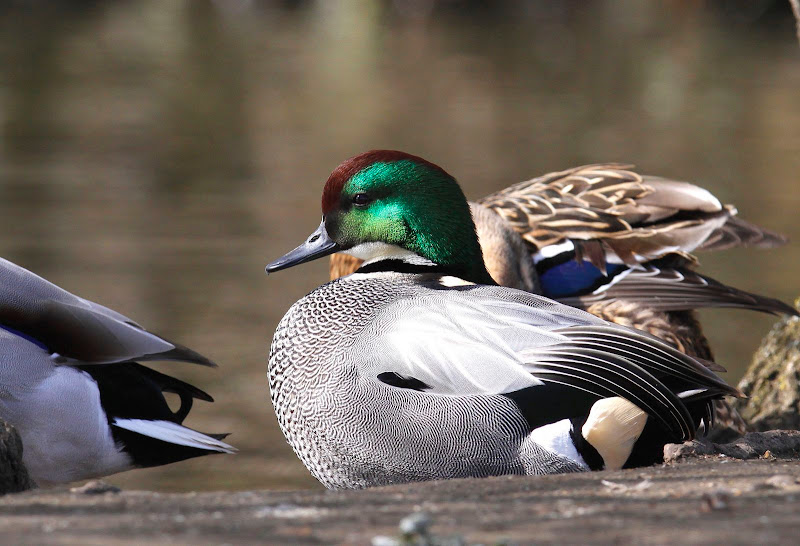 "Tick me, you know you want to"

However, moving on to real birds, I put my Staines failure to bed with a visit to Trimley Marshes in Suffolk for the Ferruginous Duck that has been there this week, and actually managed to find it. For people thinking of doing the same, be aware that whilst it only takes an hour to drive to Trimley-St-Mary, it then takes a week and a half to actually walk down to the reserve. Miles. Had I dipped I would have been spitting. And probably crying. As it was, I came away flush with success, but the duck was at the far end of quite a long lake, and I could not even get a few pixels of it. I did find a nice frog though. I may take up Amphibian photography. Much easier, you can get really close, and they don't move, much less fly away. And presumably much less frantic twitching involved. I could start my list tomorrow and be done by Wednesday. 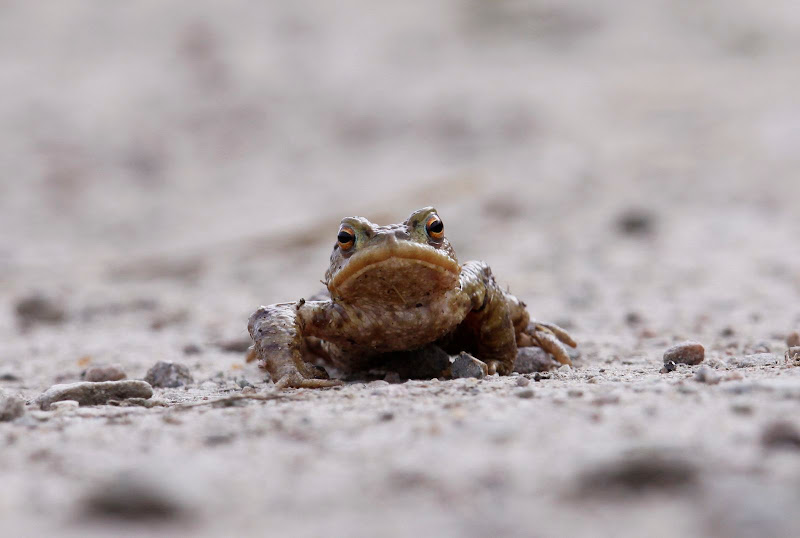 "What?"
Talking of which, I am able to continue my series of "Raptors in less than 100 pixels", as I managed to get a Gos today. Did you notice the way I cunningly linked those two paragraphs? I was quite pleased, given how tenuous this whole blog is. I was thinking of making it a competition, with a prize for the lowest number of pixels used to represent a raptor, but still have an identifiable bird. Here are two more particularly fine efforts. 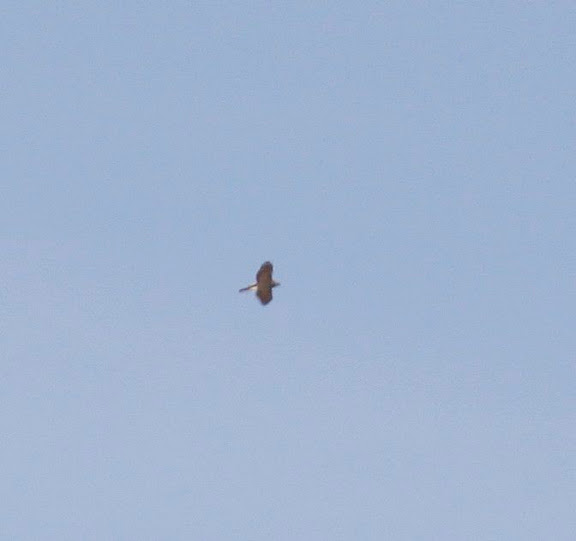 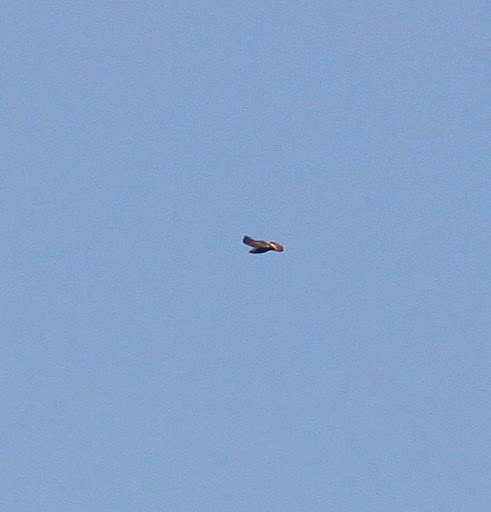 And finally a surprise. Yet another awesome view of a Great Grey Shrike, but with a twist... 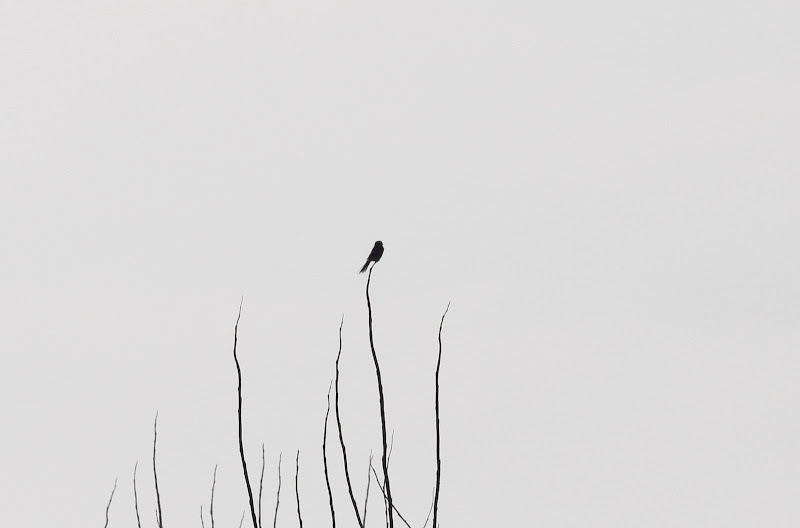