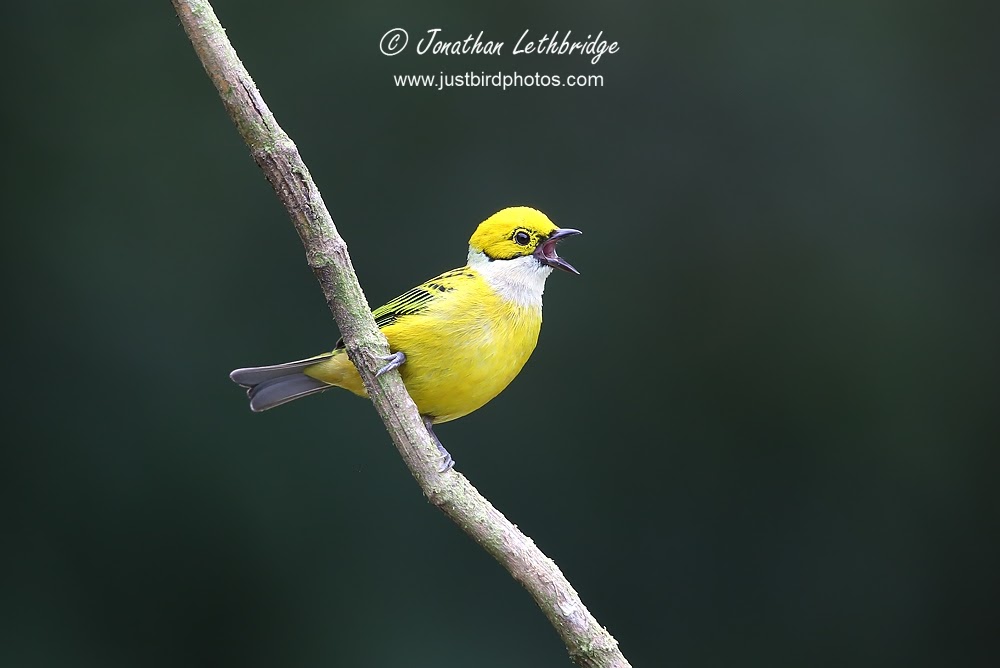 Tanagers. Anyone who has travelled to South or Central America on any kind of birding trip cannot fail to have seen members of this engaging and above all very bright family. When I went to Costa Rica a few years back they were a constant feature on hotel and lodge feeders. Rather than have a well-earned siesta in the hottest hours of the day I was instead to be found watching Tanagers. Obviously that it is a distant memory, and likely to stay that way for a while yet, but thanks to the magic of the internet real live Tanagers are still possible. And they're good for you. The nobler among you may dismiss the concept of webcam birding as a weak substitute for the real thing. That's fine, you go and enjoy your Dunnocks and get a good soaking. Me, I'm warm indoors and watching the most magical birds.

Of course I only have half an eye on them - probably less than that - as I'm actually working, a prisoner of a punishing first quarter schedule that even if there were no pandemic would see me chained up in front of various screens with little to no ability to go outside in daylight hours. But if I get a few minutes between meetings then I fire up a feeder cam for a while and sink into the tropics. My current go-tos are as follows:

At the moment the Ecuador seems to have the edge in terms of visitors, and in a short time I've racked up more species here than Panama, a succession of sublime species. Tanagers, Hummingbirds, Saltators, Euphonias, Motmots and Barbets. And of course you also get the sound to round out the experience - trills, chirps, insects, waving foliage. It's glorious. I've been using background sounds as escapism for a while now, ie "Alexa play rainforest sounds", this is just a notch up I suppose. In a world where you can't travel (or won't travel) this is a real boon, and even though it sounds lame this form of escapism has been extremely useful - calming, stress-relieving and just very pleasant. A rushed watch-checking tramp around a sodden Wanstead, overrun with people trying to avoid each other (or not....), or being whisked away to the tropics? Right now I am a proponent of the latter. This won't always be the case but right now I am finding it invaluable.

There are downsides of course, such as when you fire it up and for the brief five minutes you have all you see is a Squirrel stuffing its face and no birds whatsoever. Squirrels and bird feeders, it is the same the world over. Or the Tayra that came to visit and ate everything in sight, including drinking a fair amount of the sugar water in the Hummingbird feeder. And at night (ie during our morning) bats and nocturnal mammals visit as well. If you can stoop so low I urge you to give it a go, just for a couple of minutes. You'll see. 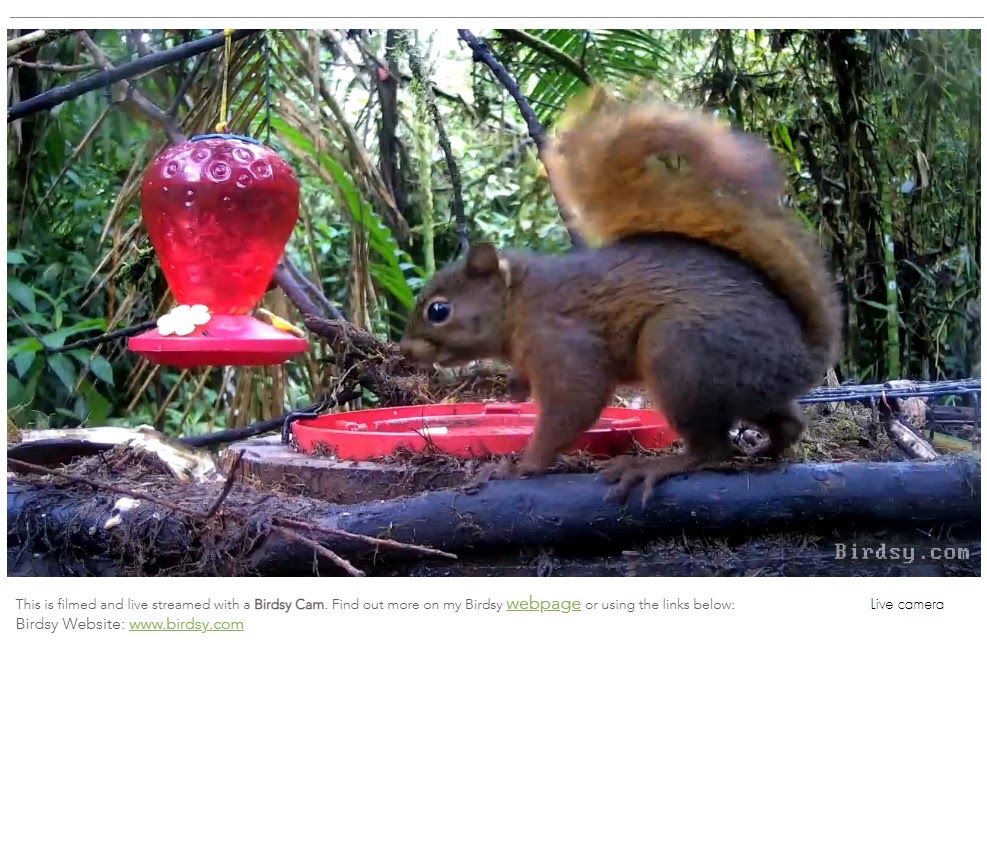 Posted by Jonathan Lethbridge at 09:53