I failed to mention it yesterday but being locked down at home combined with a big continental freezeout has meant my Wanstead year list has got off to an absolute flyer. I had to look back as far as 2012 to find a year that was even close, 78 by the 11th February. I reached 78 yesterday with that Kittiwake, so there were only two days in it, but I've managed to stay ahead of the curve by adding a 79th today which extends my horizon to the 24th.

This was a pair of Snipe flying down my road like Pigeons. Even during this cold snap 99 out of every 100 distant birds I put my bins up to seem to be Pigeons so this was actually quite a surprise. My desk is underneath a big velux window and because peripheral vision is so sensitive even if I am looking at my screens I will tend to notice anything that passes across it. I don't always leap up to have a look but I did on this occasion and was very pleased I did - only the fifth record for the house list and whilst easily annual it is not a bird I see frequently here and last year it took me until the 20th September to get it on the list.

Of course that is the truth of it. No matter what you see when, when you chart it on a graph the lines all trend to more or less the same place further on in the year at some point, and by the end of April any variance is much reduced. I am what is known as 'ahead of the curve' at the moment, but eventually I'll simply run out of new birds. Nonetheless this can definitely be considered a fine start 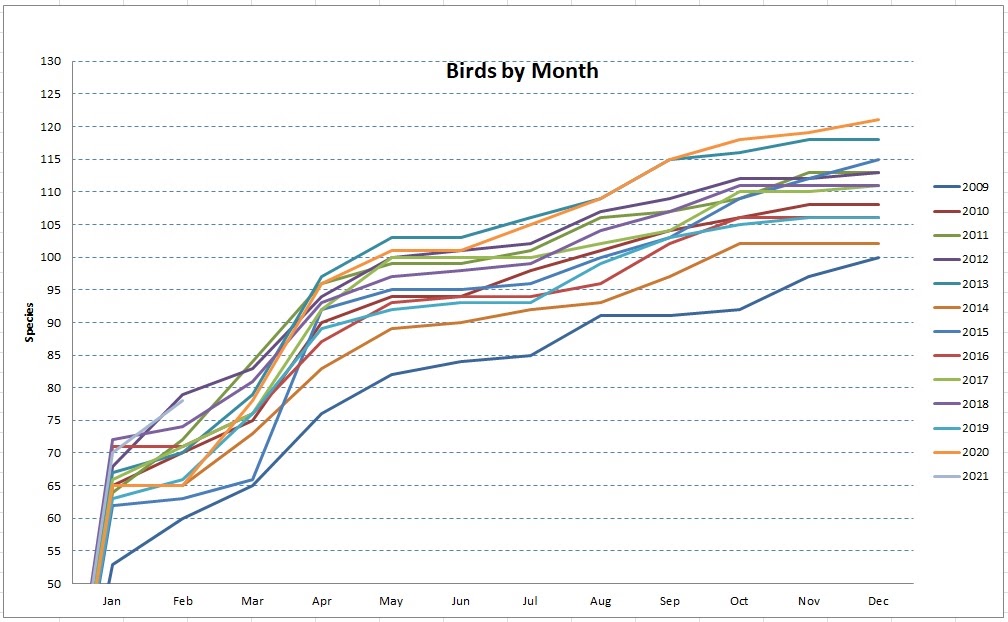 Other birds today included 114 Lapwing heading generally west, and a handful of Redwing. And I didn't go outside once, so work notwithstanding I remain hopeful of Golden Plover! That would be a full-on house tick, and this cold represents my best chance ever. 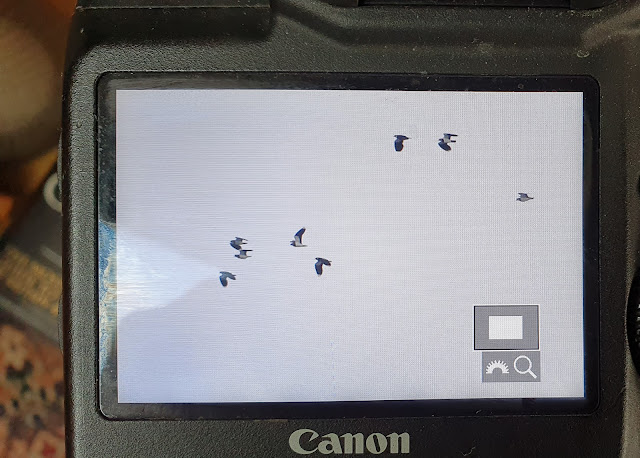 Posted by Jonathan Lethbridge at 18:32