Good grief it was cold this morning. But having been cooped up indoors all week there was no way I was going to let this opportunity pass me by, and so well wrapped up and with a flask of coffee out I went. Most of the Wanstead crew had the same cravings and as a loose gaggle we scanned the horizons for diplaced waders for most of the morning. It was moderately successful, with over 300 Lapwing for our troubles, and for Rob and I who were just slightly ahead of the crowd (er, I mean, a socially-distanced collective....) a single Golden Plover.

I do pity the birds in this weather. Some of the geese had ice hanging off their feathers (one later had to be rescued), and a female Gadwall had a covering of ice over her beak. I think it was just a casing as she seemed to be dabbling successfully, but nonetheless, how cold does it have to be for ice to form on a bird's beak?

The exceedingly tame Shelduck was also still around. Opinions vary on whether or not it is kosher, but I reckon it is just the very cold weather that is inhibiting normal behaviour. I am also able to walk right up to Gadwall and Shoveler, which never normally happens. Apparently it warms up considerably tomorrow, and not before time. The birding has been great but the longer it goes on for the more problematic it becomes for many species. No doubt there are already many casualties, I've seen plenty of coastal birders reporting carcasses on the tideline for instance.

Here are a few photos from first thing and before I started my Lapwing vigil. 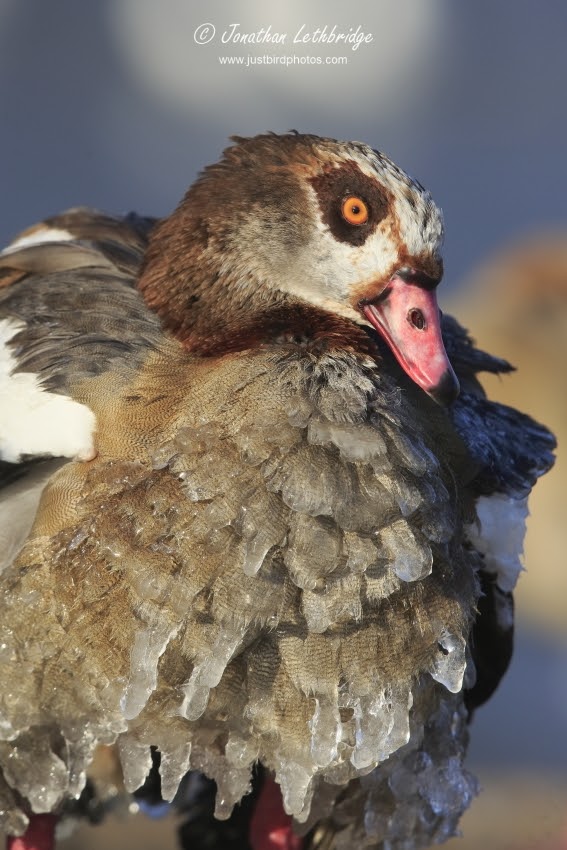 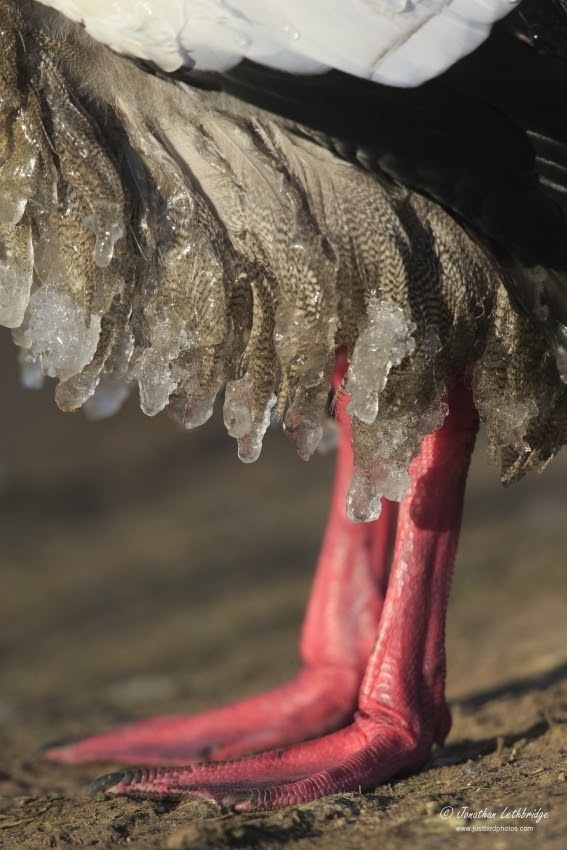 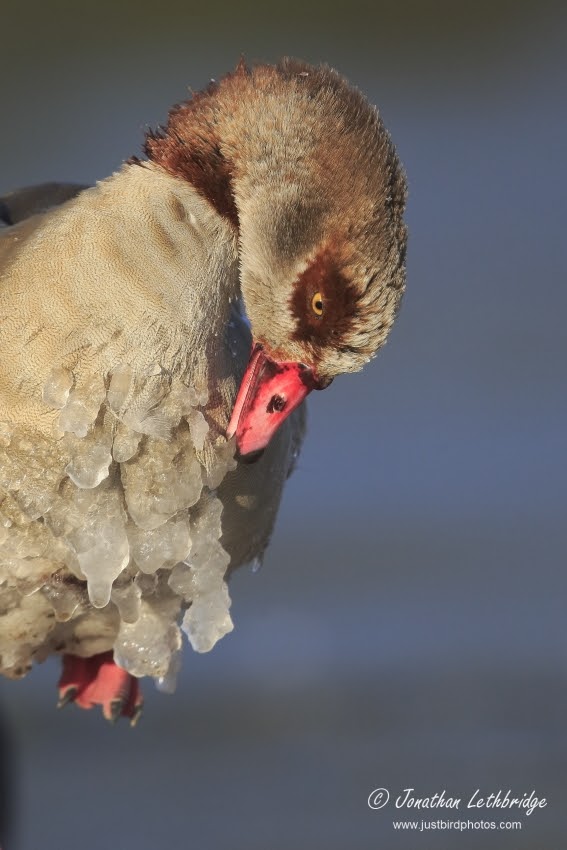 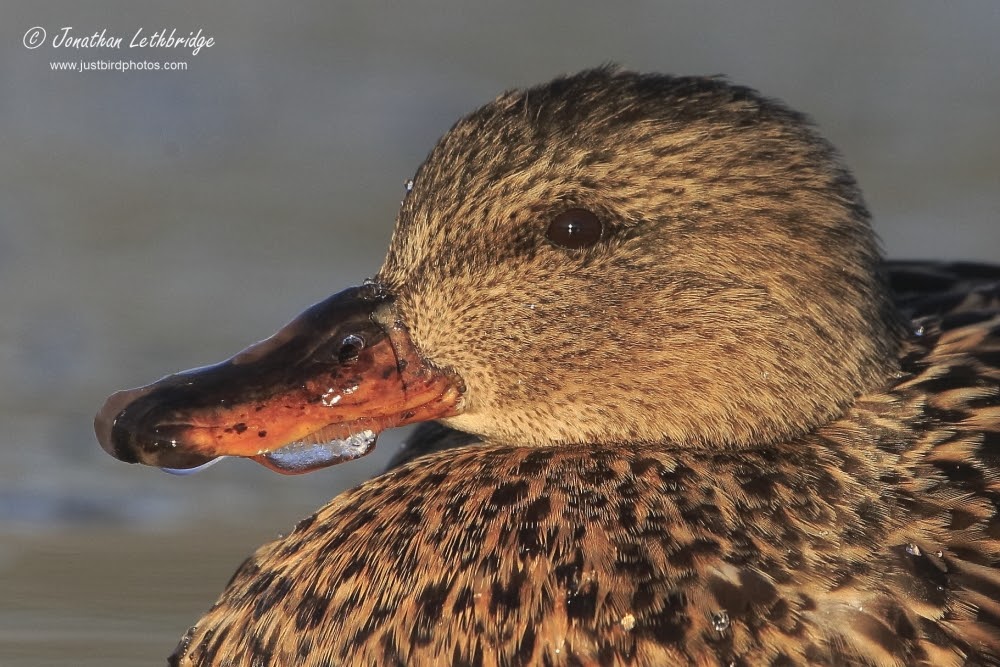 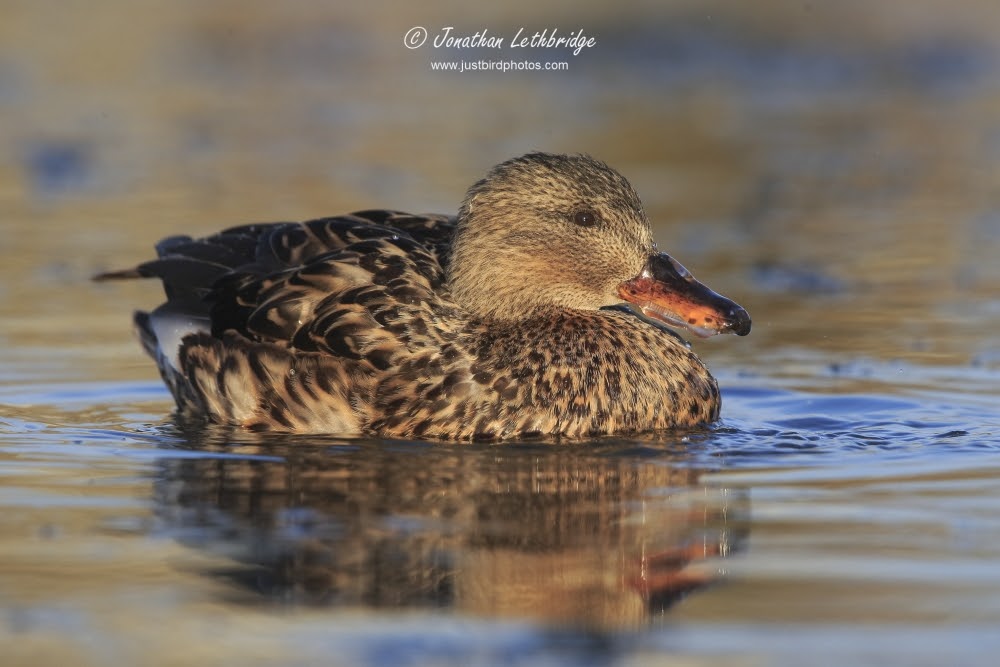 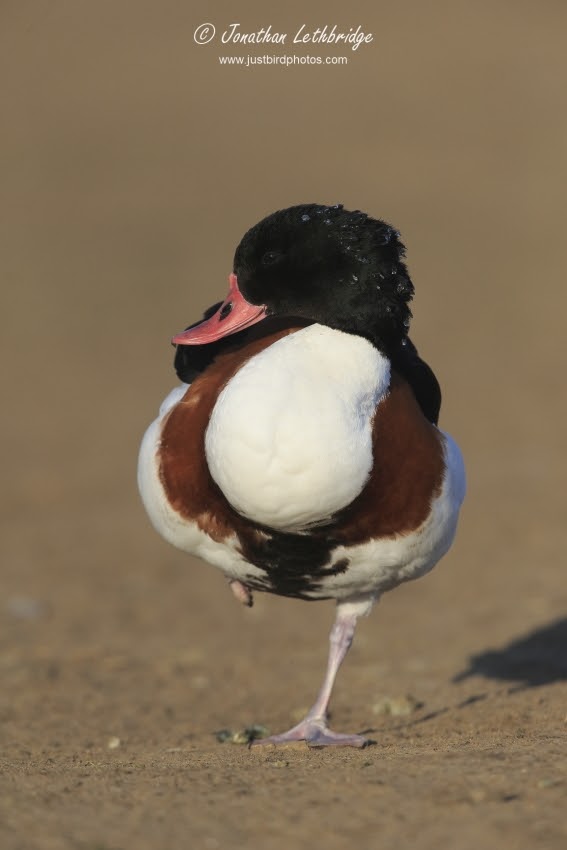 Posted by Jonathan Lethbridge at 15:26