You may recognise the song, or you may not, but I believe these are the original lyrics that Brian May, a keen patch-birder, had in mind before the rest of the band convinced him to change them to the version that appeared on the album. I prefer the original version, and this morning I find myself singing it happily, for I have just had a patch tick, and as you know, that is one of the best things that can ever happen.

Overcoming a mild hangover, I was slightly later out onto the Flats than I would have liked, but no matter, it was a glorious morning. Woodpigeon passage was fairly strong, and in the hour and a half that I had out there I counted 364 going over, all south. But that's not what I'm here to talk about. Woodpigeons are dull.

Yellowhammers are not dull, and I'm here to talk about one that now resides happily on my Wanstead list. I've been unable to get out early mornings for some time now, and have been well and truly gripped by the almost constant reports for Yellowhammer from the area we call the broom fields. I came close the other day on a rare early visit when a Bunting-shaped bird flew over and gave a very suspicious and clipped "tsit", but disappeared high to the north without making any more noise. Bummer, as they say. Not quite good enough, and I moved on, weeping.

This morning, stood in exactly the same place, and at almost exactly the same time, it happened again. A Bunting came from behind and low to my right, gaining height, and flew in almost the same arc as the last one, but fortunately gave not only a number of "tsits", but also some slightly more drawn out "tseets". It was paler underneath, and with only a hint of yellow, so I am assuming an immature bird. Anyway, I am now convinced beyond doubt that there is a Yellowhammer on Wanstead Flats, though what it is doing here, and where it disappears off to in the mornings I cannot say. If all the reports refer to the same bird, as is likely, then it has been here quite some time, and my hope is that it will stay longer, and that like Tim and Nick, one day I will have it land in a tree near my head. 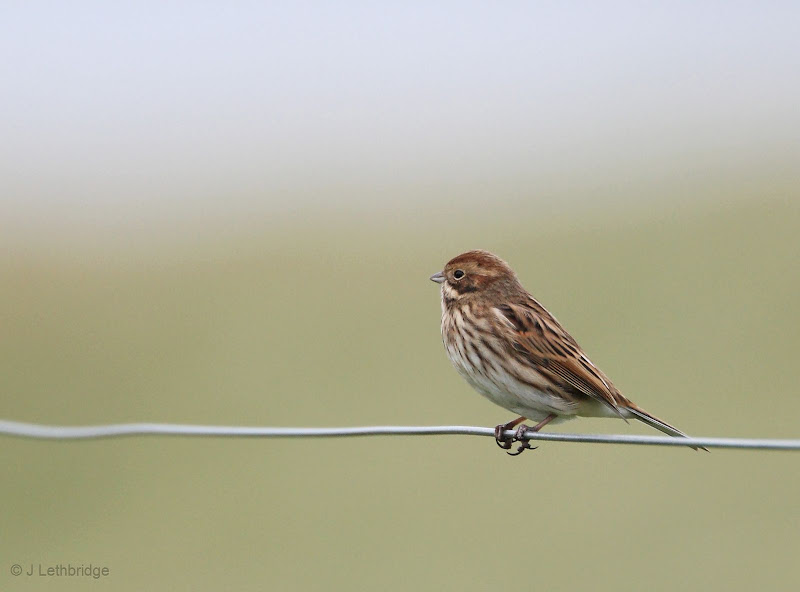 Not a Yellowhammer, but very nice nonetheless.

Posted by Jonathan Lethbridge at 10:58