Yes, I am bored

There are no birds to see, and even if there were, the particular type of pollen that my nose and eyes object to is off the scale today. I can barely go outside and I'm dreading the school run. And as for wondering what to put here, as Thing from Fulham says, in the total absence of bird-related material, I'm feeling vaguely guilty about posting yet more photos of moths up. Not guilty enough though...

Here is one I caught a couple of days ago. VERY exciting, it being my first plume moth. 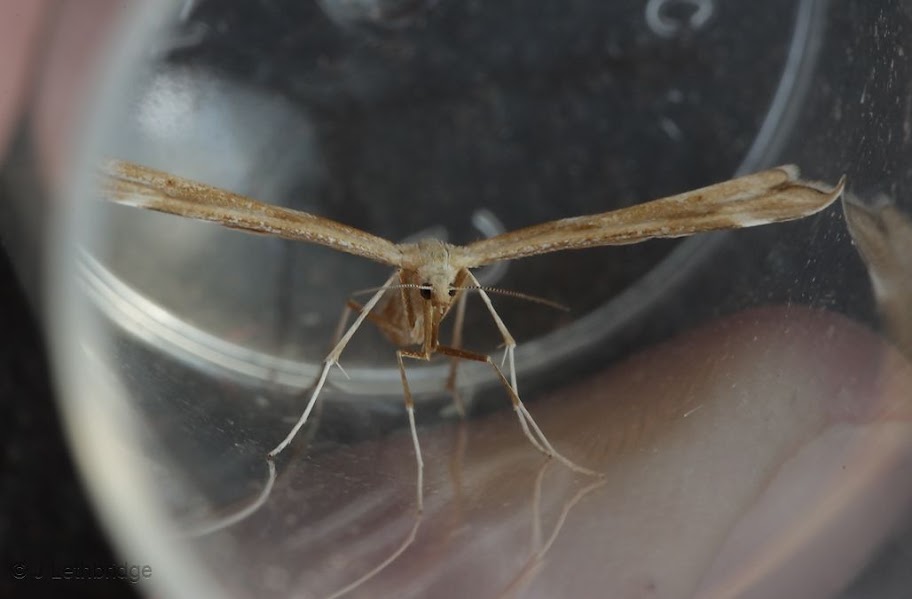 Lets look at that from another angle. Yup, wow. Imagine if it were six foot long! 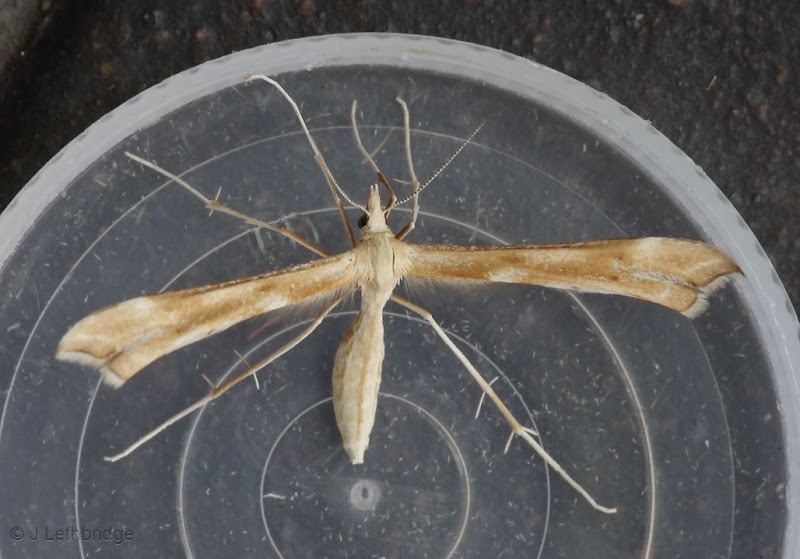 Anyway, keep admiring the Platyptilia pallidactyla, I have to pick up number one son from school, and who knows what excitement that might bring.

Right, I'm back, and actually there is some interesting news. Well, depends on your point of view I suppose, but it is at least news. It needs some lead-in though, so bear with me.

There is a child at the school - no, really - who is in a different class to Muffin. I don't know which one, and it doesn't matter. The child is from somewhere in Eastern Europe, I don't know where. It is not the child I am going to talk about though, it is its mum. Occasionally I coincide with the mum. She is always on the phone, which is how I know she is from Eastern Europe somewhere. On the way into the school, on the way out of the school, the phone never leaves her ear. I have never heard her even talk to her offspring, she has always been on the phone. She is blonde, very thin, and in bird-speak, has extremely distinctive primary projections. She also wears very interesting outfits. I would not like to speculate on what her career might be, but one of the more popular outfits is a pink velvet crop-top tracksuit with "juicy" written in sparkly gold writing across the backside. A fetching Leopard-skin print leotard is another favourite. Today's outfit was a new one though, some kind of figure-hugging blue mini-dress, but with a difference. On the front, at the top of the front, where many people might have expected dress material to be, was some kind of drawstring contraption. Kind of like shoelaces, but for breasts. Don't forget that I am on the school run here, in the playground. I am not in Soho at 1am on a Friday night. At the moment, the child is probably only about seven, and thus entirely unconcerned that his mother comes to pick him up looking like some kind of cross between an oligarch and a prostitute. I just snigger quietly at the ever-increasing inappropriateness of the outfits, but many of the mums on the school run wear more material round their heads than she wears in a week, and I can imagine that they might find this rather disturbing. Anyway, the interesting news is that today's staggering outfit revealed that her left (and strangely spherical) boob has a tattoo of a heart with four lightning bolts coming from it. Classy.

At this point I expect many of you are crying out for a photo. I am not going to disappoint. Here is a Blotched Emerald. Pretty nice eh? 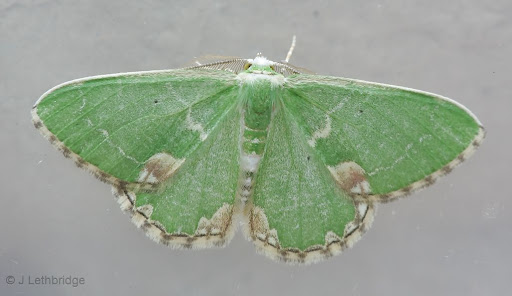 Posted by Jonathan Lethbridge at 14:58