Life continues apace. I've just spent a few days with my family in Fife in advance of Christmas. Various issues conspired to make my travel as difficult as possible, but I am an old hand at negotiating such trivialities these days. Did I mention that our flight back from Provence was cancelled, the replacement the following morning also cancelled half an hour later, and that we hired a car and drove through the night to Geneva to get home? A bit of snow and a train strike is nothing!

I spent little time birding, but what I did up there was very good indeed. A few days before I got there an immature Lesser Scaup had been found on Kinghorn Loch which is not very far from Central Fife where my parents live. The day after I arrived I nipped down there for an hour. I only had bins, other optics had been sacrificed in favour of Christmas presents, but I found the bird very easily amongst the Tufted Ducks. A drake Ring-necked Duck was on the other side of the loch, and a Kingfisher flew across as I was scanning - all decent county birds.

I also briefly dipped the Stejneger's Scoter at Aberlady bay after taking Mrs L to the airport on Sunday, but I can have no complaints really. I naivley hoped that I would just bowl up and someone would have it in the centre of their scope. No such luck in the two hours I had, but I did see more Fieldfare than I have ever seen in my life, and found a Short-eared Owl in the dunes which my East Lothian list was very pleased with. It was a nice prelude to the football final for which made an uncharacteristic exception.

The real excitement during my visit though was in the garden, which is probably where I spend most time birding whenever I visit. Before work on Tuesday morning I was standing in my favourite skywatching position on the side of the house when my ears registered a harsh squawk. My brain filtered it out immediately and I carried on looking at the sky. Another squawk. This time my brain allowed this to dribble through to my conscious self, and various thoughts started to form. Wait, what? Gah!! It cannot be! And then sure enough a Ring-necked Parakeet flew over the garden and on through the village. Bloody hell! Is nothing sacred? I had noted a very small number of records this year on the Fife News Whatsapp group, but I hadn't really given it much thought. One does not twitch Ring-necked Parakeets if one has any sense of self worth.

Needless to say this was a new bird for the garden, for Fife, and for the whole of Scotland, and I am staggered by it. A lost waif, or the vanguard....? Given the siuation down south I fully expect the latter, which is backed up by the latest eBird distribution map. Oh dear. 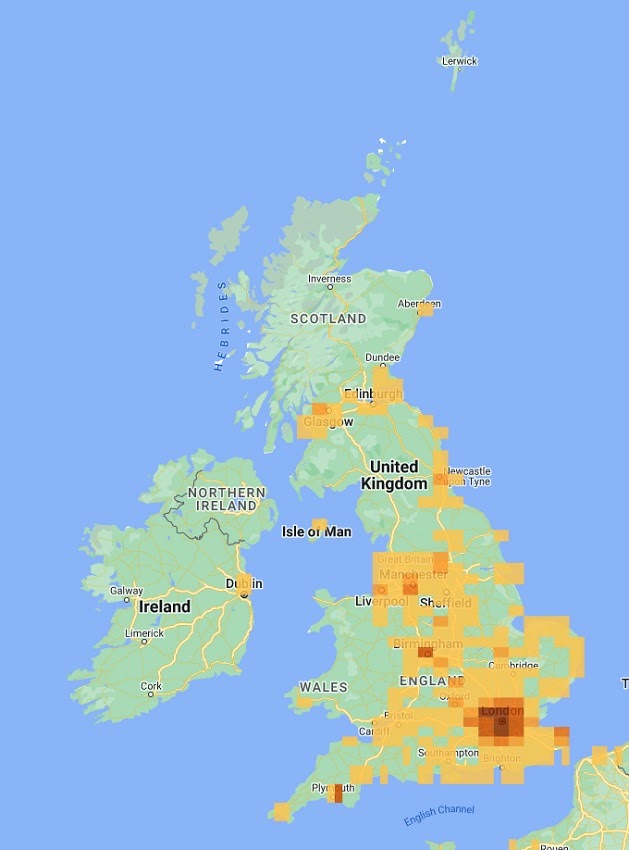