The internal flight from Bogota takes about 35 minutes, although we were probably onboard for double that. My first flight with Avianca, and I was not impressed that the lady opposite me had a rosary and was clearly praying fervently that we were not going to plummet from the sky. Maybe this is a South American thing?

The birding began immediately, with Blue and White Swallow and Eared Dove seen as we walked to the terminal. We were met by Ernie, a long-time driver for Mannakin, so now we were six up in a smart white minivan. Our first destination was the reserve of La Romera, on the eastern slope of the western cordillera - we crossed Medellin and then climbed for a short while, desperate to be birding after hours of travel. It did not disappoint in the two hours we were there, though looking back a list of 21 birds seems slim, especially as much of what we saw were ABA birds that I didn't need such as Swainson's Thrush, Black-and-White Wabrler and Blackburnian Warbler. Quality not quantity though, with the main endemic target of Red-bellied Grackle and Andean Motmot seen very well. 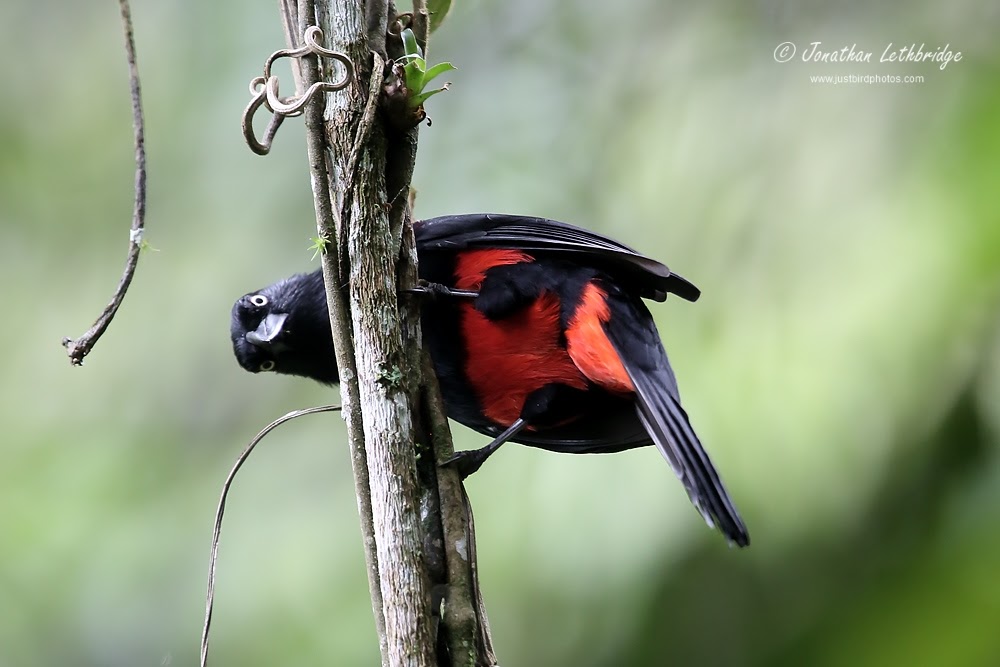 Back on the road we stopped for lunch south of Medellin en route to Jardin. Whilst waiting for the food arrive we continued birding; the roadside restaurant was clearly on the birding trail as it had feeders set up next to the tables that attracted various Tanagers, a Buff-throated Saltator, Steely-vented Hummingbird and numerous Acorn Woodpeckers. A Colombian Chachalaca perched in a tree. 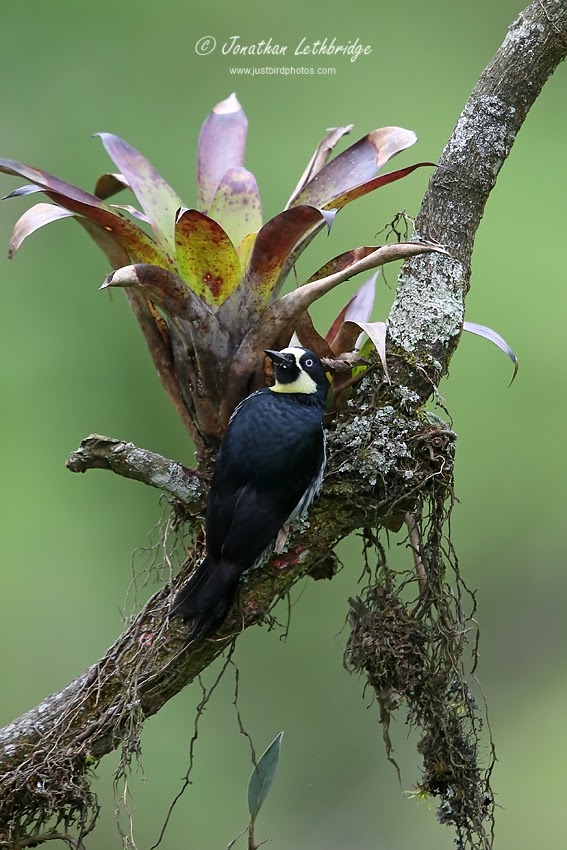 We continued on to Jardin, arriving late afternoon. The main attraction here is a well-known Cock-of-the-Rock lek, and we went straight there. This for me was a dream bird that for some reason I had thought would be hard - all crazy-looking birds like this are hard to see aren't they? As it turns out they are not hard at all, and we had double figures at point blank range, constantly squabbling and making a massive racket. Wow! The only down-side was the density of the canopy, with the birds almost always in deep shade on a steep south-facing slope. Thank goodness for a) my monopod, and b) the high-ISO capabilities of my trusty old 1DX! Hummingbirds here were Green Hermit, Steely-vented, and Andean Emerald. This close to the equator the days run from 6am to 6pm, and we remained birding here until sunset. 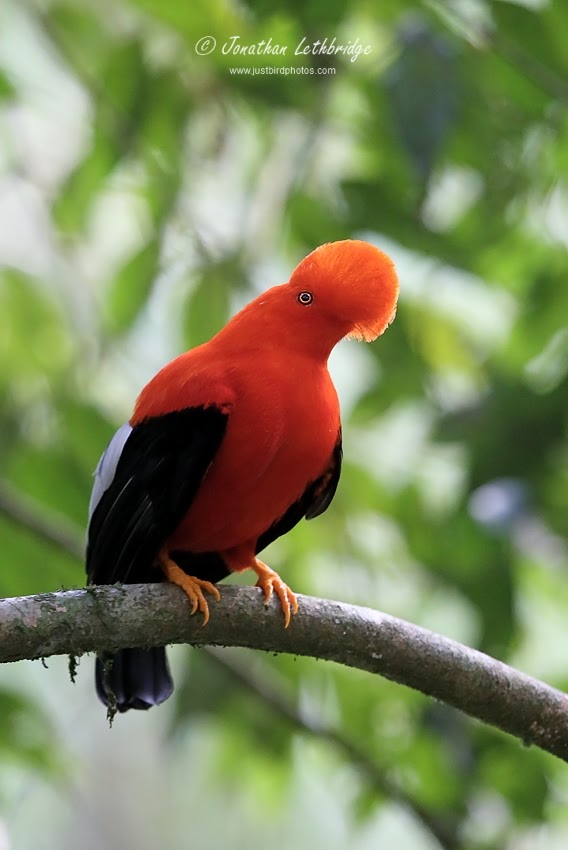 In the evening we ate pizza on the main square in the party-town of Jardin. It was a long weekend and many people from Medellin and the surrounding areas had arrived to relax. This they did very loudly into the small hours, which given we had a very early start was rather hard going. Still, we were here, we were birding, and promise hung heavy in the air! The following day we were birding the road known as Alto de Ventanas, and the RNA Loro Orejimarillo (the Yellow-eared Parrot Reserve). There were also some Antpitta feeders.....