We completed the final part of the drive in the dark, arriving in the small village of Kraymorie just below Burgas at a decent time for some food. Then straight to bed in another eclectic Bulgarian hotel; the kind where the decor leaves a lot to be desired and barely anything is still attached to the walls. This one had a mermaid theme going on as I recall, quite niche.

In the morning we had a quick stroll along the beach a couple of blocks from the hotel, and I wa finally able to add my much-wanted Bulgarian bogey bird: Black-headed Gull. 25 of them in fact, I don't say this often but this may have been an occasion where eBird was simply, ahem, wrong. or whoever entered all my eBird history was wrong. Ahem. I did not photograph this momentous sighting so it remains forever undocumented. We got our first Pygmy Cormorants here along with their bigger brothers, and it generally felt far more birdy than further west; we had made the right choice.

After breakfast we explored the coast immediately west of the village, Chengene Skele Bay. This delivered a good selection of waders that once again we could get nowhere near. Even the cowardly Cormorants buggered off, but not before I managed an educational shot from behind a rock which I now present. My Bulgarian list increased by Greenshank, Knot and Wigeon. In that order. 197, some serious excitement beckoned.

We gradually birded up through Burgas (there are lots of lakes and salt pans) to the migration hotspot of Atansovsko Lake. At the south side of this there is a spot where birders congregate to observe birds passing south, and without a scope we hoped to find some. As luck would have it there was one there, scope present and correct, and who should it be but Dancho, our guide from all the way back in 2012. I unfortunately did not reecognise him; like 98% of the population he now has a beard. The male population. But I of course have not changed a bit, and incapabale of growing a beard he recognised me straight away. Especially when I ID'd an Eagle as a Buzzard. With Dancho's help we got quite a good list here, but the birds came over at considerable altitude and photography was completely out of the question. Greater Flamingo became my 200th species in Bulgaria - again this felt rather suspiciously duff, but re-reading my blog from 2012 I cannot see any mention of Flamingos whatsoever so maybe this is in fact correct.

Dancho gave us some good gen about where we might get to within camera-range of birds, as well as news of a Bulgarian rarity at Poda, a Grey Phalarope. We had visited Poda on the 2012 trip, a key site for the BSPB, and I remembered it being good but hadn't been able to remember what it was called or where it was. In bright sunshine, the site for photography would only be good towards the end of the day, so we decided to head for Poda first, unfortunately all the way back through Burgas and some particularly annoying roadworks.

At Poda we racked up nearly 40 species, including loads of waders like Marsh Sandpiper, Avocet, Curlew Sandpiper, Spotted Redshank, and the mega Phalarope. This remained hugely distant, but here it is anyway. Proof we saw it.... sadly, as I will come to relate, this does not always happen. 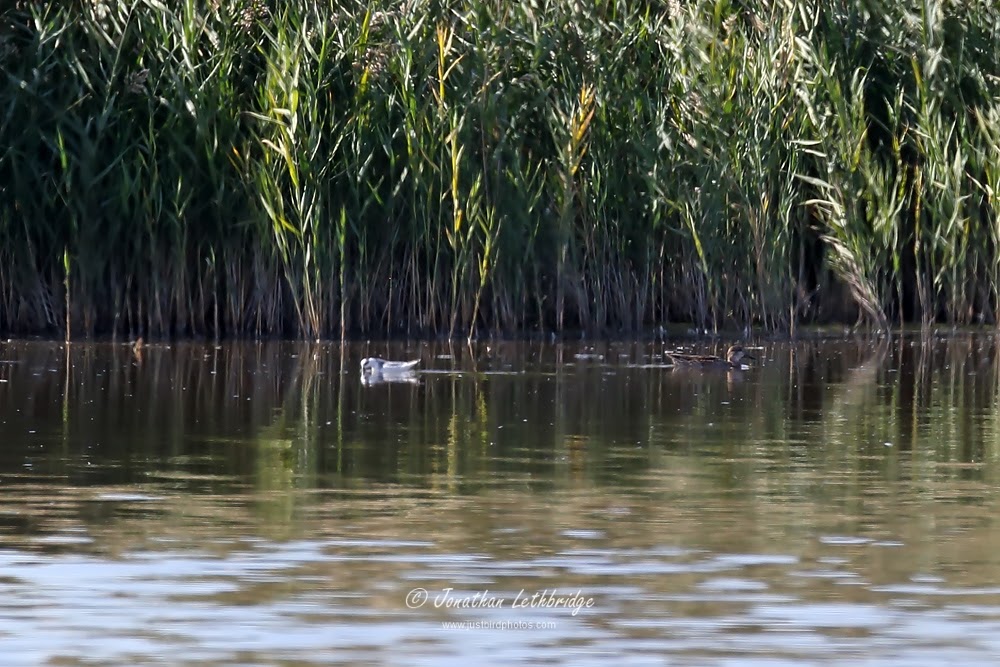 The final stop of the day was at the Pomorie Salt Museum. As Dancho had mentioned, we were finally able to get close to some birds. Mostly these were Dunlin rather than anything more interesting, but on day three of our trip and with basically one species satisfactorily lodged on our memory cards we would have taken anything. It was all too brief though, the light dipped and the birds moved further out. With some daylight remaining we checked out a few areas around the lake, and near the pumping station found a very friendly Water Rail which we earmarked for the following day when we hoped the light would be nothing short of divine. It had been a good birding day, the trip list had advanced hugely and my Bulgarian life list along with it. 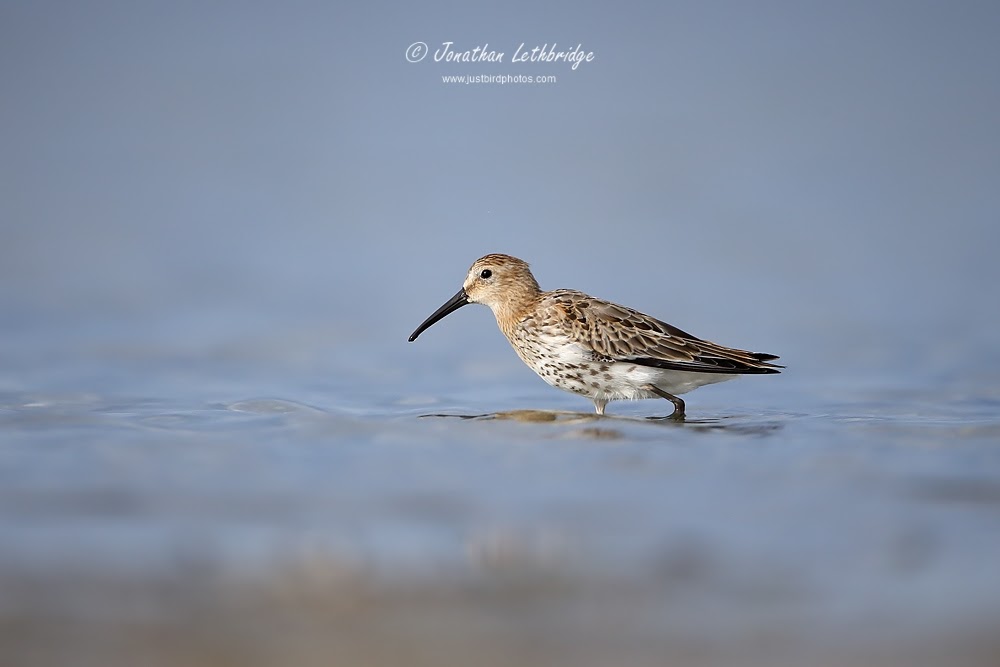 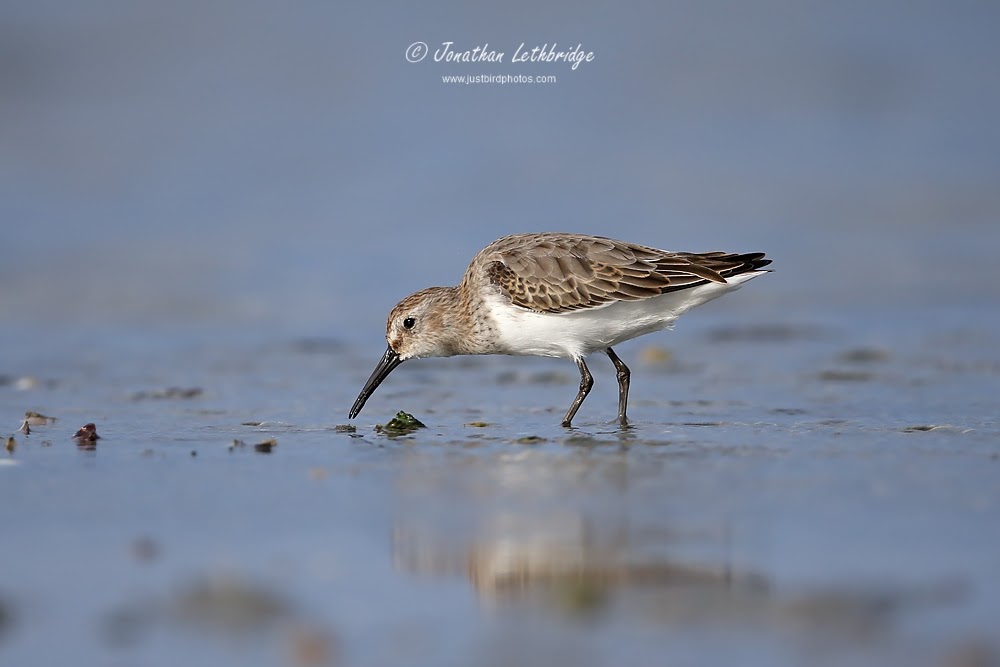 Posted by Jonathan Lethbridge at 22:58