Low-carbon local birding is clearly a growing theme in 2022, and like many others I'll be doing a local patch list this year. This is not as novel for me as it is for some, something like my 15th in succession - all on foot with the odd emergency twitch by bike. From memory the Black-necked Grebe, Iceland Gull, Mandarin Duck and Red-crested Pochard were all arrived at very rapidly on two wheels; the journey back often a bit slower, my fitness is appalling. Look however at this trim young man who last year cycled 3500 miles. That's roughly London to New York. Pete has several years on me, and I...well, I have several kilograms on him. Well done Pete, absolutely amazing. If like me any of you are in need of inspiration please go and read about his adventures.

To my chagrin my 10km never really took off last year, and it is not like I did much else. Partly I suppose this is because I was so intensely wedded to Wanstead, but it was also because I am very lazy. This laziness is only really present prior to any given activity, once I actually start everything is fine, most enjoyable actually, but I find that initial hump so hard. Consequently it is easier to wander across the adjacent and familiar. This apathy hump does not just apply to things that require physical exertion, it's many things, almost everything in fact. Reading a book, mowing the lawn, unstacking the dishwasher, twitching.... yes, even twitching. I 'need' both the Pacific Diver and the Belted Kingfisher that so many people have been to see. I would dearly love to add them both to my UK list, yet I cannot get over that initial hump, which in this case is getting into the front seat of the car and turning it on. The thrill of either of these birds would be amazing, I know I would love it. If there was a way to get there instantly, without a nine hour round trip, I would have gone immediately. As it is I reckon I'm going to miss them. I couldn't drum up the enthusiasm to go see a confiding Little Bunting in Bexley. Hell, I couldn't even be bothered to go to Walthamstow for the Dusky Warbler, a bike ride of perhaps 40 minutes. That's where I'm currently at.

But I have managed a few little excursions in Wanstead, which whilst very same old same old I find does fit with my current life goals. I had a good mooch around Bush Wood which I already recounted, and then one day last week before work, perhaps the only day when it hasn't been constantly raining, I overcame the "oh it's a bit cold" type of crap and got out into the Park just before dawn. It was excellent, nicely cold with half the water bodies almost totally frozen and birds nicely concentrated in open patches and easy to count. Of note was a Water Rail skittling back into the reeds at Shoulder of Mutton as I came around the corner, and then down by the Ornamental Waters a flock of about 40 Siskin came across from one of the islands and landed in a large tree at the bottom of the Glade. As they flew off again they were joined by another 30 that I had not noticed in an adjacent tree, an impressively noisy swirling cloud.

My fledgling 2022 effort now stands at 54. I know for a fact that there is a Pochard at Jubilee, and the possibility of Linnet there too, but there's that hump again.... I was about ready yesterday and then it rained all day. Again. There is plenty of time ahead of course, but what should be spurring me on is the arrival of the Golden Mallard in the post on Friday. This fine porcelain gem is the major prize in the annual (and original) patch list challenge that I have been participating in for several years now. So not only was 2021 record-breaking in Wanstead, it also gained me custody of the coveted Mallard for the next year with a score of 116.27%. The rules are that the average of your prior three years of patch lists is your new baseline of 100%, thus a good year puts you at a distinct disadvantage for the following the year, and to a lesser extent the next two years as well. As such it is rare that the Golden Mallard spends longer than a year with any one of us. Its last journey to Wanstead was in 2016, and given the number of birds I need to see to even get to 100% this year let alone retain it, it is certain to migrate to pastures new in 2023. For now though it has pride of place on a small table upstairs where it reminds me that I should get out more. 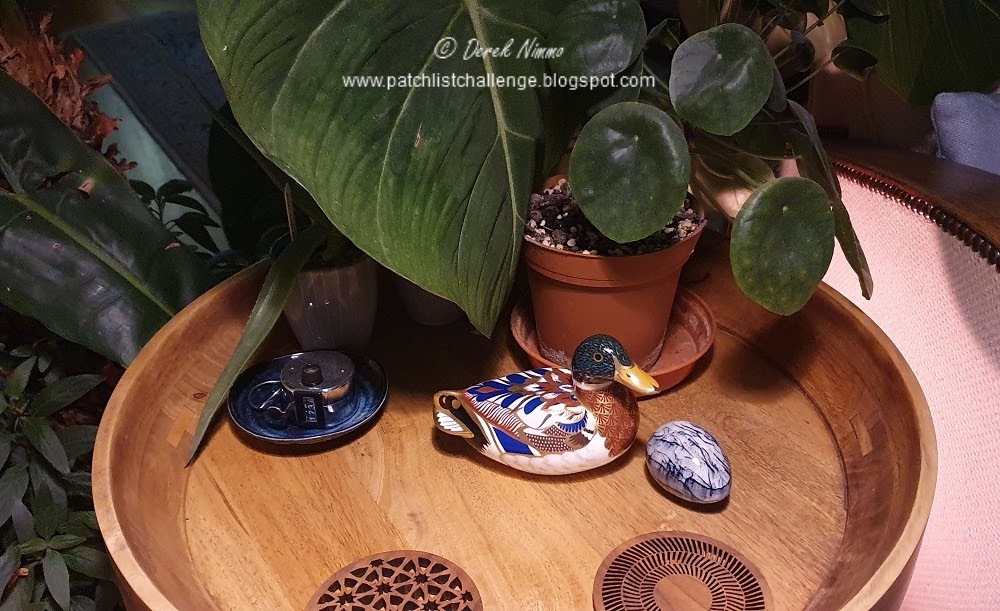