I didn't strictly need to go to the chicken place whose name I could never remember as I'd seen Greater Prairie Chicken in the Pierre Grasslands in South Dakota. But with my final days somewhat in disarray I decided to go anyway - the spot is called the Buena Vista Prairie Chicken Meadow. It was a convenient place to stop for the night, being about three and a half hours from Minneapolis and then two hours to the shore of Lake Michigan. I could bird the area first thing in the morning, and then race ahead of the arriving storm to the lake. Now Friday morning, this was due to arrive in the area in a few hours time, and would extend in a huge arc from Duluth in the north to Green Bay in the south, and perhaps lower.

By 8am I was driving around the grasslands, having jammed a pair of Trumpeter Swans en route. It did not take me long to find some Prairie Chickens - 23 birds in a series of tall trees. As with Sax Zim in Minnesota and Kelly's Slough in North Dakota the area was very large, but that also meant I could bird from the comfort of the car with the scope set up on the passenger seat. Other birds here included Bald Eagles, a Red-tailed Hawk, and a nice flock of American Tree Sparrows.

Good birding, and my Wisconsin list was growing all the time, but I noted the wind beginning to get up and a drop in temperature, the first signs of the incoming weather, and decided to made tracks. It was about a two hour drive and I made the lake shore at a place called Manitowoc by 11am and started off by birding the slough there. The first flakes began to fall, but really it was the wind that started to make life difficult. My first Lesser Scaup of the trip and a variety of other ducks were present along with ubiquitous Canada Geese. Birding around the impoundment near the harbour added my first Great Black-backed Gull, a Long-tailed Duck, Goosanders, Mergansers and Goldeneye, and yet another Snowy Owl way out on the breakwater near the small lighthouse. It was really cold with ice on the ground. Slightly further south, on Lake Michigan itself, a stop on the beach netted an adult Glaucous Gull bobbing on the water amongst 200 or so Herring Gulls. With the weather properly closing in I continued south to Port Washington where the harbour yielded another Long-tailed Duck and several Bufflehead, but now it was intensely windy with flurries of snow, and the forecast had changed to include Milwaukee in the zone - a city I was still north of. I continued south, attempting a stop at North Point, but it was unbirdable as well as really dark - much earlier than usual. I booked a hotel in Racine and headed straight there to sit it out, find somewhere to get a Covid test, and watch the weather channel. It rained heavily from about when I arrived and continued all night, and rather than about heavy snow in Minnesota the news was instead all about Tornados in Kentucky - the warm side of the front. 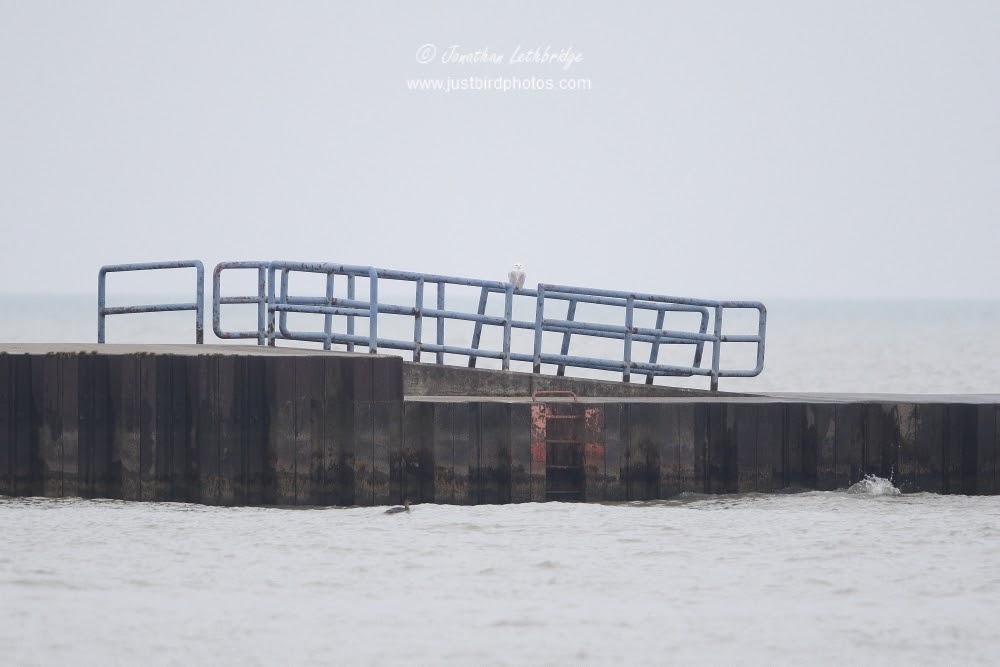