I woke up and did a COVID test. People reading this in several years time may wonder what on earth I am on about, but in late 2021 you could not do anything or go anywhere without paying for the privilege of poking a cotton bud up down your throat and up your nose and then taking a pregnancy test. I was not pregnant luckily, and so a short while later I got sent a QR code to prove this, which I then used to populate a mandatory government web-form along with some details about my vaccination status, what plane I was getting on, where I lived, what I was planning to do for the next ten days and various other details. All this took about an hour of prime birding time, but I was finally ready.

A quick look at Lake Las Vegas, right next to the hotel, did not produce much - a handful of Great-tailed Grackles and a few Collared Doves. I did not linger, I was hungry. Enter Denny's, America's diner. Franchises are found across the land, and all serve monumental breakfasts. I find most American fast food grim beyond description, but for Denny's hash browns I will make an exception. Wonderful. I had the All-American Slam - a huge heap of hashbrowns, 2 strips of bacon, two sausages, three poached eggs, toast and coffee. 490 calories minimum, I would not need to eat again until the spring. 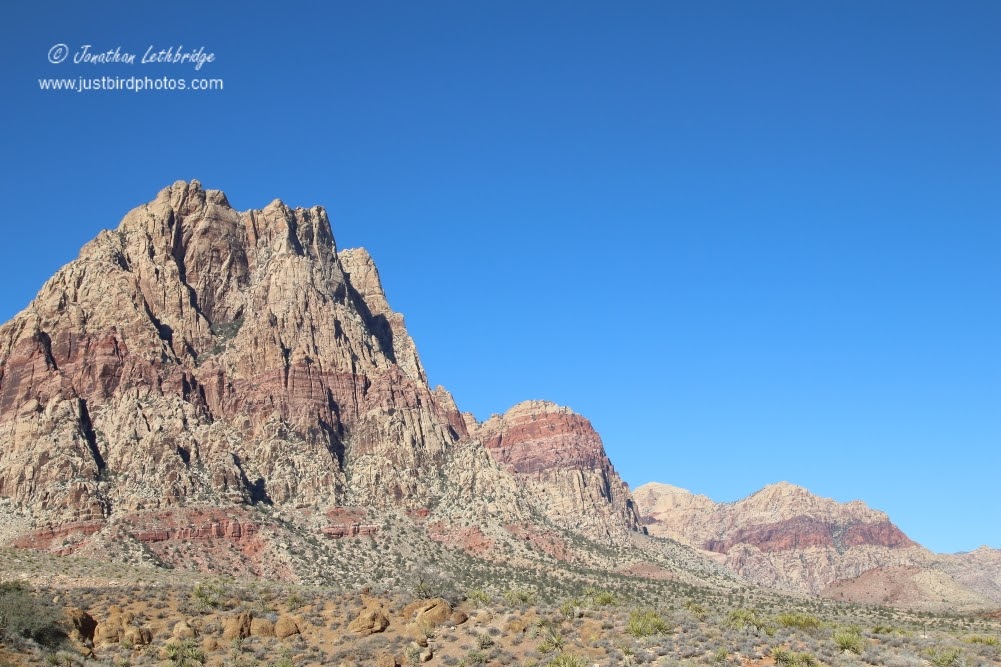 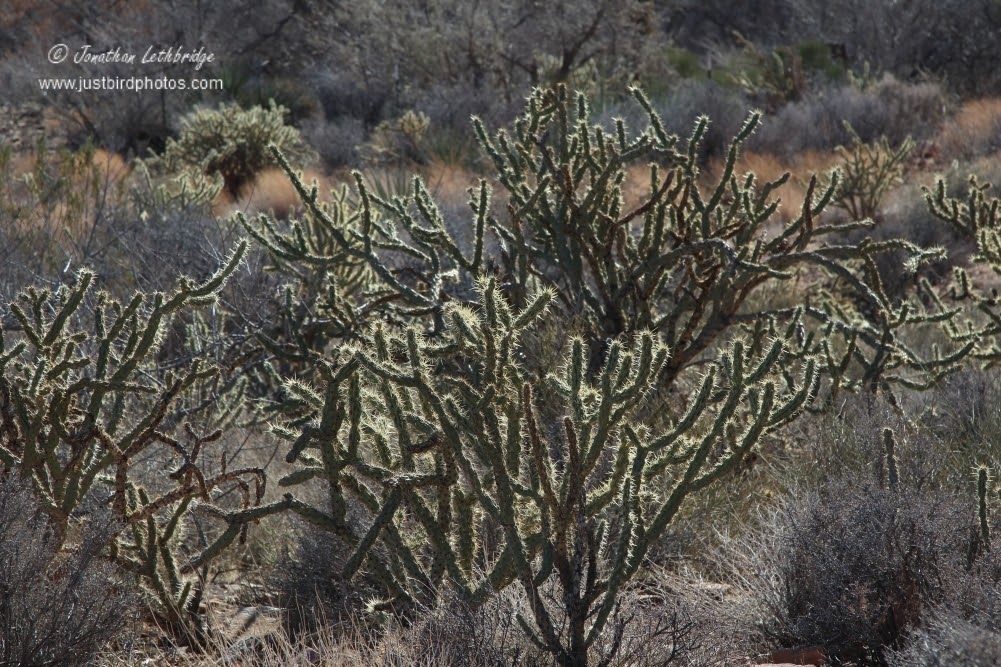 Sated, I staggered back out to the car and continued west to Spring Mountain Ranch State Park - target Pinyon Jay, a bird I had missed due to roadworks in Colorado. Little did I know at the time that within a fortnight I would have another chance. At this site there are both Woodhouse's Scrub Jay and Pinyon Jay, and it took a few minutes to overcome my initial excitement at having scored so quickly to realise this and start to look and listen more critically. After stalking several birds I managed to find what I was looking for - a generally greyer bird with less contrast on the breast and bluer on the face. A pair of Golden Eagles soared about the crags, Anna's Hummingbirds flitted around, and the scrub was alive with Verdins, Dark-eyed Juncos, White-crowned Sparrows and Spotted Towhees. In my shirt sleeves, under a blue sky and with little now standing between me and the all important appointment, life felt pretty good.

I spent all morning and a little of the afternoon at Spring Mountain trying without success for Juniper Titmouse and Red-naped Sapsucker, but eventually called it quits and moved on to Floyd Lamb Park in north Las Vegas for some different birding - some arid parkland centered on a handful of small lakes. Of note here were marauding flocks of American Coot numbering several hundred and frankly rather terrifying, several Say's Phoebe and a Black Phoebe, as well as Bewick's Wren, Mockingbirds, Cedar Waxwings and three Phainopeplas.

The sun sets early in late December and so my final stop of the day, just a short way further north, was at Corn Creek Desert NW. Here a walk around the actual preserve just before sunset added Western Bluebird to the list, but I couldn't find my number one American bogey bird - Sagebrush Sparrow. I cannot count the number of hours I have spent fruitlessly trudging around sagebrush deserts looking for this species. The species keeps low, more often running between bushes than flying. Another hour burned. One day, one day.

As I left the site I decided to stop in a layby and admire the sunset.....what an inspired decision!

Posted by Jonathan Lethbridge at 14:40