I was flying back out in the evening, and the hour I had wasted taking tests, scanning codes and filling in forms resulted in being able to check in online and get a boarding pass now I was within 24 hours. Hurrah! I had another breakfast at Denny's and then attended the mythical appointment that I thought would never happen - the mountain of paperwork I had with me wasn't in the event asked for and whilst it wasn't exactly in and out, it was done. A three month nail-biting saga over - celebrations would take place later, for now birding for as long as possible prior to returning to London was the order of the day.

I could have gone back west to try for some more ABA ticks, but that had been rather gruelling and I was in the mood for some relaxed birding. Henderson Bird Viewing Preserve, to the east of the city, seemed to offer a wealth of species to bump up my all-important Nevada list. It was wonderful, a series of medium to large lagoons absolutely teeming with bird life. I racked up nearly 50 species over the course of a couple of hours. Ducks galore - Wood Duck, Cinnamon Teal, hundreds of Shoveler and Ruddy Duck, Bufflehead, Pintail, and single figures of Bufflehead, Ring-necked-Duck, Redhead and Green-winged Teal. 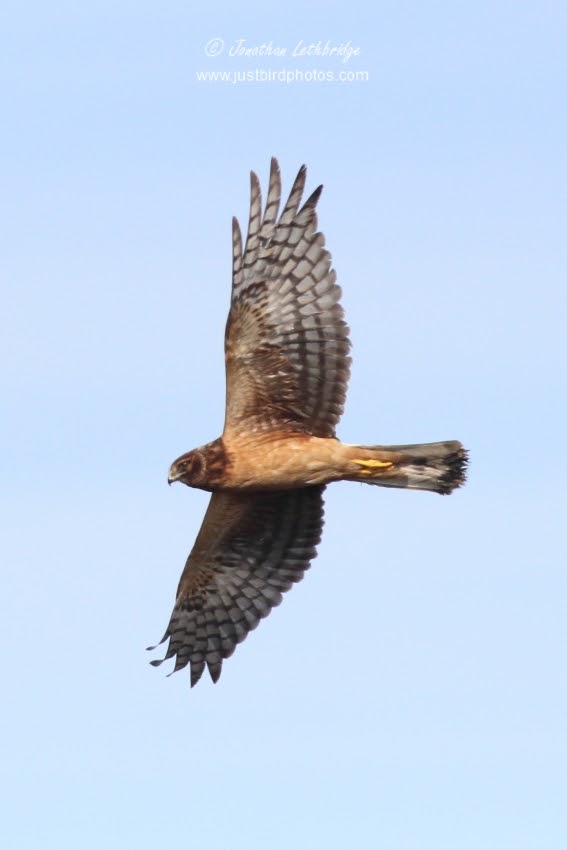 I couldn't begin to count the American Coot there were so many, odd that I could only find three American Moorhens in the whole complex. Pied-billed Grebe were numerous, and one of the lagoons had a single flock of eight Black-necked Grebes. A pair of Northern Harriers were hunting low over one of the furthest lagoons, and a flooded muddy field outside the boundary fence had a number of Killdeer. The rarest birds were probably an unseasonal pair of American Avocets. Meanwhile small numbers of Rough-winged and Barn Swallow flew over the water, and Vermillion Flycatchers, Say's and Black Phoebe were common, but outnumbered hugely by Yellow-rumped Warblers that were simply everywhere.

It was just really good birding, if rather like shooting fish in a barrel. Birds everywhere. At the front gate they had a number of feeders set up, and sitting on a bench here and waiting afforded good views of Anna's and Costa's Hummingbirds, Abert's Towhee, and a small groups of Mourning Dove and Gambell's Quail skittered around. I wish I had had all my camera stuff, as it was I had brought just a small lens and ended up not really using it very much as I was just in birding mode.

I finished the day just up the road at the Clark County Wetlands Park. I am not sure if I ever found the right area as water here was quite hard to find and the bird count was very low, at least compared to Henderson. Best of the bunch were more hunting Northern Harriers, a Cooper's Hawk and a bird I had really hoped to see - Greater Roadrunner!

With the light gone I went on a small shopping spree for jeans and so on at one of the massive outlet malls near the airport, packed up, gave the car back, and went into the  terminal as I could not think of anything else to do - the bright lights of The Strip hold no attraction for me whatsoever. Sadly the lounge was closed so I could not shelter from the masses with a gin and tonic and instead had to endure the terminal. Call me a snob but the kind of people who come to Las Vegas for fun are not my kind of people. Finally they called the flight, which was when I discovered that my online boarding card which had got me as far as the gate was no good, and that somebody wanted to see a paper one which I did not have. In order to get one I had to find and show all the documents I had used to get the online one. I mean what is the point, just what is the bloody point? Travelling at the moment is just no fun at all. Anyway, I got on and arrived safely in London the next morning, and my day 2 PCR test was negative, so I also avoided the Omicron wave that was picking up in the US. Looking back I can still scarcely believe it. What had seemed impossible had been achieved, in almost record time and against a backdrop of significantly increased logistical difficulties.

I saw 71 species, not loads, but also not too bad given the circumstances. With a few more days and some planning, I think a winter trip to Nevada could be really good, much like Arizona. I would have to do some research to see if there are birds in Nevada that are not available further south - possibly there are not, but it could also be combined with a visit to some of the National Parks in Utah and Arizona, as well as the Grand Canyon and Death Valley. America is vast and magnificent. Sitting here now I am imagining what I could do with infinite free time, where I could go, what I could see. I reckon I could make a road trip last months and not get bored. One day perhaps, one day.

Posted by Jonathan Lethbridge at 14:39