I had a mooch around the Park yesterday, my week off has ended up being something of a damp squib versus my admittedly lofty aspirations. I've seen some nice birds, including a stonker of a Woodchat Shrike in Essex, but given the time of year I was really hoping for some stellar quality. I had the time and the means, normally so hard to achieve, but the birding Gods did not see fit to deliver.

Or at least not until yesterday, when I discovered Wanstead's first endemic Honeycreeper in the Park. Ooof, what a stunner. We are rather lacking in Māmane here, but it seems to find the bushes around Heronry to its liking. 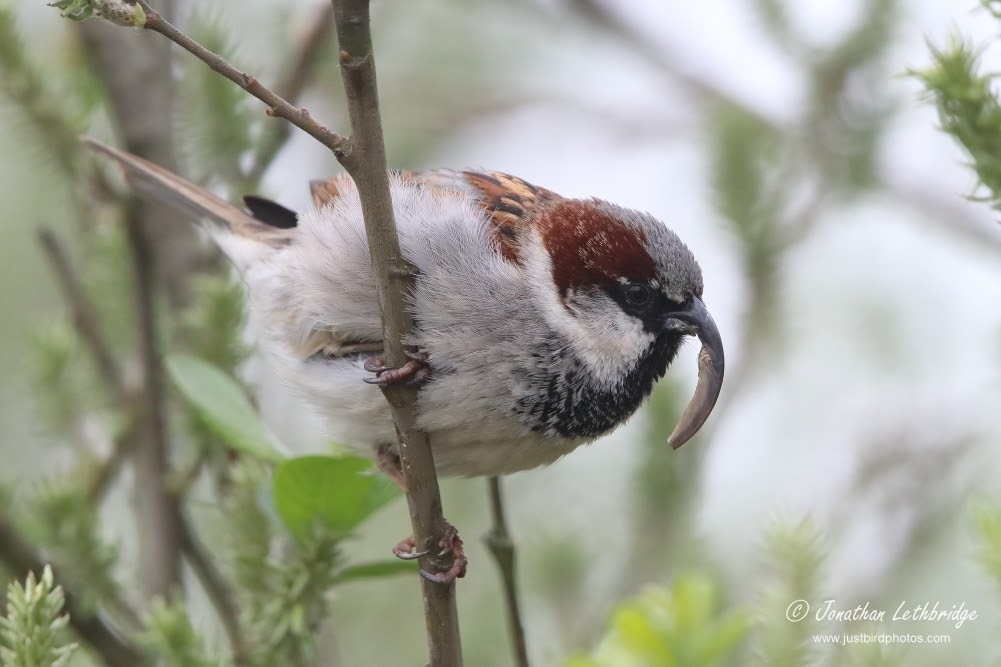 It is of course a House Sparrow with a rather incredible beak deformity. I've seen all sorts of birds with elongated mandibles, normally the upper one for some reason - Blue Tits, various Gulls and a Starling all spring to mind, but this one beats the lot. At first I thought the bird was carrying some prey, a worm or a slug perhaps, but soon realised this was a permanent fixture. It seems able to eat still, and has adapted its technique by picking up food sideways. What this means for its long term health is anyone's guess and I can't help but feel sorry for it, life must be tough.

From the Park I carried on to the long-staying Black-necked Grebe, hoping for another chance at some photos. It was not to be, a photographer was already there unfortunately. Her main technique seemed to be standing right in the open at the nearest spot to the bird which very sensibly stayed right at the other side as far away as it could get, and so I am not hopeful of her images being much cop. However she seemed to be having fun, and so not wanting to get in her way I left her to it and pottered off to the brooms where I saw nothing at all. Well, not nothing, more photographers actually. They were after Little Owl so I gave them a bit of help, not too much though as the birds are probably breeding. Mind you, the arctic theme camo jacket with red maple leaf highlights would likely have rendered them fully invisible.

Posted by Jonathan Lethbridge at 12:10