This was not however an April bird, as on the final day of the month I got the hell out of Dodge and went on a little excursion through Essex and Suffolk and up to Norfolk - the school run. There are many great birding spots between here and my son's school and whilst it does mean taking a day of holiday to actually fit any of them in, in the absence of needing to save my allotted days for proper trips I felt I might as well.

Started off at Abberton where I picked up some extremely distant Black Terns right out in the middle, but far more interesting was the old track to the north of the big causeway - I had been checking out a small wader on the shoreline that had just flown in (LRP) and thought I heard a snatch of Nightingale from the woodland behind. Walking the track turned out to be a good move - six singing birds in a really small area, just wonderful. And astonishingly they were not all totally invisible. 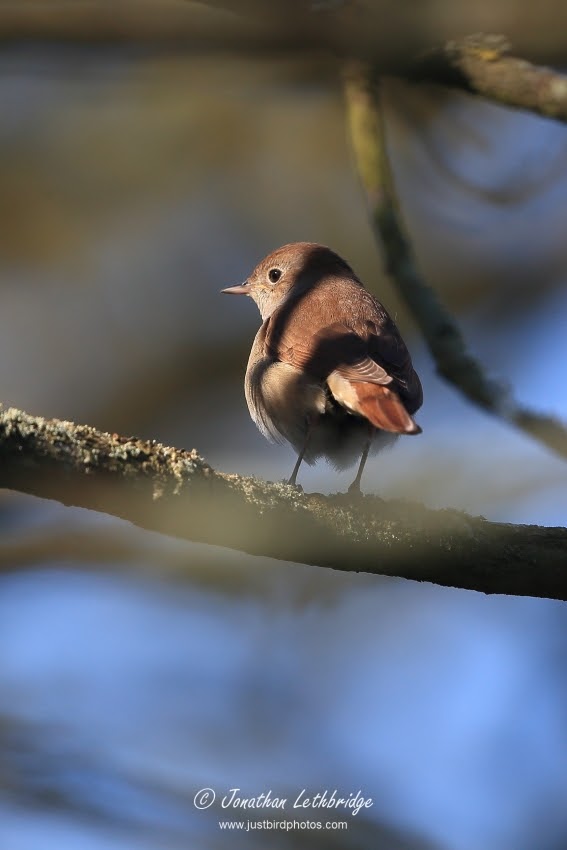 Carrying on I visited a recommended site in west Suffolk near Ipswich, a flash and some flooded fields. Avocets and Greenshank in the shallow water, breeding Lapwing in the fields, and my first Suffolk Raven. All very nice and good to be somewhere different. Skirting around the top of Ipswich I made my way over to Hollesley area where I spent the rest of the morning and early afternoon - some really excellent habitat and tons of birds including some late-staying winter Geese. And that was it really - a slow cross-country drive up to the school and then home for a family reunion via the Prof's local Stone-Curlew.

I think I saw just over 80 species across the four or five sites I visited, many of them birds that I would not expect to see at home. I was back on the patch the next day for when Bob found a Sedge Warbler on the edge of Alex so the patch year list marches on. I have no more targets really - I mean I could try and beat my end of August total by the end of May, but actually what I expect to happen is for the curve to now start to flatten dramatically. After all, what is the next month?

Posted by Jonathan Lethbridge at 08:06