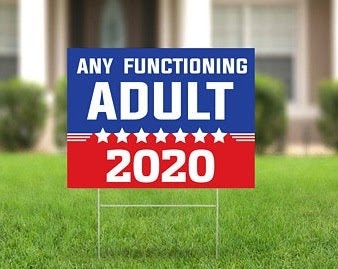 Usually I try not to talk about politics here, but I'm going to give myself a pass this time. What a week this has been. I take a close interest in America (and this week how could you not?) and the US Presidential election has been the rollercoaster that everyone predicted. Also completely predictable were the hissy fits emanating from White House as the Toddler in Chief took the US Presidency to fresh lows of dignity and decorum. Change is on the way but America is a mess. The next four years are going to be excruciatingly difficult - Trump and his odious family might be on the way out (and may yet need to be dragged out) but the tweets are not going to stop, the divides are not going to magically disappear, and anyone who thinks that all of a sudden Americans are going to start being civil to each other unfortunately has a lot to learn. However the tone is set from the top, and Joe Biden will set that tone where it needs to be. And ultimately the tone is what I think cost Trump a second term. Many people still believe in his policy agenda and in him being the maverick outsider to shake it all up, but not all of them could stomach the daily hatred, denigration and frankly the juvenile garbage being spouted. It has been exhausting. For four years we had a President who delighted in calling people names. Think about that for a moment. The President of the United States calling people losers and making fun of disabilities. It was extraordinary and yet nobody could do anything to stop it. Four long years. In a few years from now we may look back and ask if this really happened. America should be ashamed that it did. I was listening to CNN live when Van Jones (a political commentator and author) choked up - I am sure many of you have seen the clip, and if you have not I encourage you to watch it. I had a lump in my throat.

So America can now attempt to move forward, to reset established norms of decency, to be the land of hope it has always been. We still have to get through the next two months of course, and Trump and his sycophantic tribe could do a huge amount of damage in that time - the Senate still seems largely in his thrall and he still has the numbers. But come January 20th America starts again and so on that day the UK can proudly reclaim the title of most pathetic political leader in a first world democracy. It seems to me that Trump has enabled us to hold our heads higher than we ought to have done - to somehow still pretend that we had some form of moral high ground. Oh well at least we don't have Trump. I've got bad news for you, populism is alive and well here too, and our next opportunity for a reset is a very long way out. The removal of one of these poisonous men is an important start though, it signals positive change and I only hope that it can be sustained despite my fear that it may only be a temporary blip in a long slide towards frankly unthinkable times. Time will tell but on Friday night this household celebrated, and I've been in a cheerful mood all weekend.

Posted by Jonathan Lethbridge at 16:03