2:30am. Arrive. Sleep.
5:50am. Wake up after superbly long and comfortable sleep.
6:20am. See Brett Richards arriving and getting out his scope. Feel extremely positive about prospects.
4:30pm. Down scopes, retreat to public house with sore eye. 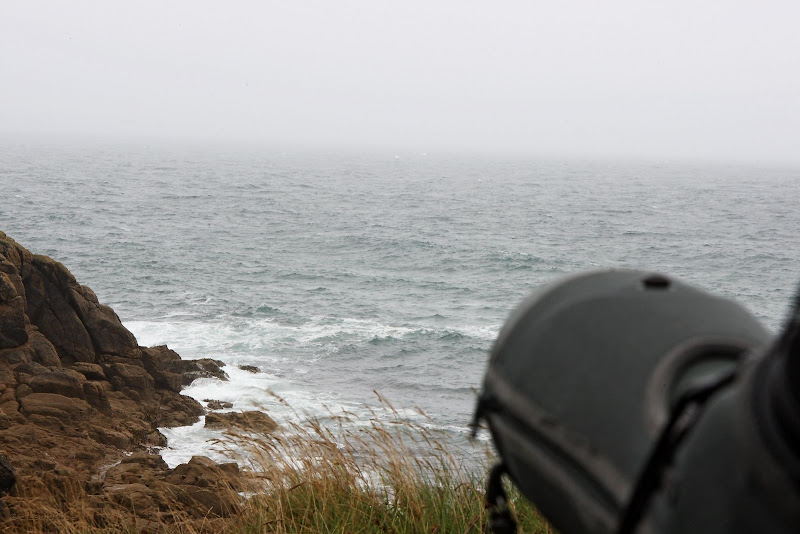 The view from Porthgwarra Cove.

Well what a day we had! Bradders, Hawky and I watched the sea for a little over 10 hours from Porthgwarra cove. The haul was 4 Great Shearwaters, 111 Balearic Shearwaters, 11 Sooty Shearwaters, 108 Manx Shearwater, 5 Storm Petrels and 153 Kittiwakes. We didn't count the Gannets and Fulmars that streamed past constantly. The Balearic Shearwater passage was remarkable. I had known that there were many more birds than normal in the Channel but to personally see over a hundred go past was astonishing. Brett stayed a further five hours and almost broke the day record of 160. The man is a legend. You can't name a sea bird that he hasn't found, well not without being incredibly pedantic. Three out of four times I have sea-watched from Porthgwarra he has been there, proving beyond doubt that I can read a weather forecast.

Over the weekend we recorded another Great Shears, a further 43 Balearics, 98 Manxies, 2 Sooties and 17 Stormies. Note the abbreviations, I am a proper sea-watcher. To put this into context I had seen a sum total of 14 Balearic Shearwaters previously. Anywhere.

OK, so we didn't get the random mega we were hoping for, and Bradders was somewhat of a dissident when it came to assessing Paul and I's Wilson's Petrel sightings. We saw at least two, but he rubbished them both...Nonetheless it was a superb session and well worth the trip.

We watched the sea all Friday and Saturday, and whilst Saturday wasn't as good, there was still enough to keep me interested. Bradders on the other hand fell asleep and missed a Great Shearwater. Actually, so did Hawky and I, as we were otherwise engaged attempting to photograph Gannets as they went past - more difficult against the heaving sea than you might think.

Sea-watching is a funny old pasttime. Now I'm back home it seems very odd that I would sit immobile on a headland, through rain, wind, fog and drizzle, my eye glued to a scope with a section of drainpipe stuck on the end to repel water. But I did, and thoroughly enjoyed it. The junk food consumption was predictably insane, and combined with walking a total distance of about 200 metres and sitting on my backside all weekend, I have come back much fatter. Nevermind, there are always sacrifices, and if they involve pasties and Double Deckers I for one am happy to make them.

The tale was a familiar one. That of complete and utter incompetence to start with, especially during the first hour, followed by a gradual improvement in accuracy and speed of identification. I wouldn't go as far as to say that I'm very good at it yet, but by the end of the weekend I was calling more and more things with unerring confidence. 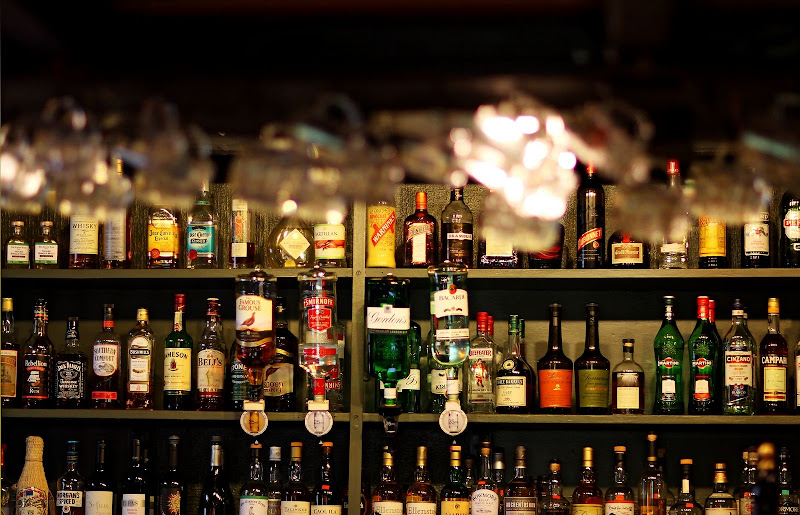 Quite literally a sight for sore eyes!
Posted by Jonathan Lethbridge at 20:45