Whilst the good folk at Sea-watch South-west might fall over laughing at our "haul" yesterday, in a local context the river was phenomenal. And I missed half the birds and still thought it was amazing!

Thoughtful parent that I am, I considered that a visit to Rainham where I sat on the balcony and looked at the river for several hours would perhaps not appeal to the children. This ridiculous behaviour cost me 4 Sandwich Terns, 3 Little Terns, 4 Black Terns, a Great Skua and a Common Scoter. As soon as the 3 Little Terns came up mid-morning, that was it. I bundled the children into the car and off we went, hoping that I hadn't missed the action. The filthy weather was clearing; I figured I had probably buggered it up.

I needn't have worried. The tide was still rising and the passage of sea-birds still strong. I guess the theory is that provided the wind is right and the weather murky, the birds will be forced into the estuary at that point, and even it clears up later, once they're in, they're in, and struggle to reorient themselves eastwards. I cannot remember seeing so many Common Terns at Rainham before, probably my personal tally was around 200, and Dom, who had been there since the start, had more like 300. 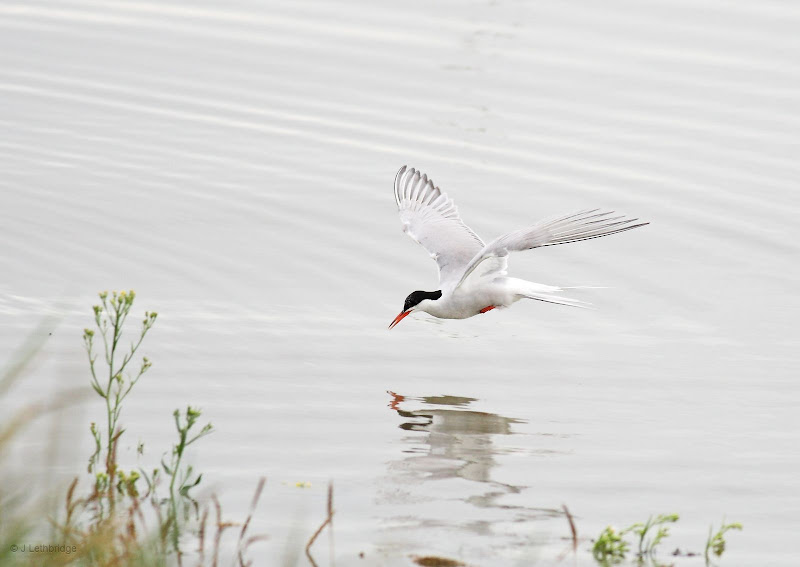 Likewise I had seen a grand total of 2 Sandwich Terns in London ever, and saw a further 9 or so go past, and missed about 6 more. Bird of the day from my perspective was a superb juvenile Kittiwake that went by at around midday. An immense London bird by all accounts, and certainly a tick for me, and not one I had expected to get any time soon.

And the children I hear you ask? Well they were OK. Who I am kidding? They were brilliant, stunning children. We were there for five hours and only in the final hour did the cries of "when can we go home?" start to appear. I was helped by the fact that there is a small playground directly in front of the balcony, and and the ready availability of sausage rolls in the cafe. Nonetheless they were fantastically well behaved, hardly any disputes, and just played for five hours straight. The previous four days had been more or less constant rain, so perhaps they were just pleased to finally be outside and running around? They are now having a beach weekend on the Isle of Wight, which should heal the scars.

Meanwhile I have been birding. All day. A funny old day spent dashing between Rainham and various other Thames estuary sites, but ended up with two year ticks, two Essex ticks, and a bvd on my list converted to a seen properly. This latter bird was a very nice female Kentish Plover at East Tilbury. The only other I had ever seen was a distant dot off Canvey that perhaps I should not have counted, though it was the correct dot. I feel much better now. 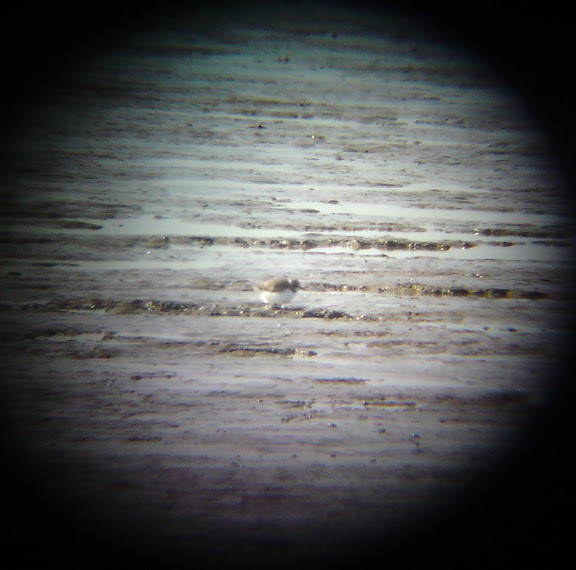 There was also a juvenile Red-necked Phalarope conveniently at Vange, and I finished the day at Wakering Stairs where for the past week there has, and continues to be, an Osprey sat on a post. Despite lugging round a large and heavy camera for the entire day, I didn't use it once. Instead I am treating you to phone-scoping. Rarely will you see a better photograph of an Osprey I'll wager. 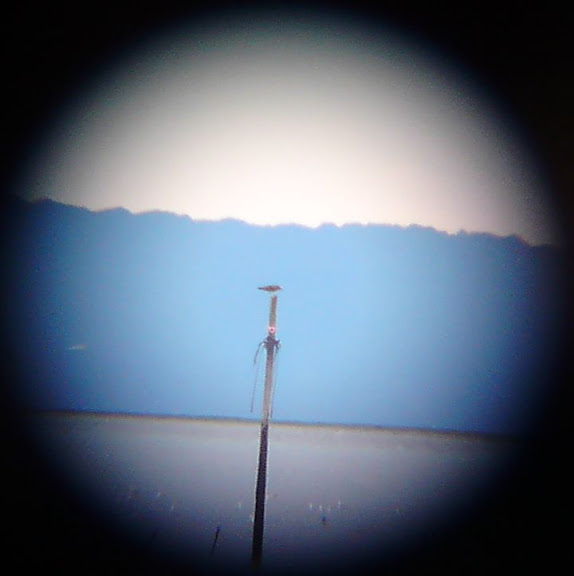 Posted by Jonathan Lethbridge at 21:46