Just a taster, more on the new shiny website, which is imaginatively called Justbirdphotos.com, but rarely have I enjoyed a photography session more. There were up to ten Spotted Flycatchers in the scrub just east of Alexandra Lake, and they were constantly on the move. Keeping up with them, wading through brambles, was extremely difficult. Luckily there was a stiff breeze blowing, so they were favouring the leeward sides of various bushes, else I wouldn't have stood a chance. 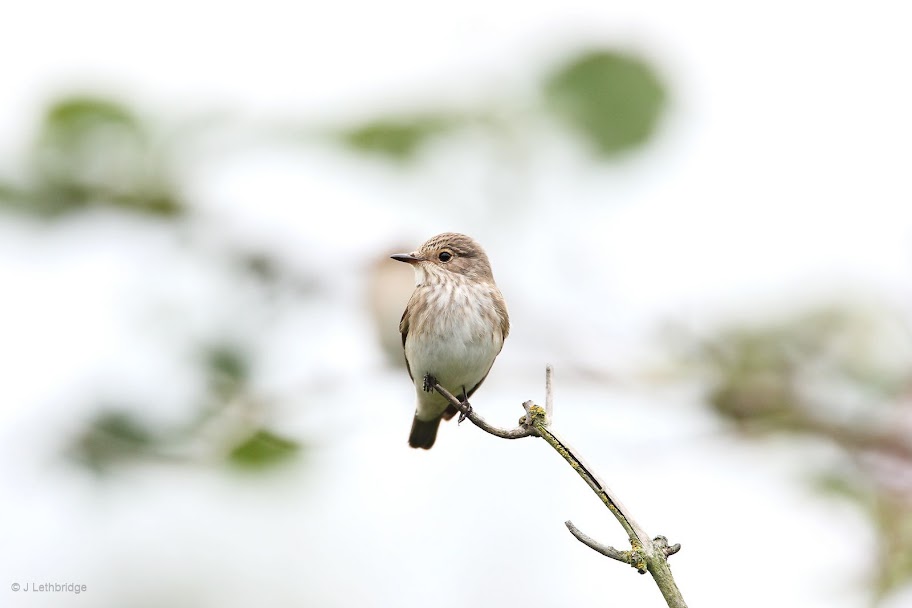 They are incredibly agile. Peering through my viewfinder, I could see their eyes tracking insects that were invisible to me, and all of a sudden they would flit off their perch and be back in seconds. One of them brought back a wasp at one point, and deftly got rid of the sting by repeated rubbing on a branch. Clever birds these. 12 gigabytes disappeared in an hour, and 729 photos later I retreated, knowing I might possibly have some good ones.

The weekend is going exactly as planned, with the exception of not finding a Pied Flycatcher in the Old Sewage Works, which was first on my list and the reason why I got up at 6am. It was pretty dead, so I went and did the SSSI instead, which was also pretty dead. The action only really kicked off at about 10am, when all of a sudden all the migrants appeared. In addition to the ten or so Spotflys, there was a Whinchat and a Redstart. Patch-birding rocks.

Posted by Jonathan Lethbridge at 12:46