I have now year-ticked the West Wittering Red-breasted Goose for the last three years running. My flimsy excuse this time was that Shaun needed it for his life list. I was happy to accompany him on this pilgrimage. By 8am we had found it, and it is fair to say that it showed very well, occasionally barking like a small terrier. 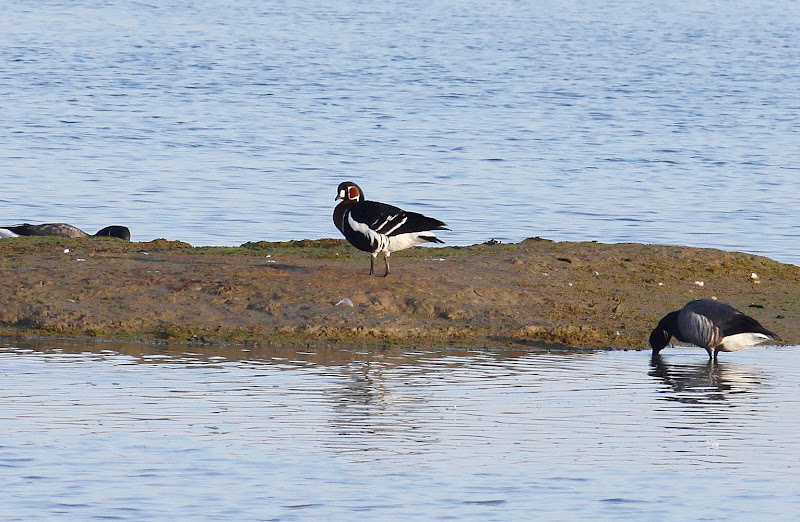 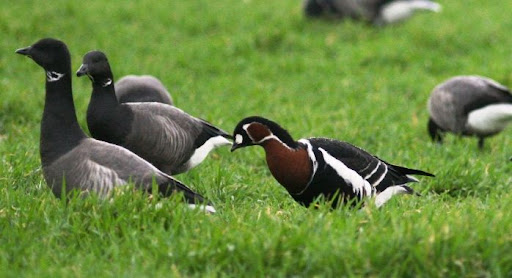 We were hoping that the King Eider off Dunge might make an appearance, but no news, so we decided to go home early and cash in the day-passes for some brownie points. Could not resist some Waxwings on the route home - and they provided some stunning photo opportunities. I took 172 shots in 20 minutes, some of which I am pretty pleased with. Most birds don't give you time to plan or think, you just have to react. With the two Waxwings at Goring-by-Sea, I was able to sit down with them and discuss the light, which branches would be best, and how to pose with berries. I have now deleted all previous photos of Waxwings I have ever taken, as they just don't make the new grade. 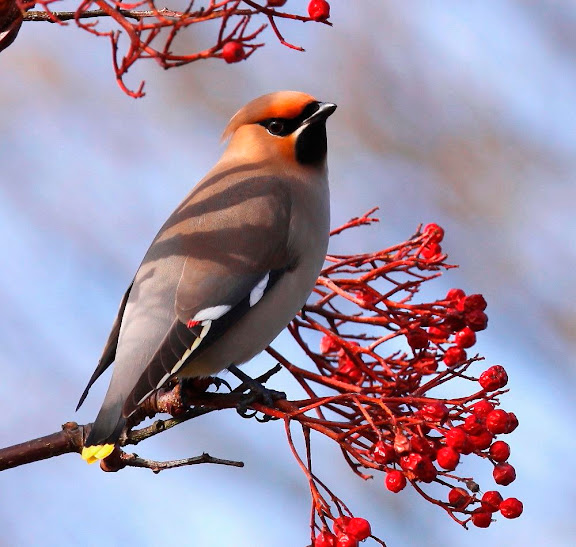 "Is this OK? How about if I incline my head this way?"

Back home via the birdless Ingrebourne Valley, where Shaun would have me believe that Yellowhammer is regular. From what I saw, birds (of any species) might be annual, just not this year. Probably a good thing, as it means there is no point Shaun going birding and he can instead devote his time to keeping his house clean. Honestly, it was amazing (particularly compared to Ch. Lethbridge), like a show home. I think he was embarrassed about the towel drying on the radiator, but I was polite enough not to say anything, and he surreptitiously folded it away while I was running my finger along the windowsill checking for dust. I had a nice cup of tea, and sullied the kitchen by leaving the dirty mug in the sink. Still, means he had something to do before the girls came back from shopping.

Despite my surprise arrival back into the family fray by about 3pm, whereas I had not been expected until 7 at the earliest, I am apparently still on negative brownie points for the year. I have no idea how the calculation works, but the general idea is that you lose points by going out birding. I don't know how you gain them, or at least gain enough of them, to ever get to positive territory. I cleaned 2/3 of the length of one of the kitchen counters, including spraying with stuff, hoping that would get me back on level pegging. No dice.

Posted by Jonathan Lethbridge at 15:04