For some dumb reason I wanted to get to 150 species by the end of January. Given I was on 149, this didn’t present much of a challenge, but nonetheless I planned an entire family day out around a handful of birds to ensure success. Cambridgeshire was the destination, with quite a few good birds in a very small area. Various lurgies reduced it to me and #1 daughter by Saturday morning, but we decided to go anyway, as she wanted to see Lapwings, her fave bird. I put her in the front seat, which affords excellent views, is high up, and as such, anti-vomit. The fens were forecast to be bitingly cold, so I dressed her up in several layers. The outermost layer came off just before Ely, with a minor vomit on the A10. No problem, I am a dab hand at this; a convenient layby, and we were on our way within 10 minutes, minus a pair of dungarees. Slight pong, but we kept the window open, which served two purposes.

First stop Coveney, where a Rough-legged Buzzard has been reported. As usual, find the birders, find the bird. Remarkably, as I pulled up, someone called the bird, and there it was – it flew over our heads in the company of two Common Buzzards – seemed darker underneath, and the white tail band was very distinctive. Stonking views – I have only seen birds on Sheppey before, at a minimum range of about 15 miles, so this was a special treat. It drifted west, hovered a bit, and then disappeared. Seemed an opportune time to move on, given we were all now looking at a field, so we did, but not far.

A small convoy of birders then descended on Pymoor, which is Great White Egret central, and has been for several months. Could this be #150? As usual on a twitch (well, of sorts), a bunch of people were stood around having a bit of a chat. “Nah, it was reported earlier, but we can’t see anything”. Oh? Perhaps that’s because you’re not really looking? Tell you what, I’ll set up my scope and have a look. Oh look, 2 white blobs over there by that bridge. Looks like they might have yellow beaks as well. Oh and look, one has just stood up and it has a very long neck, what could it possibly be? To be fair, they (yep, there were two, astounding) were bloody miles away, but please, make a bit of an effort. The views were dismal, and it was very cold, so I didn’t linger.

WWT Welney had lots of these. 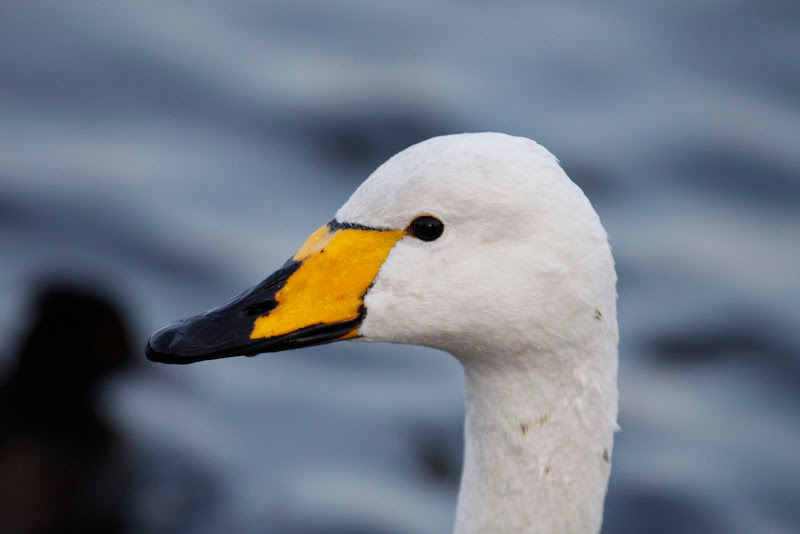 "Oi, you took this shot in Scotland!"

And ridiculous numbers of these. 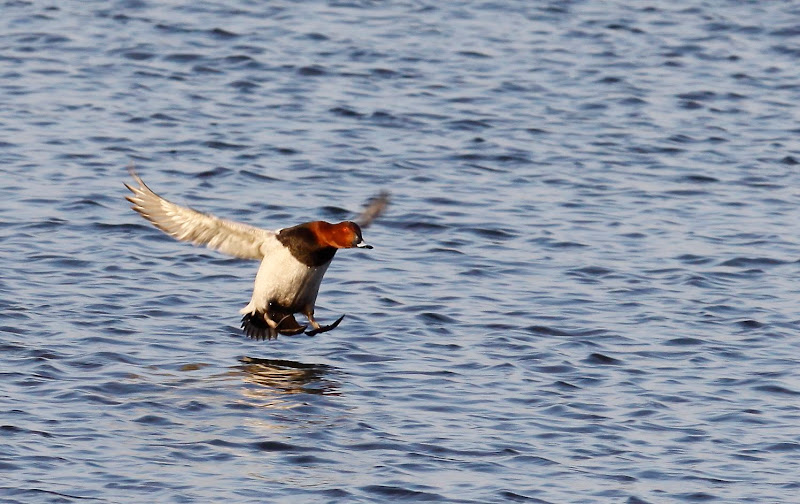 And also a mixed flock of around a hundred grey geese, which were mostly White-front and Greylag, but also had 7 Tundra Bean Geese and a single Pink-foot. I found finding the Pinky and Beans very difficult when they were all asleep and tucked in, but once they became active it was straightforward. We were here for the regular Pochard feeding, hoping a Whooper might get a look in. Highly recommended for children and adults alike

We spent the rest of the day at Welney, moving between the Observatory, the Café, and the Toilet (generally for non-existent wees). The landscape is incredibly bleak, endless fields separated by drains, and a bone-chilling wind. The feeders had Corn and Reed Bunting, House and Tree Sparrow, and a variety of finches, and the field margins held Pheasant, Stock Dove, Starling and Woodpigeon. In the fields were Lapwings and winter thrushes, and of course Whoopers.

Back to Cambridge after dusk for dinner with my folks, via Pymoor again, where one of the Egrets was quite a lot closer. 100 yards from the Grandparentals, granddaughter was sick again. Hugely sick. This time the jumper and wind-proof trousers went, as did the atlas that was in the footwell. Drew up in a spray of gravel and commando-rolled out of the still-moving car. Thank Christ, Grandma was at the front door and dealt with the sodden child whilst I sorted out the car and threw the atlas away. If I had thought the car smelled after the first dose, well this truly raised the bar. I had basically run out of clothes at this point, so she was dressed in the unusual combination of tights and a Puffer Jacket. This turned out to only be temporary arrangement though, as over dinner she threw up again. A large burp, followed by a fountain. Goodbye tights and Puffer Jacket. Dinner morphed seamlessly into bathtime - don't think anyone was hungry any more anyway - and so the child returned home in a towel....

Its now Sunday evening and I’m sitting on the sofa writing this. Mrs L has just glanced over to see what I am writing, seen the topic, and has unkindly blamed my driving. What rot.

Today was a non-birding day, but I did manage to dip the Waxwings at Lakeside. They have been there a week. Everyone I know has seen them. Except me.

How to dip Waxwings

1) Go to where Waxwings have been reported.
2) Don’t bother looking for Waxwings, instead spend the time photographing birds that are not Waxwings 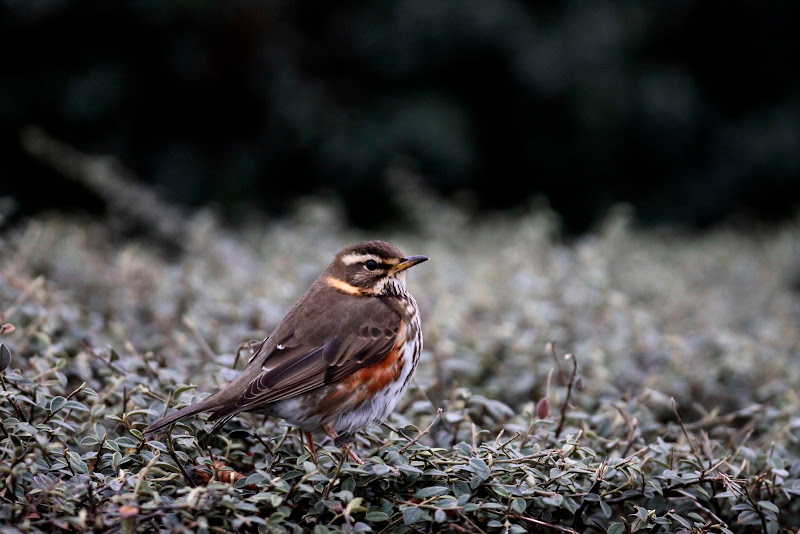 Here is the crucial part.

3) Leave before the Waxwings turn up.

I finished up the weekend at the Silt Lagoons looking for another year-tick, Short-eared Owl. Quite successfully as it happens.

Posted by Jonathan Lethbridge at 21:56