Wanstead does it again: A scientific first 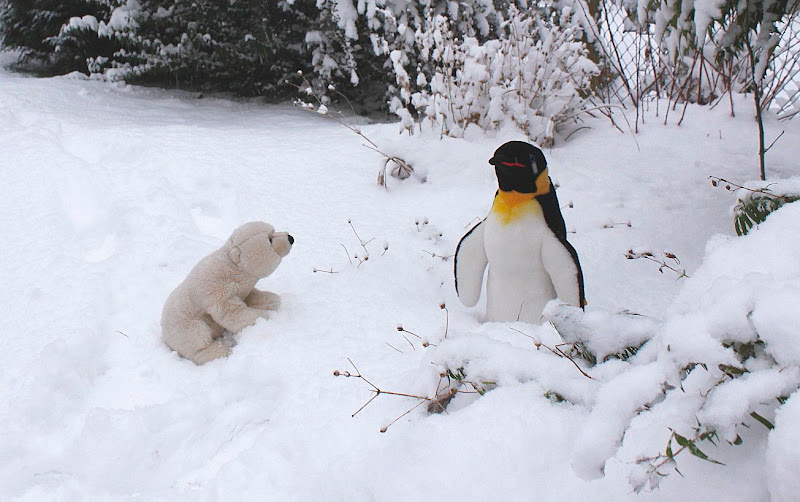 Ursus maritimus sp "minimus" is common here, however the arrival of an Emperor Penguin in the recent cold-snap is unprecedented. I strongly suspect that this could be the first time that they have been seen together in the wild in the northern hemisphere. This is supported by the seeming total lack of fear exhibited by the penguin, despite the presence of the potentially predatory bear nearby. Following closely on the heels of the first Snowy Owl record for the borough, 2009 is turning out to be a cracking year for Frigid Zone fauna.
Posted by Jonathan Lethbridge at 17:42