Birding is much easier without a job

I have always known it, but never been able to put it into practice. In a nutshell it is this: Work really gets in the way of birding. Imagine being really rich, you could just be out all the time. Obviously this is just a temporary state of affairs in the Lethbridge household, but boy is it great, and I intend to enjoy it while it lasts.

Yesterday I went to Norfolk. Again. For those of you counting, that is twice this week. Yes, thats right, in the week. Ahhhhh. Started off at Wolferton at dawn, and surprised myself by getting Golden Pheasant at the first real attempt, with two immature males feeding on the grass verge. I was hoping for the full red and yellow monty, but a tick is a tick. The birds soon disappeared into the impenetrable Rhododendron thickets, but I managed to fire off a few frames out of the car window, the best of which is below. So, it's a cruddy photo, but 7am in mid-feb, even with 800 ISO selected, I could only get to 1/30s, so to get anything that even resembles a pheasant is a minor miracle. That is photographic speak for "it was dark and I couldn't hold the camera steady". A celebratory cup of tea later, and I was on my way, via a few Grey Partridges in some nearby fields. 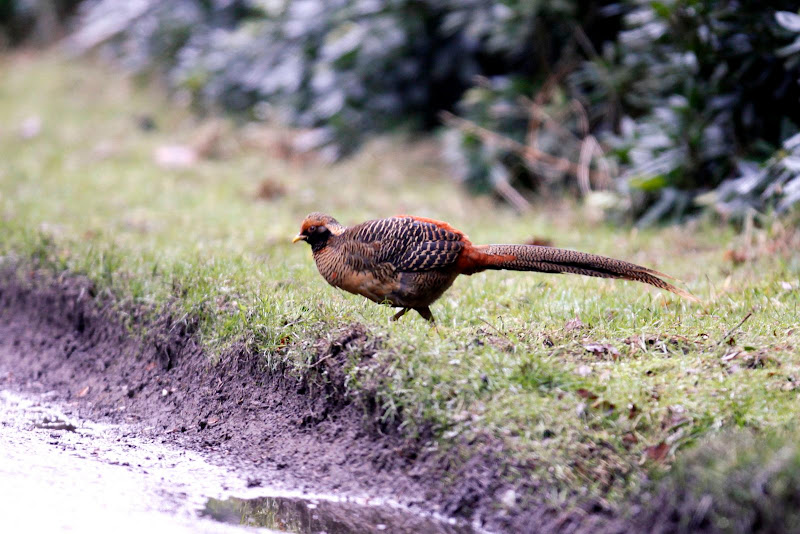 Next stop Titchwell - critical to visit this reserve before it opens. It was a lovely morning and I practically had the place to myself. I went through the Brent flock and again surprised myself by finding the Black Brant, a semi-tick. Somewhat stupidly I had not read up on nigricans before heading out, but in the event armed only with the knowlege that the back was a bit darker I still managed to pick it. As I was comparing it to the other birds, gradually little details slipped out, like the clean white flanks, the thicker neck collar. This was clearly a different bird - I reckoned I had scored. At the time I didn't know this for certain though, so when someone else came along, equally clueless about Black Brant, I lost all my confidence and so passed up an opportunity to look clever. But I did take notes, and later on the beach when I met a man, his wife and his Collins - a polygamous relationship - I was able to check it out. To thank him I found him some Snow Buntings feeding close by with Linnet on the tideline, which he then proceeded to turn into Twite, despite the large grey beakage. I've fallen foul of this before, desperately hunting for Twite and finding only Linnet, so I shouldn't sneer really. Nonetheless, I knew it was time to leave. Sure enough, as I headed back down the footback, tweed jacket after tweed jacket came past, getting excited about Marsh Harriers, and struggling with Spotshanks. Cor look at me, having a go at posh west Norfolk bird watchers! My postcode starts with E, I am unemployed, and I have not shaved since last Wednesday - this gives me full licence I think you'll find. 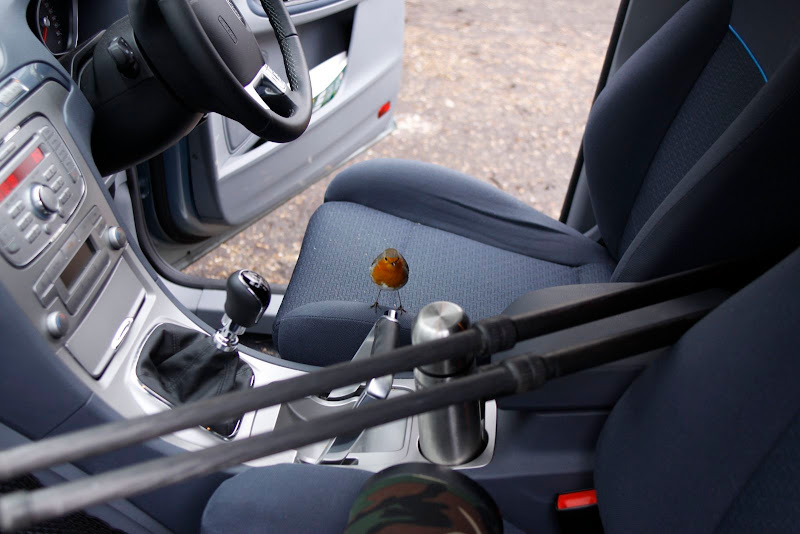 The pager then bleeped that the Glauc was still at Cley beach. There was a good reason for this - it has a broken wing so can't leave. When I first arrived I had a quick scan with bins but couldn't see it. Nothing on the beach, and nothing on the water. There was a white buoy close inshore, but no gulls. Damn it! I had tried for this bird last weekend after Bradders' wedding and failed. I then noticed a guy scoping the buoy, bit odd, perhaps there was something sat on it? I set up and had a look as well....what can I say... Glauc's are MASSIVE - possible confusion species is Yacht. It was pecking away at a dead floaty thing, mmmmmm. After a while it flew onto the beach, despite a serious looking wing injury, and sat about 50 yards away from me. I bum-shuffled to within about 20 yards, and took a series of about 200 photographs, which were very boring to edit. Here is the most interesting one. 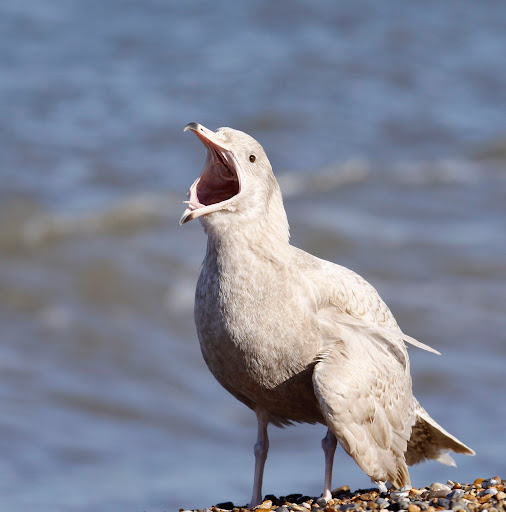 Towards the end of the day I found some real Twite at Brancaster Staithe, flying about the salt marsh. At one stage they came and landed on the mud right in front of me, which was quite handy for eliminating Linnet properly.

So, another busy day at the office....what shall I do tomorrow? I know, I'll go birding. 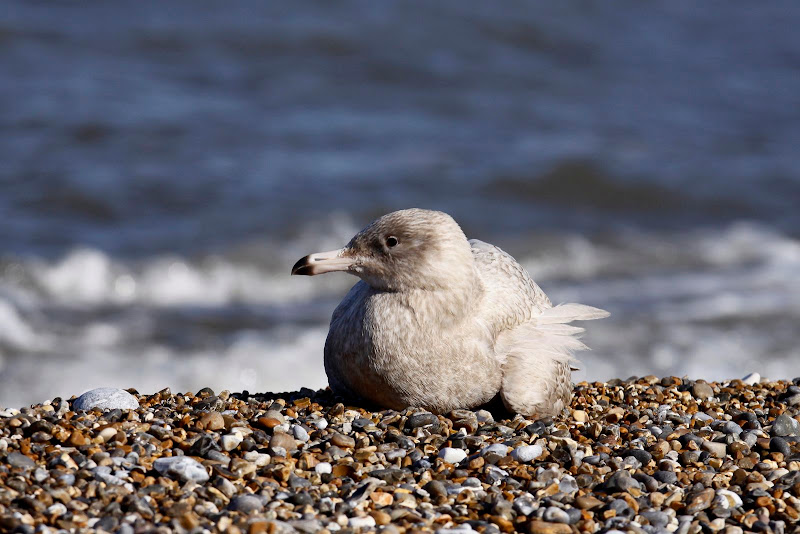 Posted by Jonathan Lethbridge at 18:39