I am still playing catch up from last year. Colombia took so long to write up that I only completed it about two months after getting back, but actually only a few weeks after returning I had a few days in Lanzarote with Mick. In some ways it was a bit soon after getting back from South America, but I have a habit of doing this. I book up trips with great enthusiasm many months in advance, thinking that it will all be fine, but when it comes to it I would actually rather be at home than packing my bag and trekking to the airport again to subject myself to the vagiaries of international travel. Until I get there of course, when I revel in being in a new place with new birds. It was not a long trip, just three days, and this was the perfect length actually as Lanzarote is not a big island and there are only a few primary birding areas. Having visited Tenerife, Gran Canaria and Fuerteventura, this was the last major Canary Island on my list. It was warm and there were birds, and it was ridiculously cheap. And we missed the bulk of the freezing conditions back home! 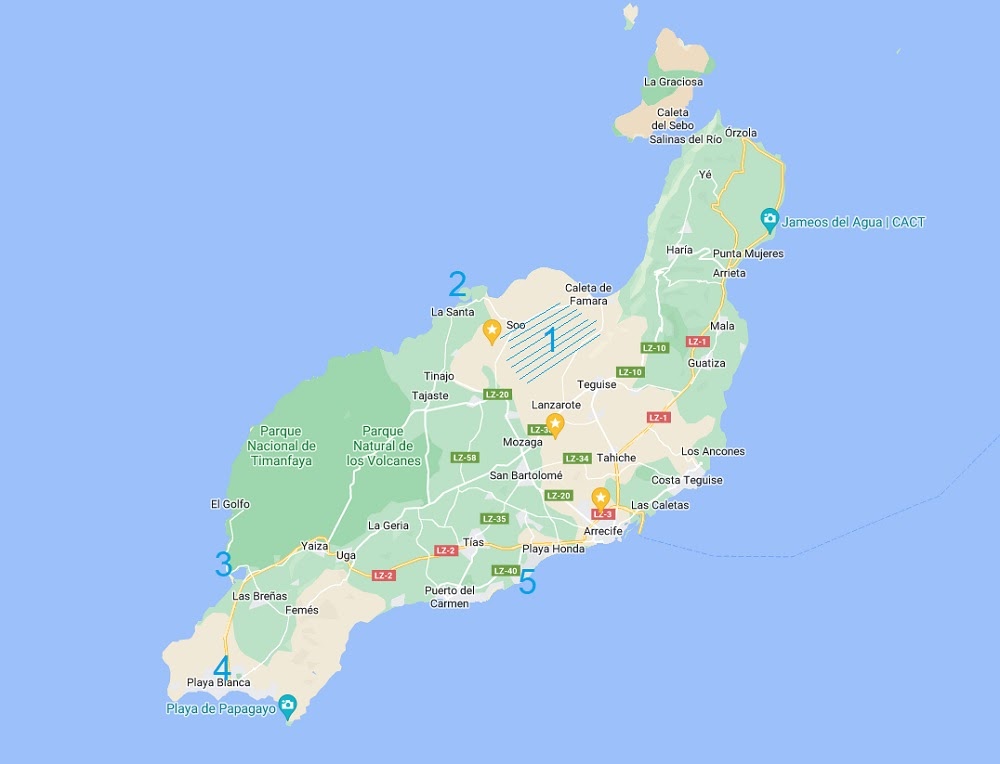 Itinerary
Day 0: Arrived ACE at 7pm, picked up the car and then a short drive to the flat. Dinner and bed.
Day 1: Spent most of the day driving small tracks in the Jable de Farama area (1), La Santa (2), and the Jable del Medio (near 1) looking for Bustards and Coursers.
Day 2: The south of the Island, starting at the Salinas de Janubio (3), and then the Playa Blanca area (4), returning to Punta Lima (4) in the afternoon to look for African Collared Dove. Final hour at the Jable del Medio where we found a pair of Hoopoe feeding young.
Day 3: A morning session with the Hoopoes and then back to the airport.
Posted by Jonathan Lethbridge at 18:30