Oh look I'm getting up in the dark again. Love being on holiday! We were staying in La Florida, the last village before the paved road ran out, and that followed the Otun river south-east into the Otun Quimbaya reserve. Ernie got a morning off and we all squeezed into a single jeep that had come to take us up the track. We stopped when it was still dark for an attempt at a very special target - Hooded Antpitta. This is a reasonably well-known stake-out, but the window is extremely brief, the bird sings at dawn and not thereafter. Naturally Alejandro heard it first, but finding it was another matter entirely - this is one of the small ones that bounces around trees rather than runs along the ground, and it was very gloomy indeed at this hour. It seemed as if we strained into the forest with every ounce of our sense for ages, but in reality it was probably only a few minutes. Then all of a sudden it was directly in front of us, facing away, so dark that we could barely see it. It flicked left, movement giving it away, and then back again, and I caught a sensational view of the front half of it on a diagonal branch before it zipped away again and deeper into cover. Before coming to Colombia my experience of Antpittas was minimal, but I was beginning to see why they captivate birders so much. Magical.

We carried on up the track until we could no further and paused for breakfast. We were introduced to a new fruit, Grenadilla, some kind of enormous passionfruit with the tasty bits enclosed in small translucent sacks that you kind of have to suck in in one go! Bloody delicious! A Colombian friend of mine said he could never eat them as a kid as they reminded him of bogeys! The road crosses the river here, before passing through some locked gates. Lots of bird activity at this time in the morning, including a Sickle-winged Guan, Common Chlorospingus, a pair of Andean Solitaire and also two Red-rumped Fruitcrow, but no luck with the hoped for White-capped Dipper and Torrent Duck. Some Bronze-winged Parrots flew over on their morning commute. 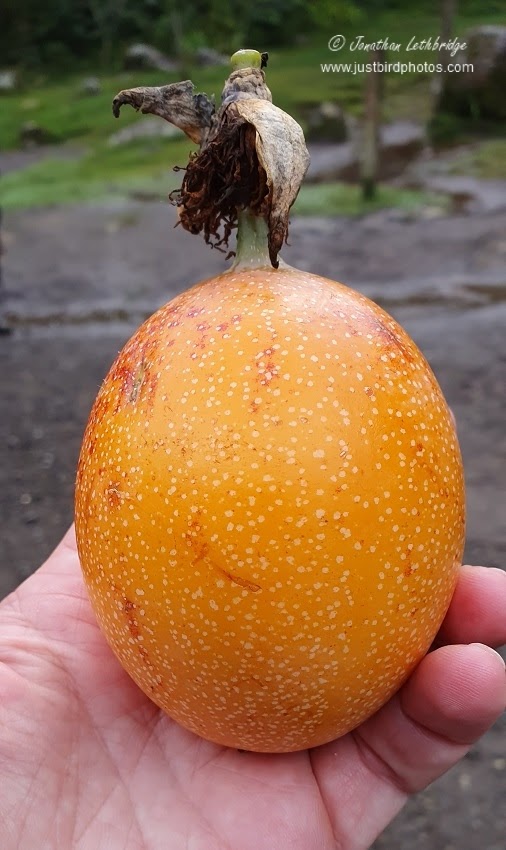 The rest of the morning was spent slowly walking back down the track, with the jeep following a short way behind us in hops. We had not been birding long when a bird wave passed through that had Multicoloured Tanager within it, a much wanted species and one that is completely mind-blowing. I have no photo and you would not belive me if I tried to describe it! We saw masses here. Cauca Guan were fairly common, usually high up in the trees on seemingly rather insecure narrow branches, and we very nearly managed another Antpitta, Moustached, but the bird was only seen for a nano-second by Bob and Alejandro and the rest of us missed it. Red-crowed and Smoky-brown Woodpeckers got added to the list, and amazingly I actually saw a Tapaculo. Stile's Tapaculo is an endemic and we all needed it, and in a reserval of fortunes from the Ash-coloured Tapaculo experience at Rio Blanco I got a decent view of this tiny mouse-like bird peering around the edge of a thick dark tangle. Get in! Needless to say there are no photos, and in fact even though I carried my camera the whole morning I barely used it - too much birding going on and that was the clear priority. 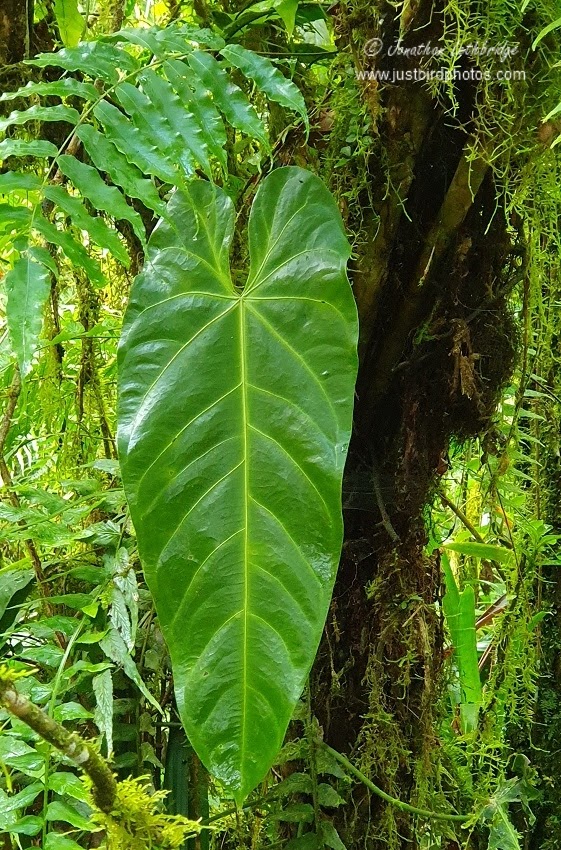 Strong-billed Woodcreeper, Montane Foliage-gleaner, Spotted Barbtail, Variagted Bristle-Tyrant - apart from anything else aren't the names of these South-American birds simply fantastic? At a slightly open area that had been cleared for cattle were a pair of Southern Lapwings with chicks, and some small flocks of both Golden-plumed Parakeet and Scalet-fronted Parakeet flew over.

We returned to the hotel for lunch before leaving for Tatama National Park, initially back down the river to Pereira. A couple of quick stops in the forlorn hope of Torrent Duck did net Spotted Sandpiper and Torrent Tyrannulet, both new for the trip. Then it was a long drive through the city, heading west towards La Virginia and Apia. We made one stop along the road for Turquoise Dacnis, another endemic. Alejandro had a particular tree in mind, and remarkably this tree not only had the Dacnis, but also Green Honeycreepers, a Bar-crested Antshrike, four Blue-grey Tanagers, a couple of Bay-headed and Summer Tanagers, a Rose-breasted Grosbeak, an Acorn Woodpecker and a Black-billed Thrush. All in the one tree! I wish I could remember what it was, but it was clearly extremely attractive to birds! This is the value of a local guide; by ourselves we would have driven right past it....

We stopped at the mountain town of Pueblo Rico to transfer into jeeps for the final days of our trip - the famous Camino Montezuma. Ernie's van couldn't go up this track and he was headed back to Bogota. Duber and John were waiting for us in the main square, right on time, and after a quick coffee, an umbrella shopping spree, and some Cattle Tyrant photography we bade our farewells to Ernie and set off on the final leg. We arrived at the Montezuma lodge at dusk. Two and half full days of birding this highly anticipated area awaited us.

Posted by Jonathan Lethbridge at 14:45