After a spot of birding at our hotel, followed by admiring the cycads and dodgy Mute Swan in the Parque de Santa Catarina, we made our way to Funchal Harbour for our wildlife watching tour on a RIB. It had not been possible to book a true pelagic (note to self, book pelagics then book flights). Plan B was a generalist two hour trip which should actually have been described as dolphin watching. Not that this was not very cool, it was, but we were there for birds and they basically play second fiddle to racing after pods of dolphins that have been spotted from land.

Despite being first in the original queue, we ended up last in the final getting on the boat queue. This was a blessing in disguise as the rearmost seats meant we could stand up without getting in anyone else's way, and could also brace ourselves against the wheelhouse. Despite all the annoying dolphins (we saw Common Dolphin, Striped Dolphin, and Atlantic Spotted Dolphin) we got excellent views of Cory's Shearwater, and I mean really really excellent. We also saw a few Manx Shearwater, and, ever alert, I managed to pick up a single Bulwer's Shearwater although the views only lasted for about 20 seconds as it hightailed it behind us. The message is clear, if you want to get the Madeiran sea birds on those all-important lists go on a proper birding trip. That said, this was only about €40, rather than the hundreds the pelagics cost, so if all you want to do is pap a few Cory's then this could be for you.

After a quick lunch on the corniche we headed up to the Palheiro Jardim, high above Funchal. I had not known about this spot as a place for Trocaz Pigeon, and was put onto it by eBird reports - not only do you not need to go way up into the mist-laden laurel forests, but you also get far better views of this tiny population that have chosen to live here. And the gardens themselves are rather nice for a pleasant stroll too, especially if you like plants. And frogs. For those of us that like plants and pigeons AND frogs.... 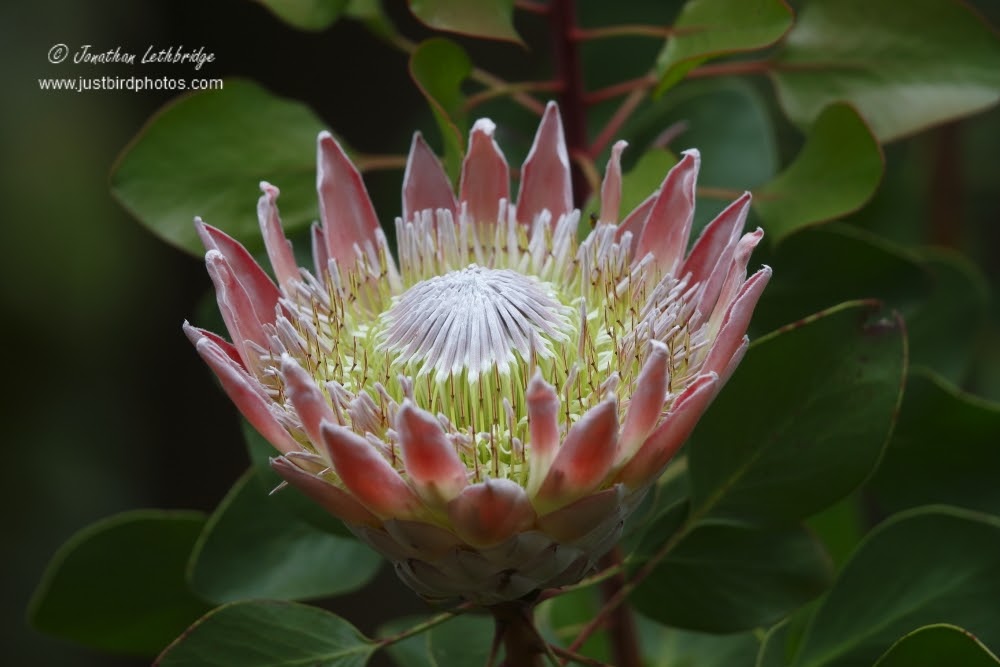 The site was true to its fame, amazing views. Patience was needed, but eventually we managed to get close to a bird feeding on the ground and could get the kind of photographs that we wanted. Versus the grey blobs I had taken before this was incredible frankly. The gardens also had Madeira Firecrest, Madeira Chaffinch, gazillions of Blackbirds (also a sub-race) and was one of the most birdy places we went. Recommended.

We then headed higher, into the Ribeiro Frio. Here we saw more Trocaz Pigeons, and many more Firecrest, but the photographic opportunities were nowhere near as good. At the Balcoes viewpoint we witnessed the very finest of British tourists, an elderly couple that hated each other, and were generally amused by the very tame Chaffinch flock as well as the spectacular view. I also took a video call from my mother who had no idea I was even there, and was able to share it.

We spent the final part of the day at the Pico do Arieiro, the highest spot on Madeira that you can get to, to watch the sun set in the west over the peaks. We were not the only people with this plan.... but there is a big car park and plenty of space, and it was rather fun. We also found some Red-legged Partridge and an extremely friendly Berthelot's Pipit to help while away the time spent waiting. In the end the sunset was rather a muted affair, ruined by pesky clouds. At least there weren't any dolphins.