A couple of weeks ago I went on another twitch. This is the third this year, and they have all had one thing in common. Well, two things in common. One, they have all been successful and not dips. And two, they have all been ridiculously straightforward and essentially stress-free. This one was the easiest yet, although as the bird in question was a Gull it was of course totally rubbish. Yes indeed, the Grafham Water Kelp/Cape Gull, a first for the UK. I'm pretty sure I haven't seen many firsts - Eastern Crowned Warbler in South Shields sticks in the memory, but that might be the only one. Oh, hang on a minute - Acadian Flycatcher at Dungeness is probably another. Regardless, it does not happen often, and generally I dislike the air of desperation/madness/grown men losing their shit that accompanies such things and so avoid them. This however was just too easy to pass up.

I would not have known about it all had Tony not put out a message on our patch chat group. Whilst I do have BirdGuides I don't know why I do as I hardly ever look at it. All the mega noises it has been making recently have been to do with the Shrike and the Albatross and so I came to ignore it. However the Wanstead messages make a different "bong" and I was on to that straight away - it might have been a Redstart!. But it wasn't.

You what?! I've seen this species in South Africa, and the nominate Kelp Gull in Argentina, but never in Cambridgeshire..... Anyhow, as we all know this was not a wind-up, and a decision was made within about two minutes. Sunday morning, no plans, Grafham Water under an hour a half away, no traffic issues and a hulking great scabby Gull that was unlikely to move. We could be back mid-afternoon and continue our lazy day as if nothing had happened. And that is exactly what panned out. There is no point stringing it out or trying to build suspense. We drove there, saw it immediately, and came home again. I think I was drinking a Daquiri in the garden before 4pm. 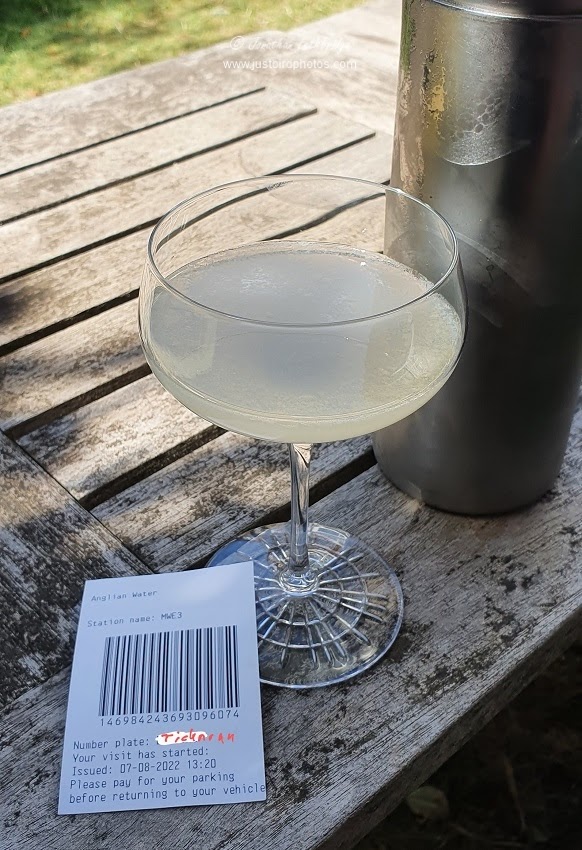 Fulfilling? Well, ish. I mean it is clearly a very rare bird (here) and I do not see very rare birds very often. It was just pleasing to have it all go our way with no drama whatsoever, to snaffle it so quickly and be home almost before we were missed. The bird showed extremely well, and because we were quick off the mark there were no issues with wacky races or with parking, nor a particularly enormous crowd (it was nice to see a few familiar faces from Shetland, including a birder from the SW who got there only marginally after we did!). We were in and out within an hour, within the first parking fee band in fact which was great as I loathe paying for parking. The other day I got picked up at Edinburgh airport and the fee for the short stay was £9!! Highway bloody robbery I tell you. Anyway, so simple, and when the Gull decided to fly further up the reservoir to a reeking trout corpse we decided not to follow it and instead go home for celebratory drinks.

Posted by Jonathan Lethbridge at 19:42