Getting the car was pretty fuss free, and we were on our way shortly after 11am. This was Mick's first trip to Madeira and I was keen to give him a bit of a tour of some the good birding spots. Looking upwards a thick layer of cloud covered the mountains which completely precluded birding up there, and as such we were restricted to the coast. There are a few good spots to try when this happans, and the first of these is Machico, specifically the river that cuts through the town and that is the best place to see the natuarlised Common Waxbills. After a quick stop to buy water and snacks we were soon peering over the edge (it is a concrete-lined channel this close to the sea) to try and spot the Waxbills in the undergrowth. We heard them before we could see them, but eventually could track their movements up and down the channel.

The main avian biomass came in the form of Muscovy Duck. I remember these from my previous visits, but they seem to have hugely increased in number - they were literally everywhere, lots of broods of youngsters as well. A Mallard looked small and lonely. If the trend continues the locals will have to start eating them. We spotted a Buzzard over the nearby hillside, and a Yellow Wagtail sang from a lamppost - both of these are endemic sub-species. Being around midday the light was harsh and neither of us felt as if breaking out the cameras would be a worthwhile exercise. Plenty of time for that later.

We carried on to the Ponta de Sao Lourenco, a popular walking spot out to a light house - this is the rocky peninsula that you often see on the flight in just before the plane turns and comes back into Funchal. There were huge numbers of people both setting out and coming back, but we jammed a parking spot fairly close to the trail head. Looking down the slope we were surprised to see a Hoopoe, not a bird I have seen on Madeira before - it kept returning to a particular spot so a likely breeding bird. Kestrels were plentiful, as were Plain Swift and Berthelot's Pipit. We also found several singing Spectacled Warblers, one of which looked like it could be worth an early morning visit, and several Canaries, and whilst we thought we heard Rock Bunting we couldn't track it down.

Still on the island Tour our next stop was on the other side of Funchal, the Lugar de Baixo. This is a top rarity hotspot, a small lagoon right on the coast. Today it had a few Muscovy Ducks and another lonely Mallard, as well as a family of Coots and a Moorhen. We retired to the nearby café for coffee and ice-cream, a far better investment of our time. 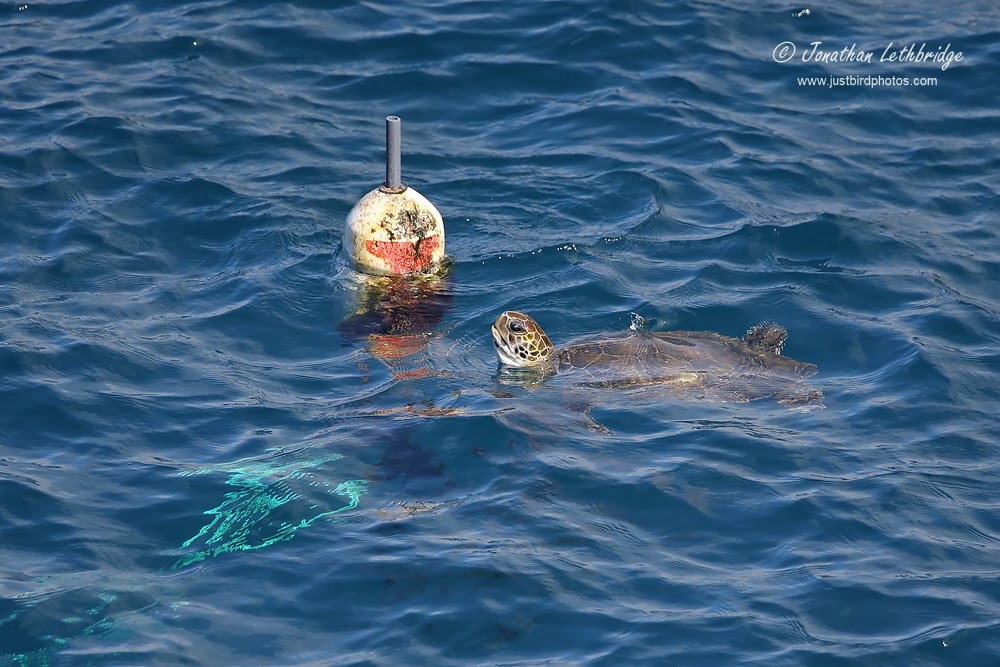 Sated we drove up the nearby valley to the other side of the island at Porto Moniz. I've previously sea-watched from here, albeit at a different time of year, and was astonished by the sheer numbers of Cory's Shearwaters. Thousands. Today was a different story with just eight, and the highlight was a Turtle eating sea-weed of a buoy. A small Common Tern colony was on an outer rock, something I had not remembered, and we also found a single Manx Shearwater cruising by.

And that was the end of the first day, well afternoon really. We had seen a few birds and acclimatised ourselves, but had not taken a single photo between us! That would all change tomorrow. For now we checked into the hotel back at Lido/Forum and went to find some food in Funchal.