I woke up late in a winter wonderland. I had arrived the previous night in the dark, and whilst it had been obvious that there was snow on the ground I had not realised quite how much there was. It was in substantial drifts (well, substantial for someone who lives in a country where about an inch causes nationwide mayhem). My first stop was at Lincoln Park golf course on the east side of town next to the river, the other side of which I now realise was Minnesota. I drove gingerly over there on roads packed with snow and ice and simply parked in the club car park - December is not a big golfing month in North Dakota. As I got out of the car the temperature registered -24C, which officially makes Grand Forks the coldest place I have ever been. I had good core cold-weather gear, base layer thermals and a down gilet, but my hands and feet had a very hard time. Locally however this is nothing, winter is only really getting started! 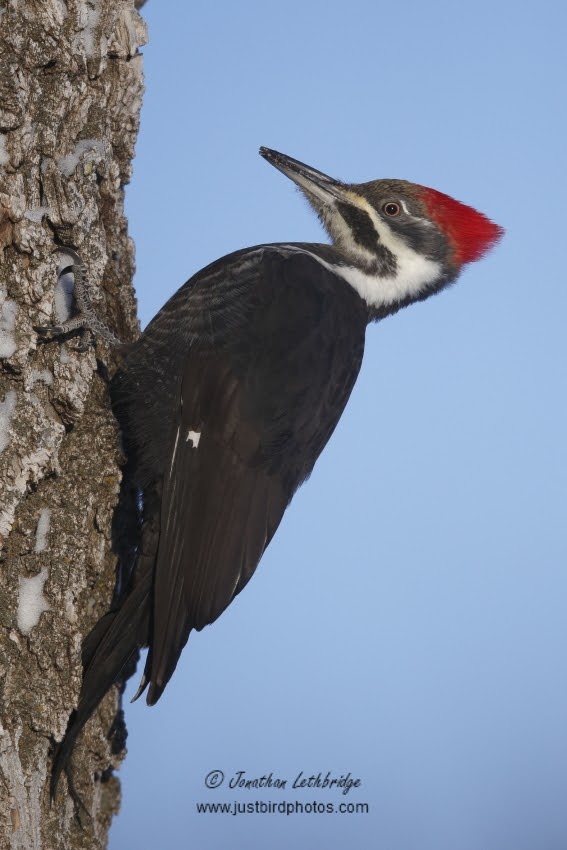 The course was deep in snow, although someone had thoughtfully cleared the footpath to the bridge. My goal here was Owls, Barred, Long-eared and Saw-Whet all reported very recently. There were no other birders who might know where they were and so I could not find any of them despite walking three miles, a lot of it thrashing through knee-high snow. I has far more success with Woodpeckers, especially Pileated which was a new species for the trip and is just a great bird. A few Redpoll flew over but I was confident of finding flocks of these later. Anyway, my two hour hike was a lot of fun but netted just 11 species, a reminded that birding in extremely cold places is very hard work. One of the Pileated Woodpeckers gave simply outstanding views, when it is this cold the birds are fixated on feeding and very often ignore everything else, including birders. 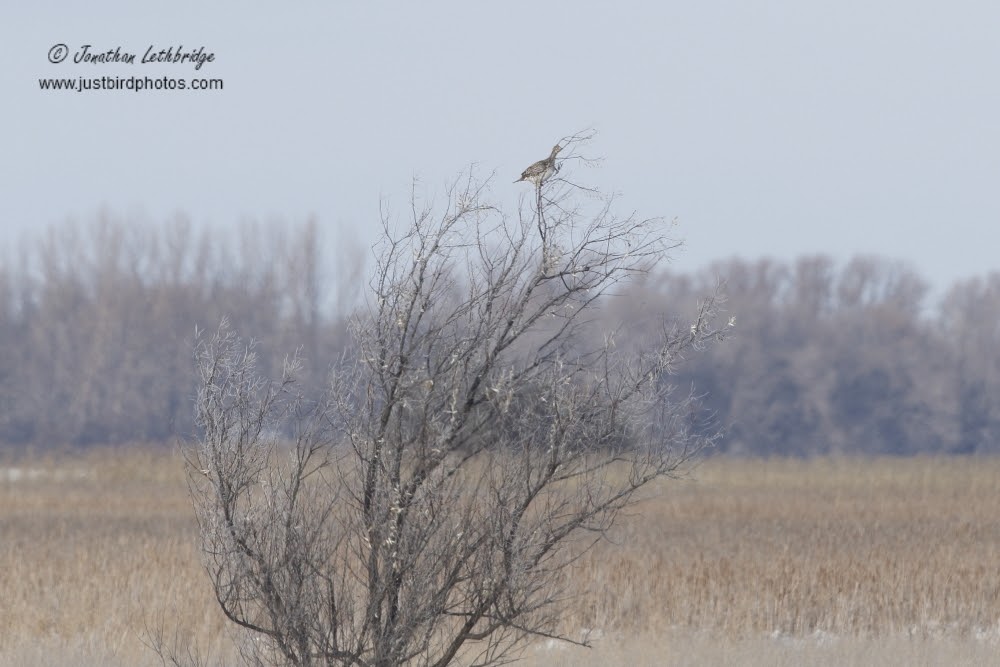 I drove across to the west side of town to a wildlife area called Kelly's Slough, per eBird the best place for birding locally and it was everything I had hoped it would be. One of my main targets was Sharp-tailed Grouse and this fell easily with over 20 birds perched conspicuously in tall bare trees. I put up several coveys of Grey Partridge as I drove the loop, and both Short-eared Owls and Rough-legged Buzzards hunted alongside me. I found a single Snow Bunting near the viewing platform, and several flocks of Common Redpoll totalled over 100 birds with an Arctic Redpoll in the final group. It was not possible to bird outside the car as it was simply too cold, even five minutes with the scope on the viewing platform was agony and so I set up the tripod on the passenger seat instead which worked very well, though made it more difficult to photograph things out of that window. 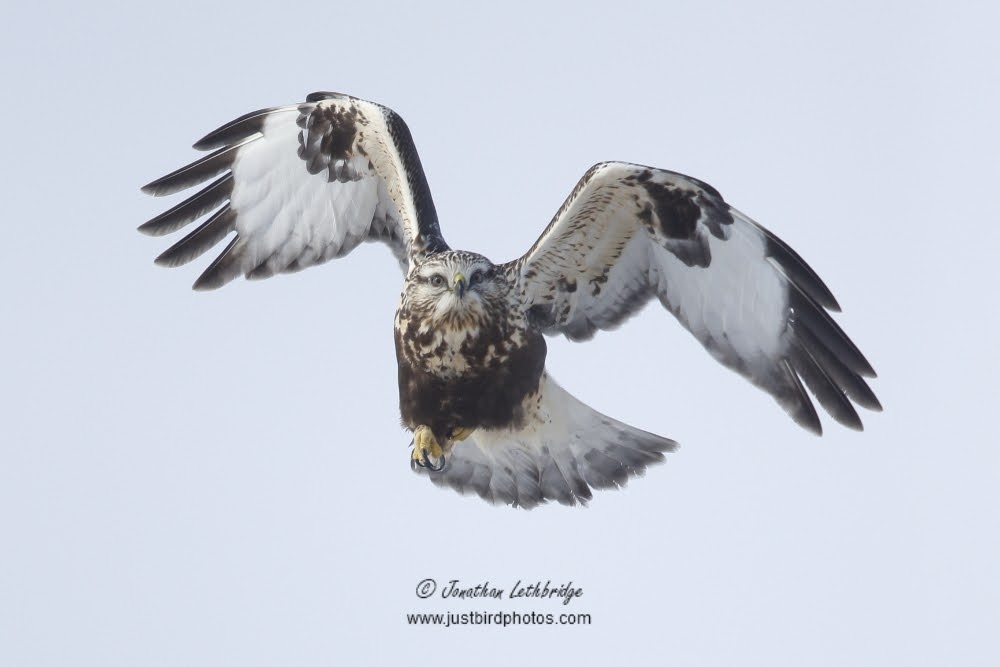 After this I spent a bit of time driving roads to the north east of Grand Forks, in Minnesota, looking for roving flocks of Buntings and Finches. Redpolls were the birds most often encountered, with quite a few large groups, but Snow Bunting won the numbers game with a super-flock of about 350 birds on the highway near the settlement of Euclid.

And that was my day. I had seen almost everything that I had wanted to see, and I had another long drive ahead of me that I was determined not to do as late as the previous day, especially as the next day was planned to be at Sax Zim bog and I didn't want to be shattered for what I hoped would be one of the best days of the trip. I made it in good time and had another terrible meal at some crappy diner - chicken wings in a portion so grotesquely large I ate them for dinner the following night as well and still threw some away! 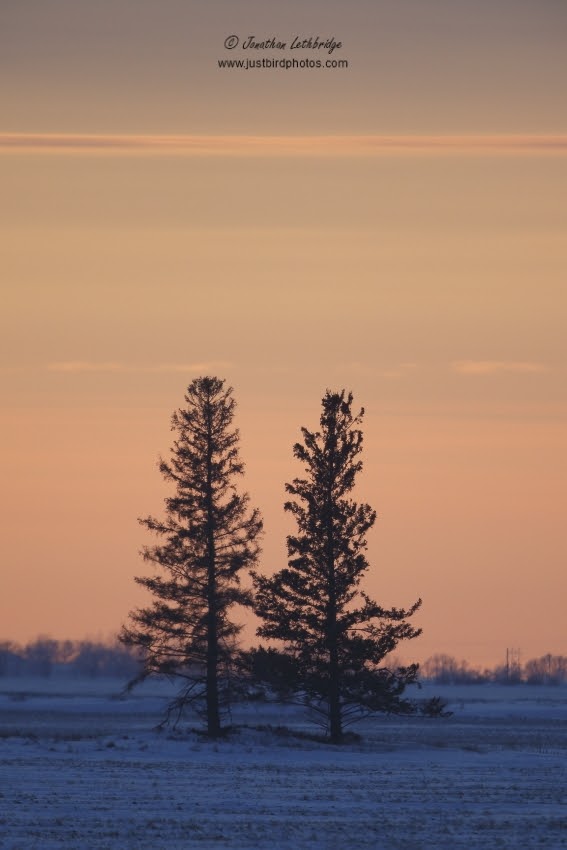