The Midwest - Day 4 - Fort Collins and into Wyoming

I was up early and birding from first light. With the sun setting around 4pm every minute counts! I started off at yet another reservoir, Fossil Creek, and the first bird seen was a low-flying Golden Eagle overhead. There were also five Bald Eagles dotted in a small row of trees. In addition to the Eagles my first Western Meadowlark and a large flock of Great-tailed Grackles on the way down the water's edge. The water held tons of ducks, thousands of Cackling Geese and a single Slavonian Grebe. Overall this was a a decent stop, with over 20 species recorded, but once again however the place was immense, and it is hard to think I covered it properly from my vantage point - scoping huge water bodies isn't my favourite type of birding really, you're just not close enough to the action. The rest of the day would be very different.

My next stop was the park and nearly adjacent cemetery in the centre of Fort Collins. The pond here held my first Wood Ducks of the trip, with the tall pines close by occupied by several tooting Red-breasted Nuthatch. I met a local birder called EJ in the cemetery who was super helpful and showed me a few nearby birdy spots nearby, including a highly unseasonal Hermit Thrush hanging around behind his house, and a large flock of Bushtit over the road. A Northern Shrike also flew through the cemetery, a species I would eventually see many more of further east but that was so far missing from my achieved targets.

I had two final stops before I left Colorado. The first was close by, Lions Open Space, essentially a cycle path alongside a river. Here I found American Dipper, and finally a Winter Wren that had helpfully been pinned down by another birder. The second was further west on the far side of Horsetooth Reservoir, the Well Gulch Nature Trail. Here I finally connected with Pygmy Nuthatch and another Townsend's Solitaire, my 10th of the trip.

Now for a bit of a drive. Leaving Colorado behind I crossed the northern border into Wyoming. This had not been on the original plan, and meant I would need to skip a planned afternoon birding site in Nebraska that was supposed to have broken up the journey, but per eBird a private residence near Laramie seemed to have the only reliable sightings of Grey-crowned Rosy Finch. I was a little nervous at simply showing up at somebody's house, but per the map it seemed to be in the middle of nowhere and I was pretty certain that a fellow eBirder wouldn't mind. Brian wasn't in when I arrived, but I was in the process of writing him a note saying Thank You when he came back. Initially a little sceptical of a large black government issue car parked opposite his drive, we ended up having a nice chat. He doesn't know quite why these birds are regular here or why in such large numbers, occasionally including small numbers of the the other two species, but he is a birder through and through and keeps lots of feeders well-stocked and this is the result. I was delighted to have seen at least one of them - at least 40 were visiting his feeders on the day of my visit and the views were brilliant. I thanked him profusely 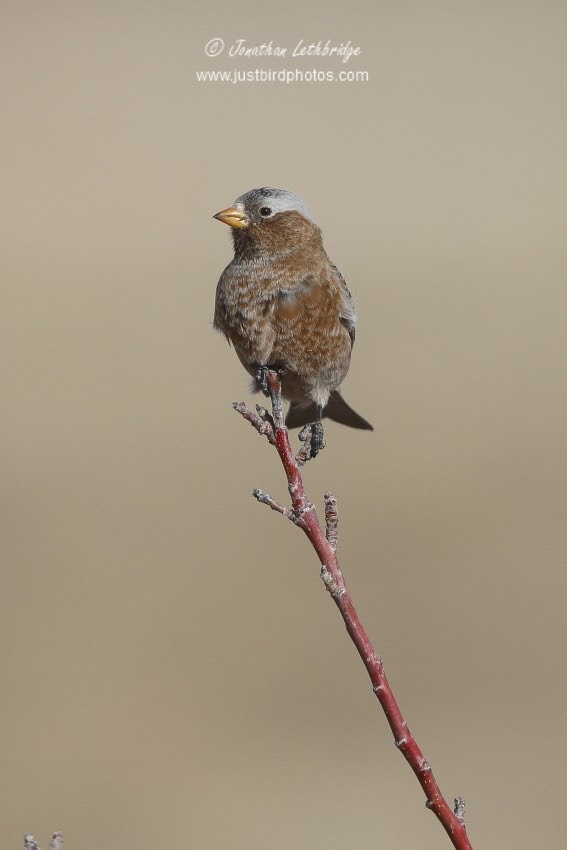 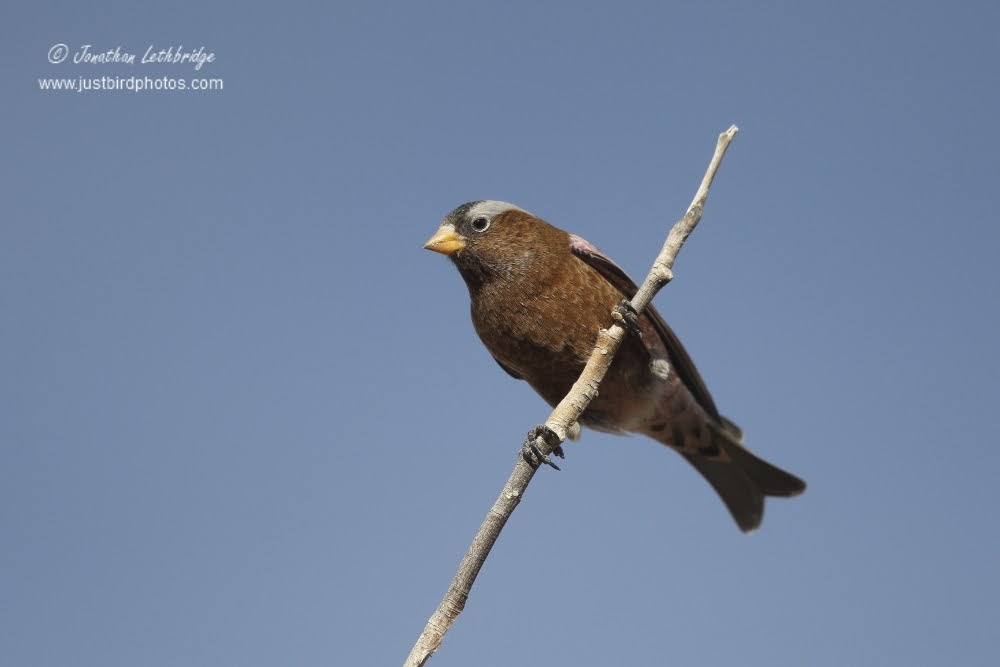 I spent a short amount of time trying to scrape together the semblance of a Wyoming list at a couple of site around Laramie, and then east around the town of Cheyenne, but I had done little research and needed to make tracks. I calculated that I could just about make Nebraska by dusk and might have a few minutes birding a new State, but would then have to drive up to South Dakota entirely in the dark. Ultimately I was too slow, a poorly chosen stop at a duck-hunting lake did get me some Canvasbacks, but a guy with a gun then told me to get lost and went off to try and shoot them. Brilliant. I arrived at Oliver Reservoir in Nebraska after the sun had set and birding was impossible. Some distant and invisible quacking. I was thus expecting my Nebraska list to have one bird on it - Mallard.

However the day was not yet done. 150 miles and two and a half hours later I was approaching the South Dakota border when I drove past a white blob on the grassy verge of NE71. Whoa! Was that what I thought it was? I slowed the car down, did a u-turn and headed back slowly. Oooof. I had been confident of finding this species in Minnesota or Wisconsin, but out here in the middle of nowhere? Anyway, my Nebraska list has two species on it. Heard-only Mallard and ....Snowy Owl! The final hour of the journey was completed in high spirits! 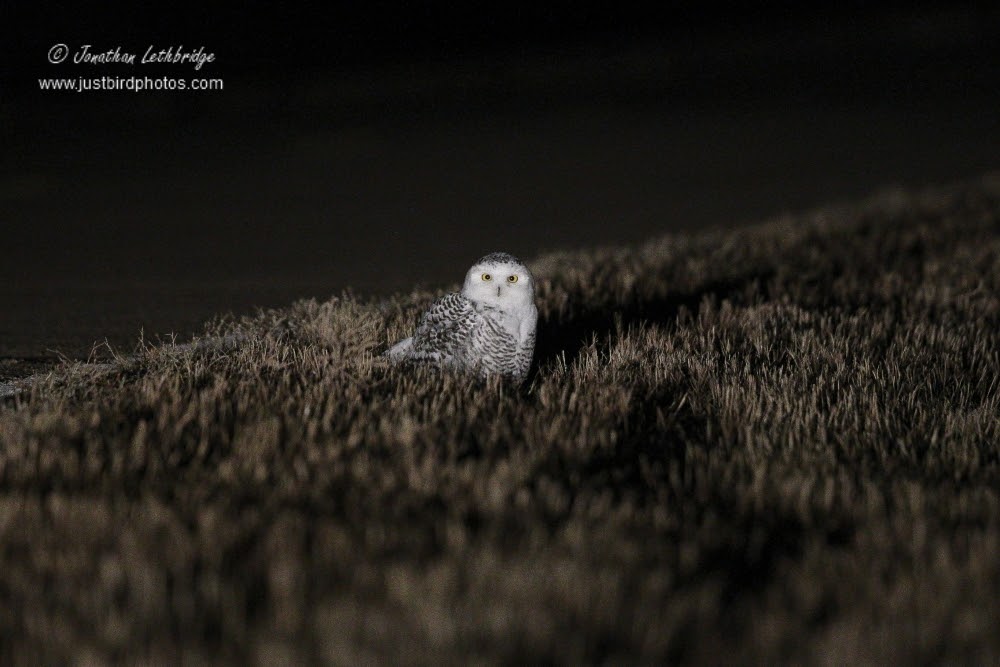 Posted by Jonathan Lethbridge at 12:00