I went birding at the weekend in the Brecks. Any subsequent blog post would have had quite a strong "went here saw that" kind of feel, and as I hadn't bothered with a camera either there really was a dearth of material with which to work. Part of the day was spent at Lakenheath, which is also where a White Stork spent part of the day. We did not coincide.

Last night a White Stork was found in the Lee Valley. An unringed White Stork, these days quite a rare commodity. It was still there this morning. Seeing as the patch was quite dead and it was still early enough to get there and back, I twitched it before work. I have not been up to the Lee Valley for a while, and ended up spending a bit of time driving around a housing estate which was tantalisingly close to the scrape the bird was on. As all twitchers will know, anxiety levels tend to increase in inverse proportion to how far away you are from the target. I had that feeling very strongly this morning. When I had finally extracted myself from legoland hell and found my way to a car park, before I could strike out I had to deal with paying for parking. This did nothing to ease my mood.

Firstly I loathe paying for parking as a matter of principle - it is not a transaction in which I feel I come away with value. Secondly, the concept of ticket machines which accept actual money is quickly vanishing. In these super-efficient days these ancient relics have been replaced by an app. Whereas before you could spent 30 seconds putting a pound coin in a machine and putting a small piece of paper on your dashboard, now you can spend ten minutes downloading an app, registering to use it, linking a credit card to it, telling it where you are parking and finally typing in your number plate and hoping it all goes through. Inevitably it does not and you have to start over, all the while thinking about White Storks spreading their wings in the morning sun whilst deciding which county is next on their hit list. Innovation and progress they call it. 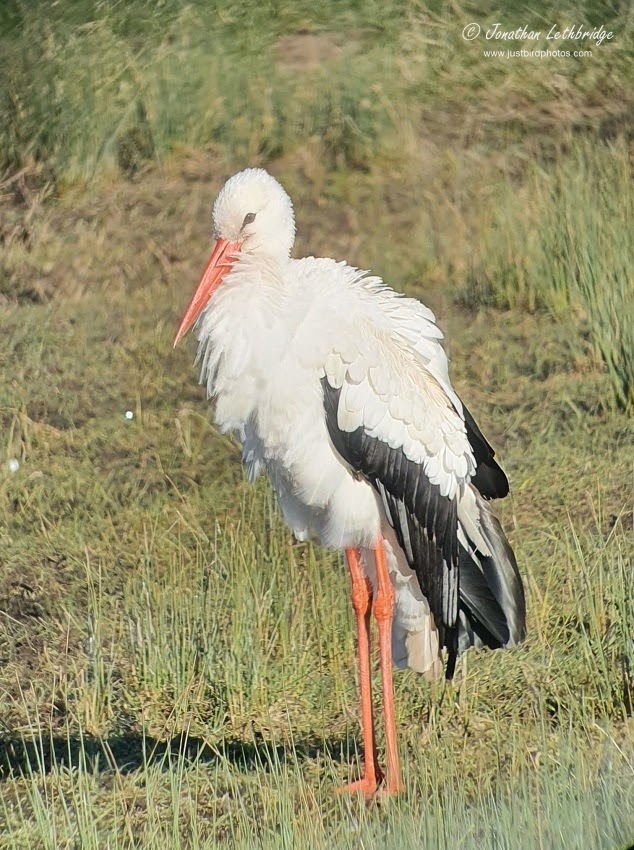 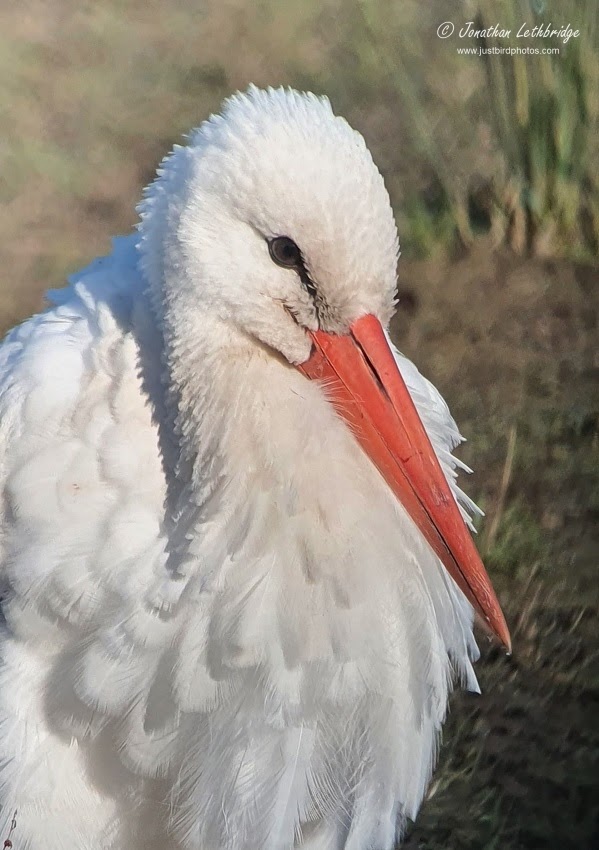 However, and as the above obviously shows, despite the faff the bird was still there, indifferent to blue skies ripe for soaring and a small gaggle of fervent admirers. And as you can tell from the first photo, no rings, crucial in today's muddy Stork waters. Not bad for a pound eh?

The bird at Lakenheath on Sunday was initially thought to be a good one, people actually travelled some distance for it. It was not ringed as many of the Knepp birds are, which these days is about the best you can hope for. Subsequently however there was noted to be a problem with the wings. As in they were not all there, and as the old saying goes the first rule of birds that people like to keep as pets is "All the wings, no rings". Or maybe I made that up. Turns out that actually a pound does not get you very much after all, as it appears that this morning's bird in London is the same individual as seen at Lakenheath - flight footage obtained from a passing birder's car in Cheshunt shows that it too has been clipped at some point. Ineffectively clipped you would have to say.