Ten species of Gull on the patch

This is a post about Gulls. Not in praise of Gulls, just about Gulls. I don't often spend time thinking about Gulls but it has just occured to me that we have had ten species on the patch this year. Ten!  Isn't that amazing? Having just checked the historical records over on the other blog that we collectively contribute to I can see that in fact ten species of Gull is all we have ever had. Incredible therefore to get them all within a few weeks. To save you clicking through (and to flesh out this post - there is only so much I can say about Gulls), here is the relevant extract from our site list.

Counts of 400+ not unusual on the Flats in winter. During flooding caused by heavy rains on Wanstead Flats on 28th February 2010, an estimated 2000+ birds were present.

Mediterranean Gull: Scarce annual visitor
A regular returning bird was thought to account for annual winter records
2014 had reports of at least 6 birds, so probably increasing
More recently a long-staying bird over the winter 2020/21 (RR), joined briefly by a second bird on 19th December 2021 (JL/TB).

Herring Gull: Regular winter visitor
Regular in small numbers on the Flats in winter, with larger numbers flying over to and from the Chingford Reservoirs.
The largest count was of 82 on February 28th 2010

Yellow-legged Gull: Scarce visitor
May be found on the Flats, usually in late summer.
2017 was a good year with a number of sightings reported including 2 birds that became resident from September onwards by Alexandra Lake (2w and 3w).
More recently several 2CY birds in early 2021.

Caspian Gull: Rare winter visitor
A bird seen briefly on February 26th 2011 (JL)
A 1st winter bird from November 2015 on and off to February 2016 (BV)
A 1st winter bird on Alex 4th-5th November 2018 (NC,JH)
Becoming more regular in recent years, latest record of either a single or two 1W birds on 5th April 2021.
Iceland Gull: Extremely rare
A first winter bird toured the Flats 23rd March 2021 and was seen on and off for three days (MH)
Great Black-backed Gull: Scarce winter visitor
Usually as a flyover, most probably to and from the roosts on the Chingford Reservoirs.
An adult has been regular on the Brick pit in the past few winters
A record of 41 on the Flats on 7th October 2001 is exceptional
Lesser Black-backed Gull: Resident breeder
A few remain over summer in the Park and Flats, with more coming in during the winter. Peak count of 50 on 1st October 2010

Most of these gulls are regular. I could go out on pretty much any winter day and come home, figuratively speaking, with four species, and quite possibly five or six. Common Gulls are probably the, err, commonest in winter, with many hundreds loafing around on the football pitches, but the Black-headed Gulls give them a run for their money. There are generally always a handful of Herring Gulls and Lesser Black-backed Gulls around, and in extremely wet weather these numbers can swell dramatically as they paddle-feed on the saturated short grass. Great Black-backed Gull is most often a flyover although they occasionally come down for a bit, and if we have a Yellow-legged Gull they can quite often be faithful to a particular pond or puddle for a few days. The others are little less predictable. Caspian Gull is probably more regular than Med Gull at the moment, but previously it has been the other way around, and Kittiwake remains a very hard bird to get on the list. And as for Iceland Gull.....

There are of course notable gaps on the list. Little Gull would seem to be the most obvious one. They're regularly seen on passage on both the river and the Chingford reservoirs and we sit exactly between them yet have never seen one. I once had a small first winter Gull distantly flying away from me over the Flats with that classic W on the back but I could not safely rule out Kittiwake on the views I got. I suppose that one day someone will simply find one bobbing about next to a Mallard, but for now the wait goes on.

Back in the day I would have said that we stood a decent chance of one of the returning wintering Ring-billed Gulls turning up, especially give the number of Common Gulls we get, but that never happened and now of course all those the regular birds have departed (this life probably) and the species has become rare again.
I've seen Sabine's Gull on the reservoirs and Bonaparte's Gull on the river, both about five miles away. Is there a slim chance of one of those two? And if we can get an Iceland Gull could we also get a Glaucous Gull? I think we can. We just need to have our eyes open and our wits about us, and one day it will surely happen. 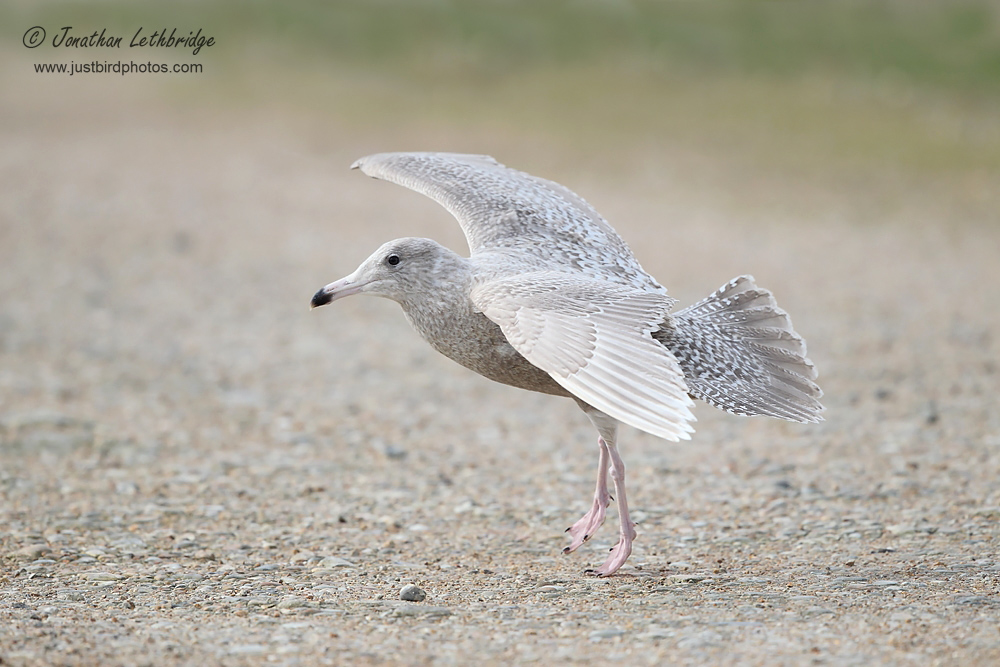