I'd been threatening to do it I suppose but this morning I forsook the patch and loaded up my bike with scope, tripod and tea to explore my 5MR. Broadly speaking I went west, taking in a few sites that I remembered from back when I used to be quite into London listing. My approximate route is below - somehow I covered 15 miles over the course of about four hours, plenty of stops. 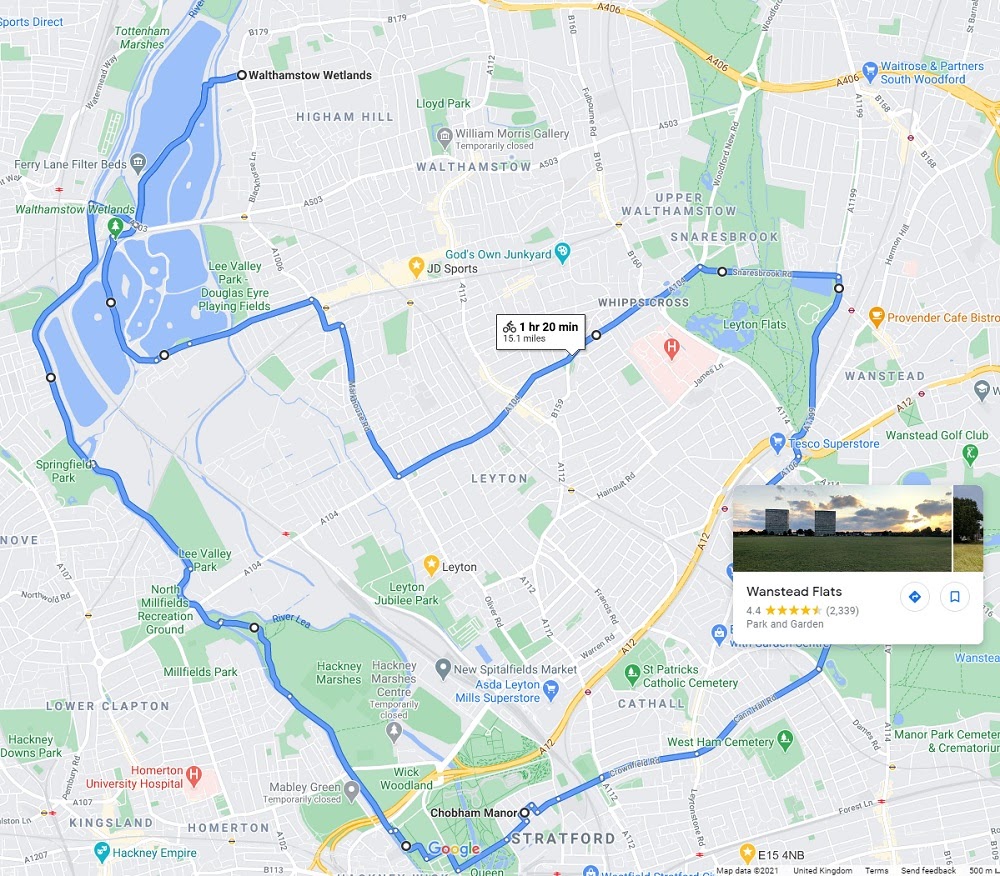 My first stop was Eagle Pond at Snaresbrook where there was a predictable Caspian Gull. I was also genuinely surprised to find a Black Swan, although now I think about it I do remember reading about it last weekend. From there I headed to Coppermill Lane filter beds where I was not at all surprised to come across my first Chiffchaff for the year flitting around the trees near the fence. Another called nearby.

I then entered Walthamstow Wetland and wiggled my way through to the northern reservoirs. This was rather a chore, being a public site there is a one way system and not all paths are open, and they also insist on not riding your bike. Fair enough I suppose, even though I entered as soon as it opened it soon became extremely busy and you can see that cyclists would be a problem. No such restrictions on the other side of the road though and I was able to blast up to the Lockwood and set up my scope. Dreams of waders pottering around on the banks and of flocks of rare sawbills soon evaporated, in truth I saw exactly the same species that I would have seen had I been in Wanstead, just higher numbers. 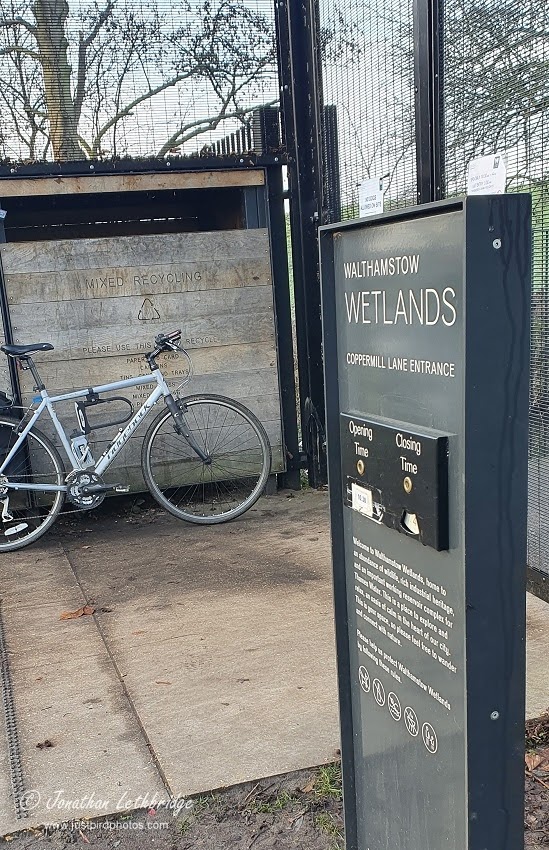 The route home took in Walthamstow Marshes, Middlesex Filter Beds and part of the Olympic Park. By now it was late morning and having a bike did unfortunately restrict me to the same paths being used by hordes of Londoners out for a stroll. It may be better to use the roads next time to move between sites.

I viewed today as more exploratory in nature than dedicated birding. Mainly I wanted to test out the pannier and get my bearings in East London. Although all of these sites were within five miles of home some of them I have not visited for many years, and certainly getting to them by bike felt quite novel. I expect after a few sorties I will have it sussed and be able to concentrate more on the birds. Dumping the bike somewhere and then birding on foot is going to be important. As it was I recorded 46 species, the best of which was a Peregrine at Waterworks. Three were new species for the year.

Despite the slow nature of the birding it felt good. No, it felt great actually, an adventure of sorts. Last week I went outside just once, work did not really allow for anything else - the usual excitement of January causing fellow employees to want to everything immediately. They need reminding that it is a marathon and not a sprint - I should know, this is my 21st year in working for the company. There is a lot of birding in range, January might be a bit dull but in a couple of months it will liven up considerably and my enlarged boundaries are brimming with possibilities. Can't wait!

Posted by Jonathan Lethbridge at 15:18