So, anyone up for a dry January given the latest developments? Anybody want to virtue-signal on this one? Excuse me whilst I go and die in a corner. Dry January, I mean, really? We talked about it obviously, it is traditional, but surely this is not the year, even for the very best of health reasons. I am going to put my cards face up on the table on this one: denying myself wine during January 2021 would kill me. Depression, pure and simple. I am not an alcoholic, or at least not yet, but the mere thought of no wine is so acutely awful that I am shuddering even thinking about it. I mean the world is currently so miserable, so awful, so idiotic, with so many bad things in flight - COVID, Brexit, and the US Presidency to name just a few. And the weather is so cold and so wet, and it is so dark outside, that in addition to all of this to then also cut out wine, that one ray of light, that retreat into happiness.... I mean no, just no. It is too much to ask, too much. This winter already looks lengthy, a new lockdown has just been announced, and cutting out wine would add the equivalent of months. No.

Too much is an interesting question of course. I had a quick tot up of my cellar raiding throughout December and have arrived at 23.5 bottles of wine, 1 bottle of Champagne, and 2 bottles of Port. Some of that was Christmas excess of course, but in the cold light of January that does seem quite a lot. It was between two (he said desperately) but I think we all know that if a bottle is opened more is going to get consumed by me than by Mrs L. Now I had almost no beer, just over a pint, and a handful of Gin and Tonics and cocktails, oh and whisky occasionally, but the real liver damage was caused by wine. There was no binge drinking, it was slow and steady. There was almost always something open, perhaps two bottles, a red and a white, and I availed myself nearly every day. A dry January does now look quite sensible but for the mental strain it would place on me.

As with all things, moderation is the answer. I need to get back to weekends only. We had been doing this for nearly the whole year, but as the days got shorter and the situation bleaker Friday became Thursday, which became Wednesday, and eventually we threw in the towel. As far as I can tell there was a steep increase in consumption starting around mid November. It was a delicious increase - the cellars of Chateau L are deep, well planned and well stocked. As ever white Burgundy was the bottle of choice, but both southern and northern Rhone reds were well represented, as were the dry whites of Alsace. Only a single bottle of Bordeaux was opened, a Christmas Day treat, and two bottles of red Burgundy. The balance was made up from Italy and quite surprisingly a Californian Zinfandel - I am branching out. But I need to rein myself back in... if wine is to become less quotidian then it can be France only, I cannot burn my allowance on experimenting with other regions. 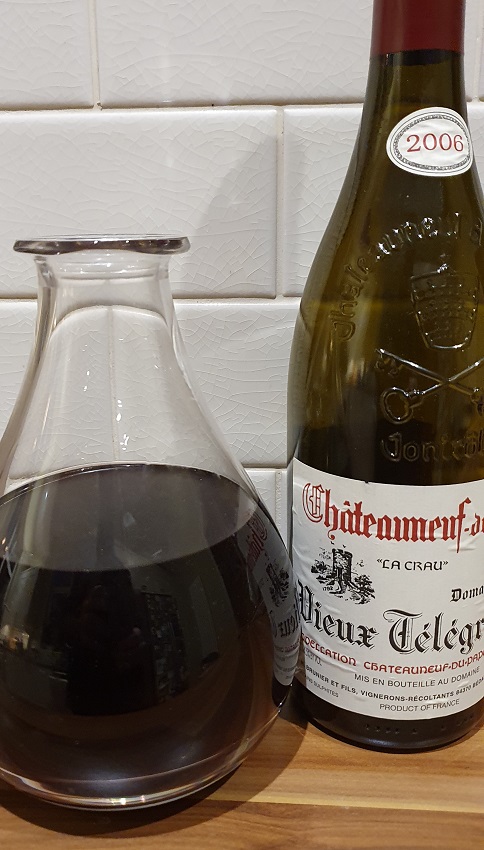 So there it is, a New Year's resolution of sorts. Drink less wine but continue to drink good wine. The latter part should not be too difficult, in fact the presence of a lot of good wine is what makes it hard in the first place. Luckily I can be quite obstinate when it comes to it, and am backing myself not to descend into scenes reminiscent of Withnail & I. Although that may depend on quite how long this new lockdown lasts and how badly this latest phase of Brexit goes. Imagine if there was no cheese?