Little in the way of update from sunny Wanstead. I was forced to watch "Titanic" by other members of the family which ate up several hours including some precious daylight. I could not wait for the bloody thing to sink and when it finally did that took an age too. Predictable Hollywood garbage and three hours of my life I won't get back.  How it managed to win so many Oscars I simply do not understand, perhaps the competition that year was particularly thin.

Meanwhile we're all eagerly waiting to see what cack-handed U-turn the Government comes up with next. What is shocking is how unshocking it is. At a time when we needed proper leadership we have a ship of fools, a parade of egotistical, shallow and above all talentless nitwits who are making it up as they go along. Goodness only knows where we will end up. We're taking a particularly keen interest in schools here in Chateau L as all of the residents here except me attend one. Today - in theory the first day of term - all of these were closed, at least physically and for which we are very thankful. But that is not a given depending on how old your kids are and where you live, and without a public, healthcare and union outcry they may very well have been open as our cretinous leaders continue to fiddle while Rome burns. Before the decision was eventually made I was going to keep our kids home, go ahead and fine me, but for Mrs L it is a different equation. If she is told she has to be at work then really what choice does she have? Some head teachers are now taking matters into their own hands thankfully, and we hope to get some clear direction sooner rather than later. It seems to be under-reported but the situation in Roman London hospitals appears to be dreadful and getting worse despite the additional restrictions. I am not surprised, as whilst out birding briefly on Saturday I could not help but notice that Wanstead Park was packed with families and groups of people who clearly did not live together. The Tea Hut by Heronry was doing a roaring trade in "essential" coffee and cake, and if you were to ask me if this felt like a brand new and very serious stage of the pandemic I think I know what my answer would be. But in the absence of clear and unambiguous guidance from the mendacious shysters in charge I actually don't blame Londoners for continuing to do what they feel is OK. They'll probably introduce Tier 5 soon and I don't expect it to make any difference at all.

Being in the Park made me question what I was doing though. I have no idea how transmissible these new variants are outside but I felt distinctly uneasy, just as I did at the start of last year when there were many more unknowns. I doubt I will go out much locally over the next few weeks as staying local doesn't really work in crowded cities, which leaves staying indoors as the only option. I would feel much happier birding out of the way coastal spots in Essex where it is far far easier to avoid other people, but if I did then I would be committing some kind of internet crime. It's apparently the new big thing for bored birders who dislike twitching at the best of times, they have turned into amateur sleuths, scanning social media accounts, blogs, eBird and Bubo lists to check where people have been birding. And then to tar and feather them online. Show me a tweet about the Cornwall Sociable Plover that doesn't descend into a "how far did you travel?" shit show. One thing is certain though - if I have to sit through something as pitiful as "Titanic" again I would far rather brave the masses.

Apologies for this minor rant, various things are a bit frustrating at the moment. Anyway, during my brief foray in the Park I picked up a Teal on Heronry and a Grey Wagtail on Perch Pond, so 2021 continues to go well on at least one front. Here is a Fox from near the stables. My 2021 mammal list is now two, the other being Brown Rat. And it may well be three as somebody told me that those grey things with long furry tails that are assaulting my bird feeders might not be birds after all. More to come on that. 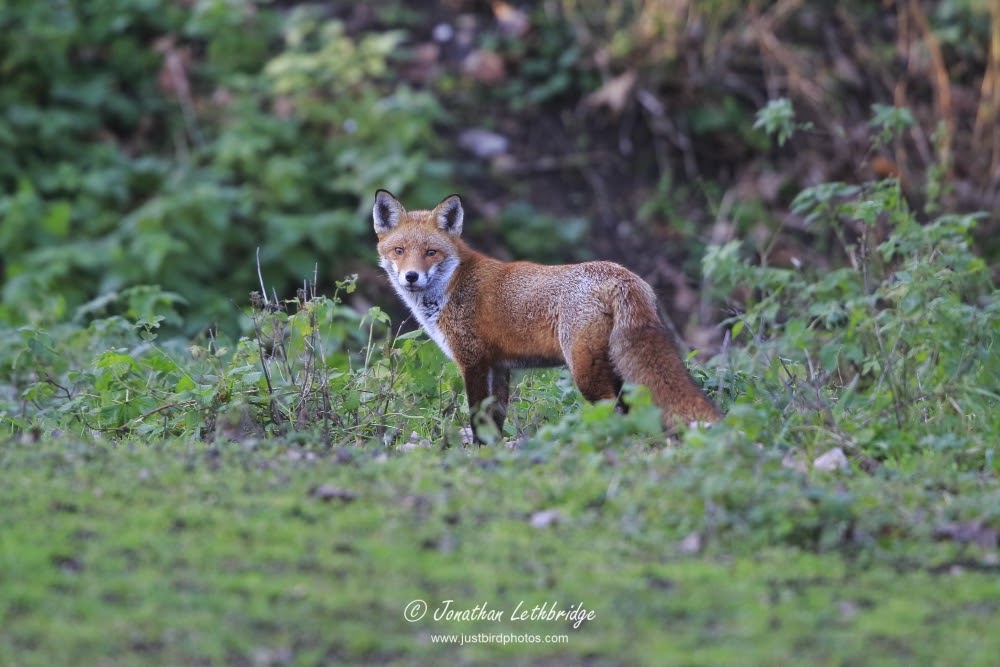