Waste not, want not

In about 1990 or 1991 my Mum bought me a winter coat - a waxed jacket. I still have it today. It was made by a now defunct firm called Joviel. All I can find out about them was that they were based in Cannock, Staffordshire, and that they went bust at some point after 2007. Presumably because their coats were so well made that they never wore out and so people only ever bought one. I wore it constantly through my teens and into my early twenties, through A Levels and University. Much of the wax has worn off, and so for a long while in the 2010s it didn't see as much use as I instead favoured more technical and more waterproof fabrics that worked better for birding. But as I age I find I am less interested in all-singing all-dancing innovations and prefer a more classical style. A fuddy duddy old man style... I think I have touched on this before in relation to shoes that I kept for twenty years, and this is basically more in the same vein. I apologise now, feel free to click away.... 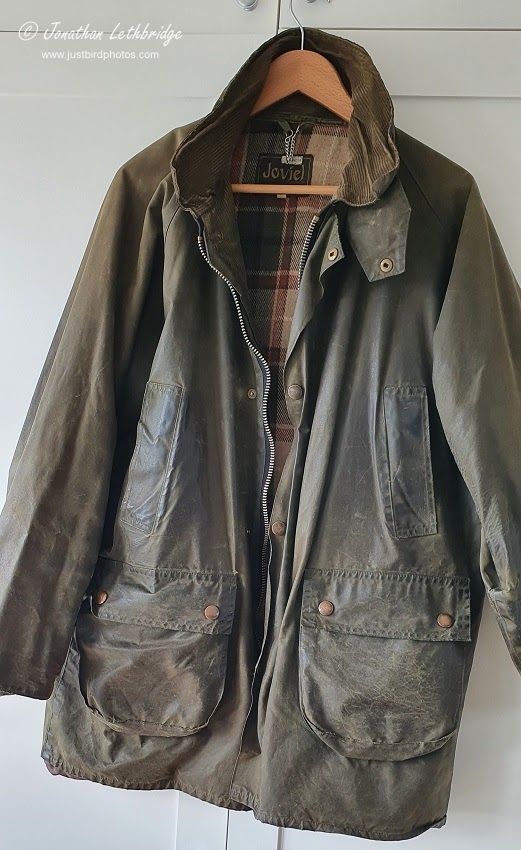 However at the beginning of this year disaster struck - the zip became misaligned by one notch, and no matter how hard I yanked it simply wouldn't budge. I had to crawl in and out of it, and so ruefully I put it to one side and started wearing my much lighter rain jacket with another layer underneath. But I didn't throw it away! About a fortnight ago as the weather started to get colder I had another go at sorting it out and failed again. This morning I looked at it one last time, concluded that it was dead, and started to look for a new one online.

I went straight down to the cupboard and pulled it out again. Not for me this consumption society and throwing things away! Surely something could be done? Putting aside brute force what about the next level of remediation, some kind of semi-sophisticated bodging? Enter YouTube. I searched for "fix misaligned coat zipper" and within ten minutes it was all sorted. The internet is truly a thing of wonder - I don't know what kind of person feels compelled to make a video detailing how to fix a coat zip, but I salute them and all their kind. All I needed was a screwdriver, a pen knife and a pair of pliers. The secret is the zipper stopper. I've never really looked into the components of a zip before but you see the little brass-coloured bit above the zip teeth in the next photo? There is one on each side and they stop the zip pull from coming off the top of the zip when you do it up. All I needed to do was lever those two clips off using the screwdriver and the knife to bend them a bit, and then pull the two zip pulls off the top. This then freed both halves of the teeth allowing me to realign them, at which point I could feed the two zip pulls back on to close it all up again. All that then remained was to reposition the two clips above the teeth and clamp them back on really securely using the pliers to undo the widening that the levering off had caused. Da-dah! One perfectly serviceable coat. 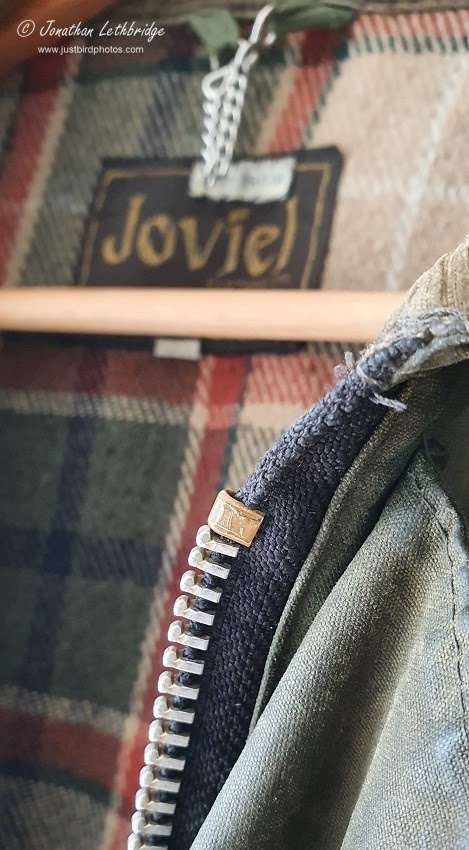 OK so it is a little tired, a few rips here and there and it isn't as waterproof as it once was, but I am generally a fair-weather birder anyway and it will do just fine. I have saved myself a large amount of money, there has been zero wastage and a new coat has not needed to be manufactured. And in any event this is a coat with character, a coat that has been lived in. And approaching 30 years old I would be confident in saying that few other coats have as much history. I used to use the poachers pocket on the inside to carry A4 folders to and from school on my bike, and if you look closely at the first photo you can see that in common with most clothes worn to school this has a name label sewn into it! I was probably wearing it when I met Mrs L at university in 1994. I wore this on walks with my Grandma in Sussex - she died in 2000. I wore it when my kids were little, the eldest is nearly 17. There are almost no points of my teenage and adult life in which this coat has not featured in some way, and next time I am up at my parents I am going to pull out some of their old photo albums to see if I can narrow down precisely when I got it and how old it is. I think it was a Christmas present so my best guess at this point is December 1990. The good news is that now I've managed to fix it it is about to be a part of my life again as I bird Wanstead Flats this winter. Possibly not for a further 30 years, but one day at a time.

I am sorry this post has been so dull but I am truly delighted. 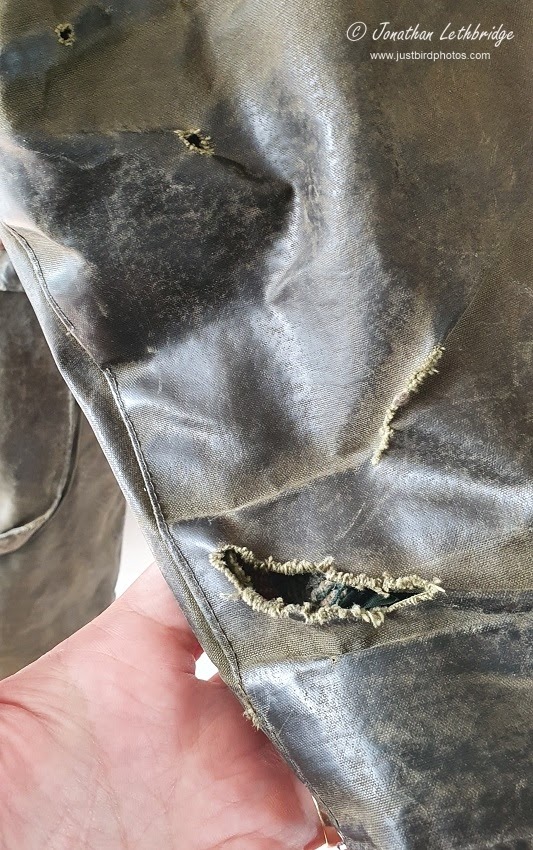