The power of the pixel

This Sunday morning just gone I did not go out on the patch as I would normally do. I was still a little frazzled from the seawatching at Sheringham and a rather difficult drive home; a slower start was warranted. It was a lovely morning. A bit of a breeze still, the remnants of Saturday's storm, but blue skies and weak sunshine were the order of the day. As I contemplated the whether the previous day had been a waste of time or a fun experience I became aware of a bird a fair way to my right and flying away. A Gull I thought, no wonder it got past me. I squinted at it again and put my bins up. Yep, definitely a Gu.... I ran for the camera which stupidly was still in the far corner of the room. The direct route took me over my discarded nocmig equipment, around a small gaggle of tropical Araucaria plants and some Aloe seeds I have been germinating, how I did not send them flying in all directions I do not know.

Camera in hand I pushed the battery back in and closed the latch (some kind of fault discharges it if left in) as I hopped my way back to the door. Back on the balcony I raised the camera and.... nothing. Camera down, bins up and it is still going, a mere dot. Last chance! Camera back up, I focused on the most distant thing I could find and then manually resolved the dot in the viewfinder and pressed the shutter. Was it enough?

What had caused me to run was what I felt was an usually large block of white on the rear of the bird. White that seemed even at a distance to run in a line up the back of the bird, rather than a rump or tail patch. At this stage it had been flying directly away from me, but surely on that feature alone it had to be a wader - a Whimbrel or a Curlew perhaps? Would my photos of a distant dot show anything? My camera is pretty old these days. It came out in 2012 and things have moved on hugely in the intervening years - they don't even make SLRs with sensors so puny any more. But what pixels there are are good ones, and though it may not be the latest and greatest any longer rarely has it taken a photo I have been more pleased with. 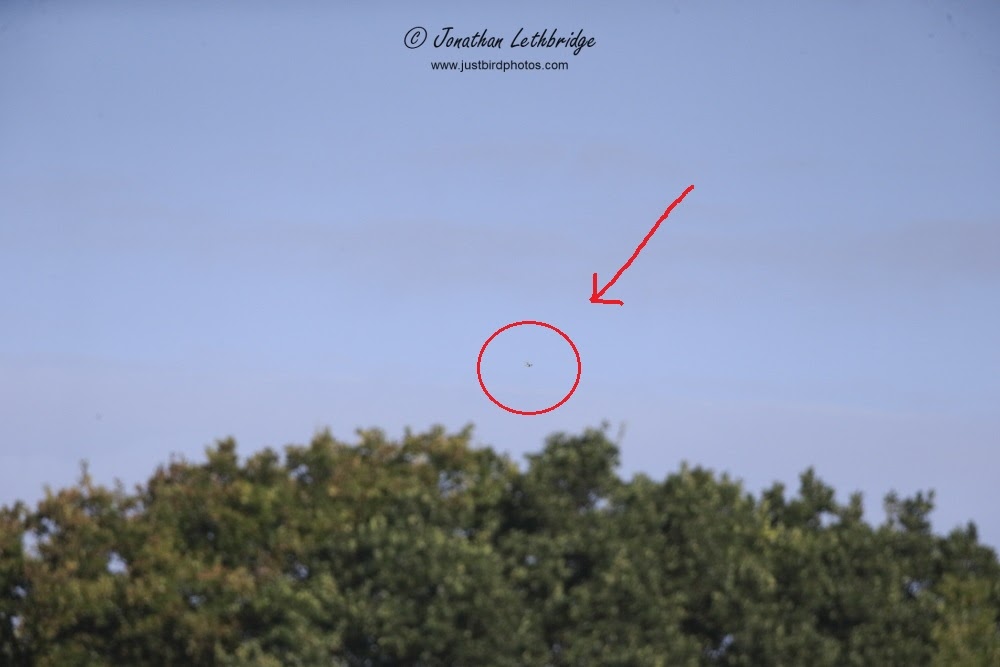 Yes, a true birder's photo. One that requires a red arrow to actually show where the bird is lest viewers confuse it with a piece of fluff or something. But modern cameras are remarkable things. I've measured what area of sensor is covered by feathers and that dot is roughly 54 x 42 pixels - 2,268 in total. That is just 0.013% of my sensor. But those pixels are enough. Look! 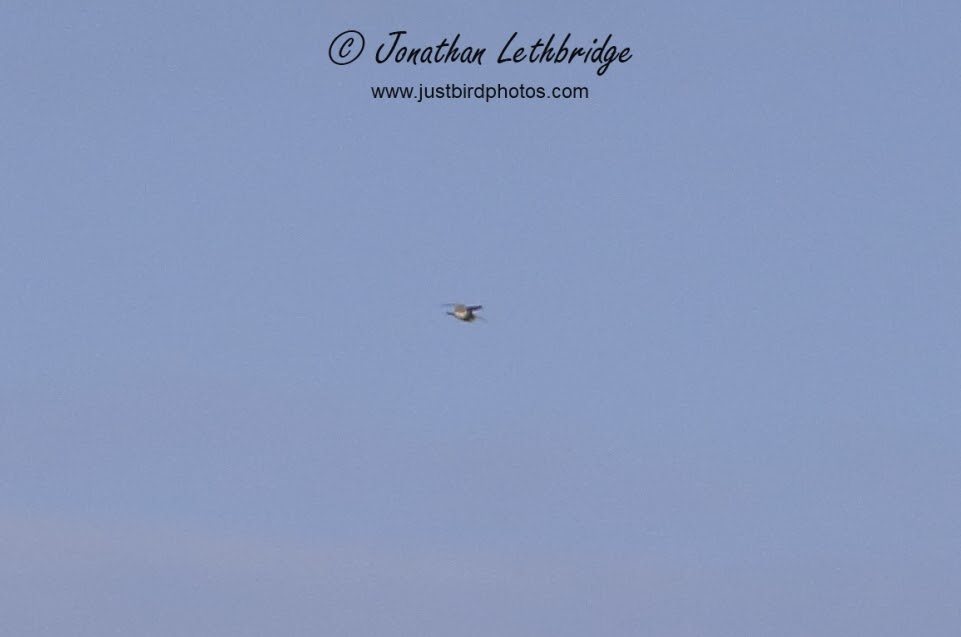 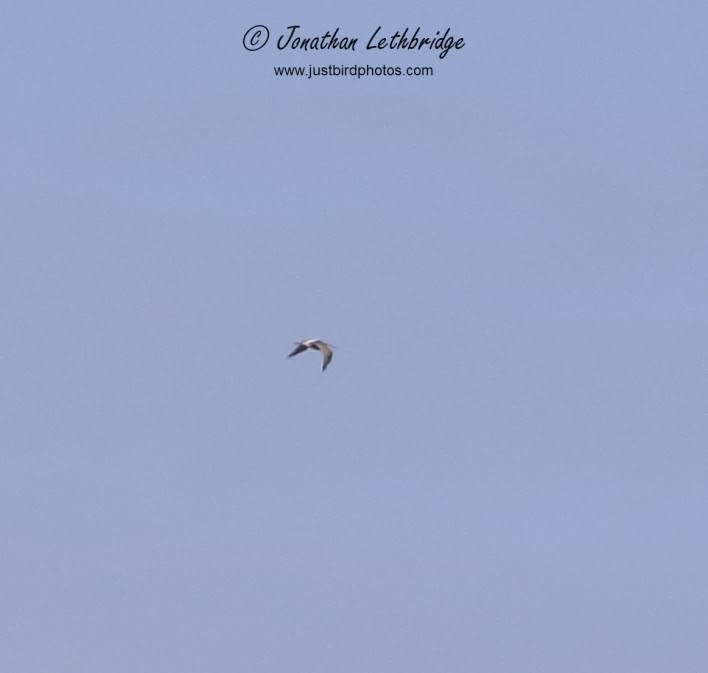 By a stroke of good fortune the bird banked to the right just as I took the photos and just before it was lost from view. It is clearly 2000 pixels of Curlew - not sure how many of those are bill but no Whimbrel would have a conk that long.

Curlew is not a patch tick. In 2013 I was lucky enough to have two birds fly over in very misty conditions out on Wanstead Flats whilst in the company of Dan Dan the Wader Man, who had presumably released them shortly beforehand from his magic satchel that over the course of a few years contributed numerous excellent records of waders and ducks to the patch list. But it is a garden tick, and a bloody good one too as waders are just so hard here. We associate them with crappy weather but I was out on my balcony under blue skies which makes this even stranger. That said this is but one London Curlew of several by the sounds of things - the previous day a bird was seen flying over north London, and the following day over a metropolitan Essex patch. And at Rainham yesterday morning I observed three Curlew fly straight up the middle of the Thames, ignoring all offers of RSPB mud and continuing west without stopping. Where did they end up I wonder?

Anyhow, let's hear it for megapixels.