Yesterday was a good day on the patch. I did not have a chance to write about it as I birded for as long as I could before I had to go out for lunch, and when I got back I was several sheets to the wind and no good for anything. This morning however I am refreshed, enlivened by a few more unidentified Finches, and raring to go.

Collectively there were 4 Whinchat, 3-4 Redstart, 6 Wheatear, 3 Spotted Flycatchers, lots of Willowchiffs and the continuing Common Sandpiper. I saw most of these, and also scored a heard only Greenshank - more on that a bit later. I've said it before and I'll say it again - we punch above our weight during the migration seasons, especially in autumn. That would be a decent haul on the coast these days, but this is a few thousand square metres in London. And most of the birds were concentrated within about a hundred square metres, the area of brooms and hawthorn immediately to the east of Centre Road. Sometimes the concentration went further still, with many of the birds in the same bush - one small hawthorn might have two Redstart down the bottom, a Wheatear on the top, and some Whitethroats bouncing around the edges. More than once I saw a Whinchat and a Whitethroat share the same delicate stem as they followed each other around. Here are some photos. 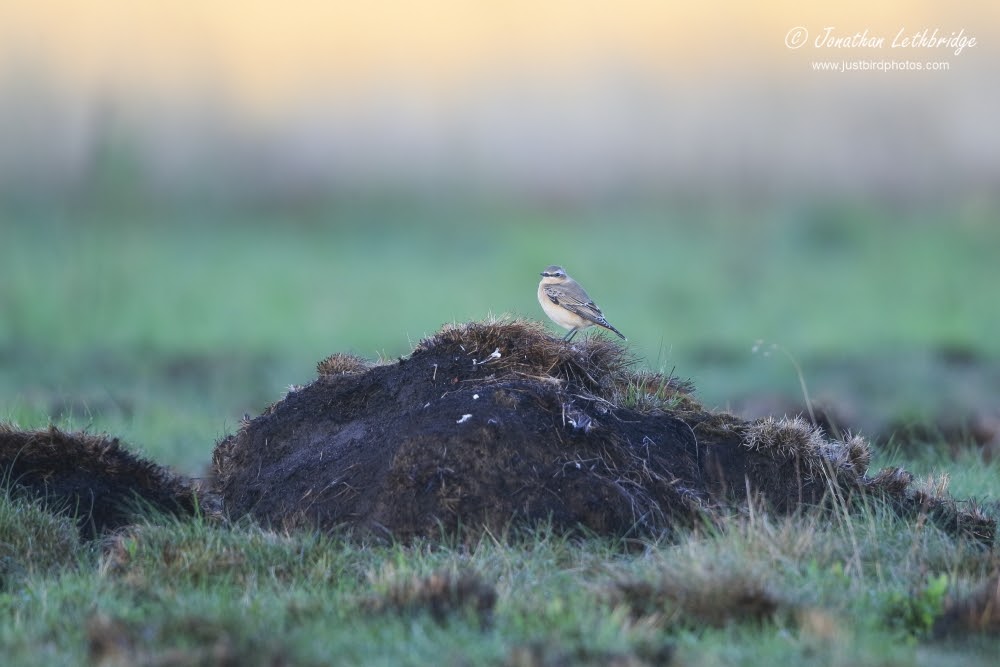 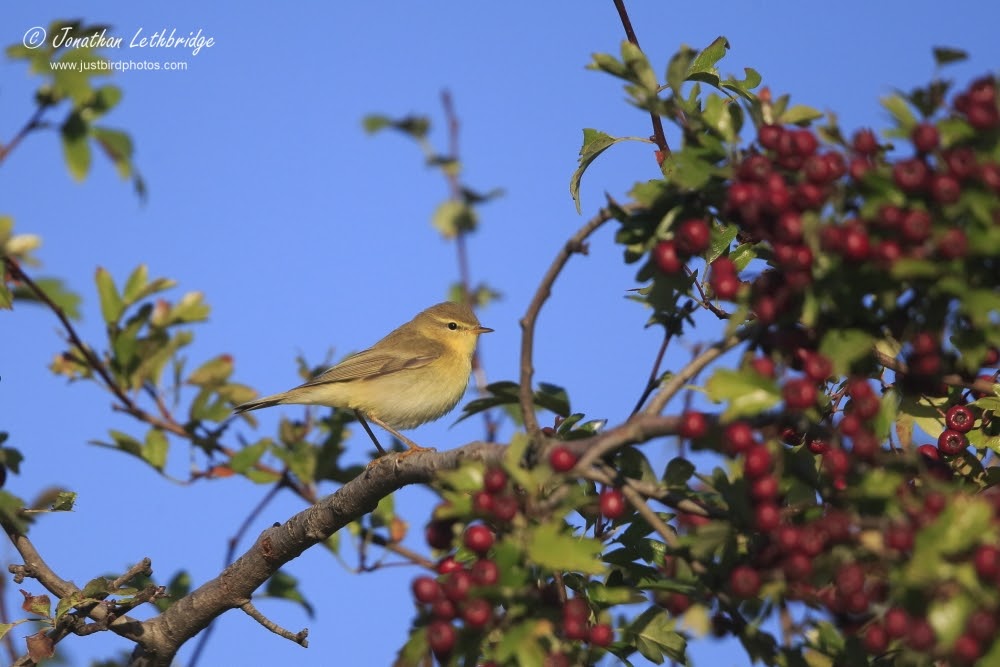 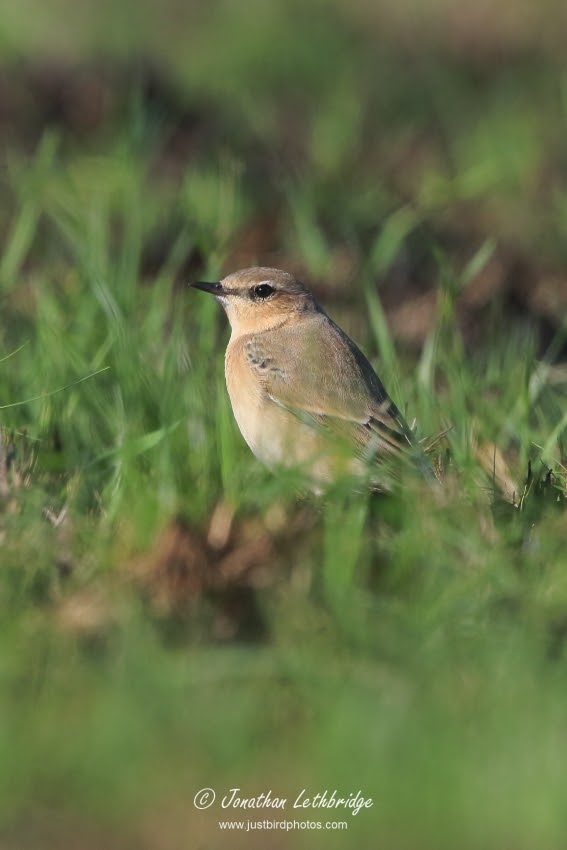 My favourite photo of the morning was of one of the Redstarts. I could hear it calling softly from the sunny side of a bush, and so I crept round slowly, managing a few shots before it ducked back inside. I am not sure whether I prefer the full frame version or the tighter crop, so here are both. 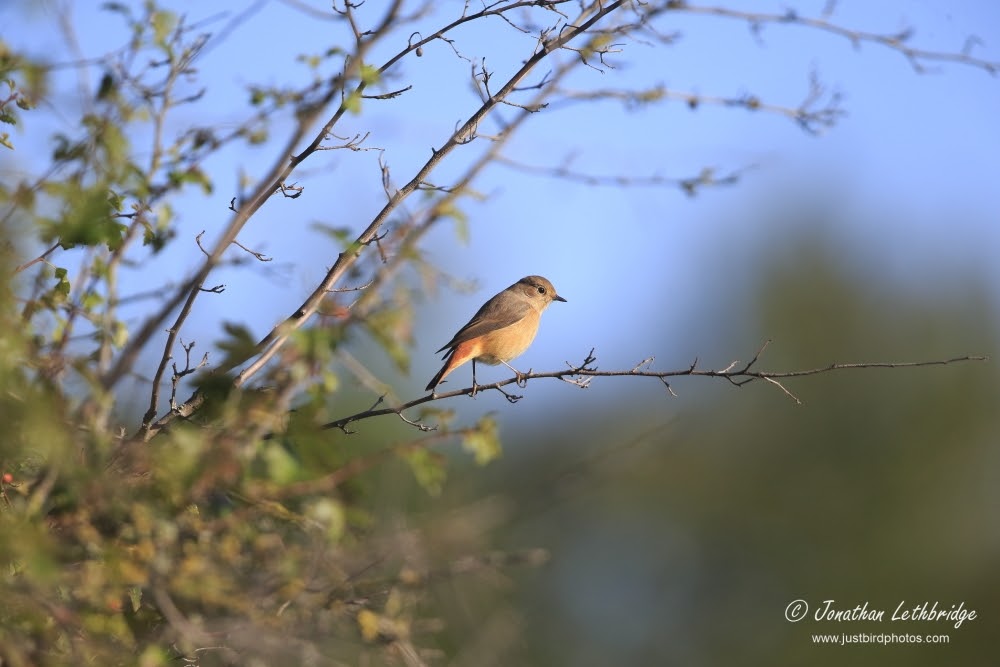 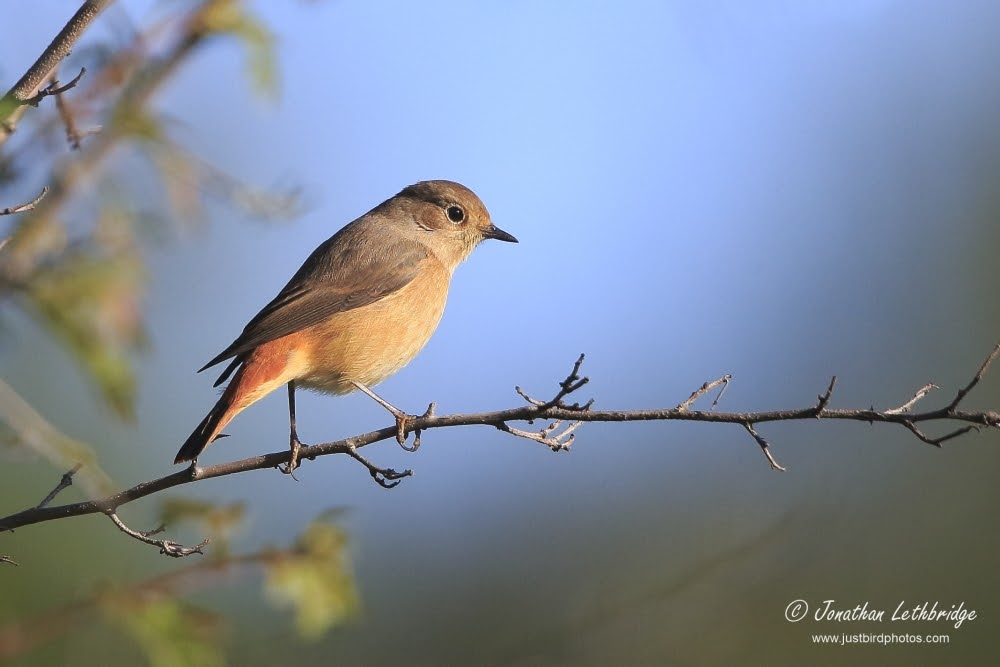 The Greenshank very nearly didn't make it. I heard the classic tyew-tyew-tyew call from towards the Park, and of course that was it. No repeat call, and no Greenshank crossing the horizon. Bearing in mind what I wrote about caution earlier this week I had not even put it on my list, but meeting up with Tony a little later on I happened to mention I thought I had heard a Greenshank, but only once and so was binning it. I was fully expecting him to nod in sympathy, but actually what happened is that slightly astonished he too said he had heard a Greenshank, also only once, and hadn't planned on mentioning it as like me he had been going to leave it as just one more bird that got away. As you can imagine that changed things for both of us - independent and unexpected corroboration very strongly suggested we couldn't both have been wrong about what we had heard. We agreed to be less hesitant and bashful about pinging out news to the local group for things like this going forward, as had I not mentioned it in passing this would record would have fallen through the cracks. Sadly I didn't have my mp3 player going as I have yet to work out a way of getting a recording when out and about that isn't 100% peripheral noise, but this would have been an ideal point to have had a recording. Luckily I had another pair of ears instead.
Posted by Jonathan Lethbridge at 10:27