Day 5
Make or break in light drizzle. This appears to be the spot for the endemic Taiwan Blue Magpie, and I could not contemplate going home without it on my list. The latest entry in eBird had been about two weeks ago, with a flock of ten on the Laxa trails. These are only just outside the village on the eastern fork of the river, but I didn’t even need to go that far. I heard some very Magpie-like clucking just past the school, i.e. within about three minutes of leaving my hotel. A large flock of birds were in a tree right by the side of the road, and one by one they flew out, perched on an overhead wire, and then flew across to perch in a dead tree where a record shot enabled me to count 13 birds, as well as two Grey Treepie. Superb! 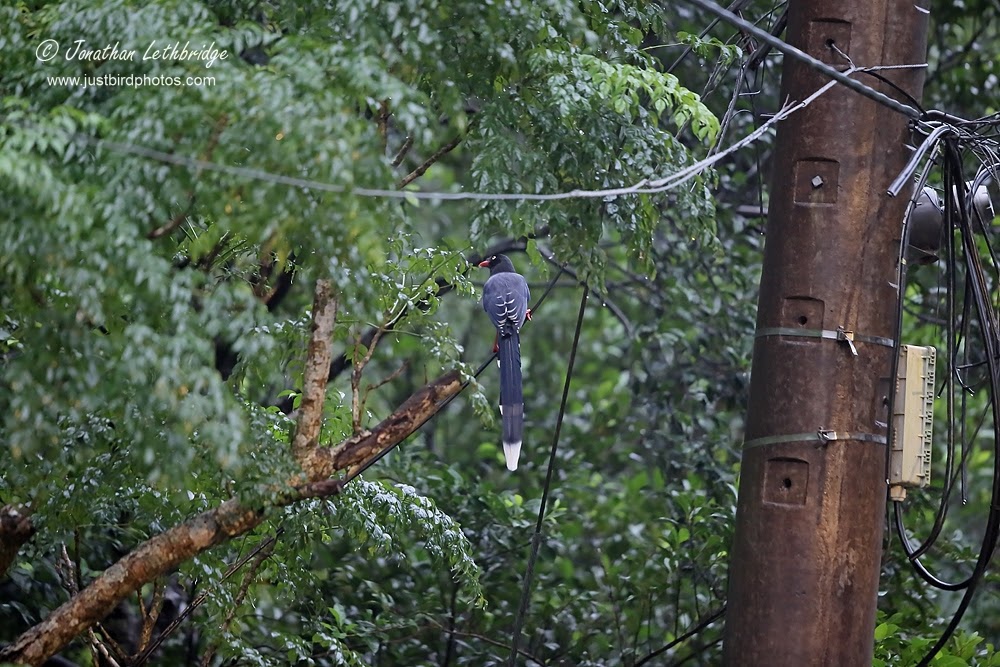 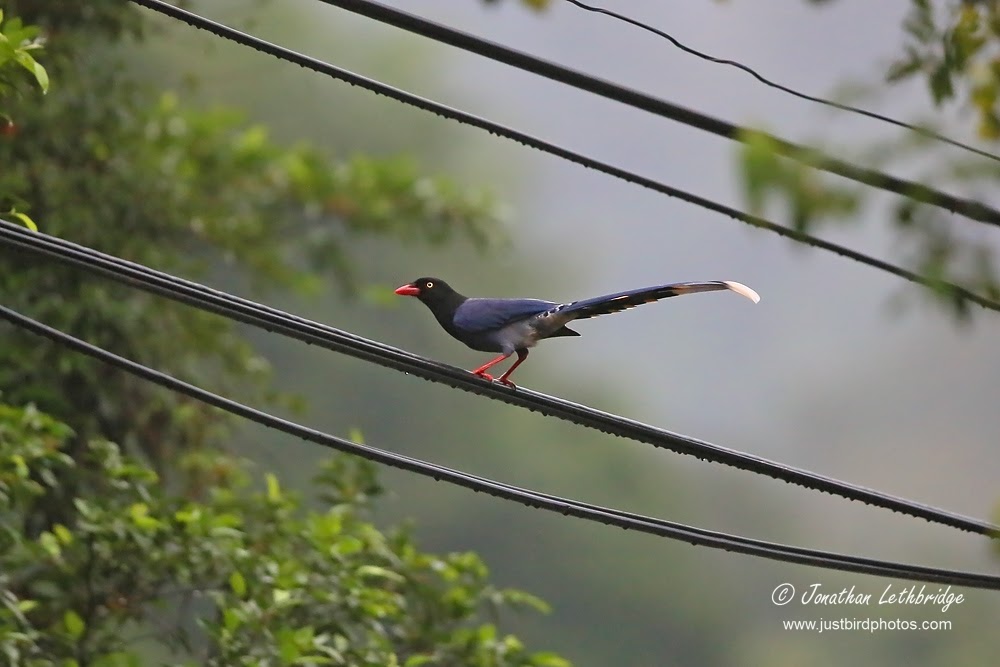 This put me rather at a loss. What should I do now? With no obvious new species at Wulai, what I should have done was to return to Taipei and try out some other areas I had marked down, such as the Yehliu pensinsula which is great for migrants. This was only an hour away, but would have put me the wrong side of Taipei for the airport. I was also motivated by my 12pm check out, which would allow me to get out of my wet birding gear, have a shower, and pack up ready for the journey home. This is what I ended up doing, and so continued birding Wulai for the rest of the morning.

The Laxa trails are a series of paved lanes between the two branches of the river, starting at some steps at 24.862263,121.554417. They are partly residential (for both the living and the dead!) but the jungle has really rather taken over and as a result they are really good for birding. I saw stacks – yet more Whistling Thrush, a flock of 70+ Grey-chinned Minivets, many more Black Bulbul, and some good mixed flocks. There were also three more Taiwan Blue Magpie and quite a few Grey Treepie.

Once I had exhausted this area I went back through the village, observing House Swifts overhead, crossed over the second bridge, and walked the minor road called Wenquan Street/Pubu Road (24.861541,121.551366) all the way to Xiaxia Falls where there is a small suspension bridge (24.839742,121.538513). I took my trip count of Whistling Thrush to double figures along here, and there were many more mixed flocks of Yuhina, Varied Tit, Rufous-capped Babbler and so on.

Back at the hotel I had half an hour in which to get sorted out, pay my parking bill (not at the 7-11 this time, rather at the multistorey in the centre of the village), and drive to Taipei International Airport which took about an hour. I stopped a few times on the way down for raptors, nearly every single one being a Black Kite, with one Osprey. At one point closer to the city there were about two dozen sat on some lamp posts. I gave the car back, decided not to mention the new tyre I had bought them, and started the long trek home via Hong Kong, Qatar and Sweden. It had been an excellent trip all in all which in my opinion, bar the wasted time sorting out the car, could not really have gone much better.

The tour group I had met were spending 12 days here, including a trip to Lanyu Island, and whilst they would undoubtedly see the whole lot I felt that I had been super-efficient. I looked up the cost of a tour run by a well-known company and was staggered to see it come in at £3500 without flights! £4000 for a single supplement! This put a whole new perspective on my trip! Opinions vary on what the true endemics are, but per Wikipedia the only one I missed was Taiwan Bush-warbler. Other birds that are treated as endemic full species by some (and that are certainly unique to the island) but that I didn’t see were Brownish-flanked Bush Warbler, Black-necklaced Scimitar Babbler, Rusty Laughingthrush, White-throated Laughingthrush and Island Thrush, the Taiwan subspecies of which has a white head and is a potential split. There is also Taiwan Green Pigeon on Lanyu Island, albeit that this is also resident in the Philippines. A shame I suppose that I couldn’t manage the clean sweep, but I am not really a world lister in that sense and it was simply a pleasure to be outdoors and having to work really hard to identify birds. I have always loved going back to basics. 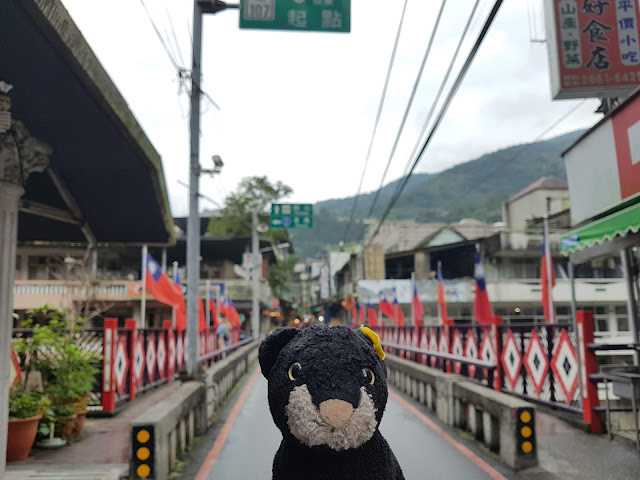