Day 1
I picked up the hire car from Avis as soon as they opened and was relieved to find that my paperwork was all in order and that the international driving permit had not been in vain. I then drove a short distance to the coast to start birding. The first site, Xucuogang Wetlands, was not actually that promising but it was good to finally start birding. The sandy promontory had roosting Kentish Plover, Sanderling and Dunlin, and the mangroves and pools had various egrets and my first Light-vented (Chinese) Bulbul and Eastern Yellow Wagtails. I did not linger here and continued down to Hsinchu where there were a cluster of sites I wanted to visit.

The first of these was Jincheng Lake (24.810249, 120.910903), which had my first Eastern Spot-billed Ducks, Teal, Wigeon and Shoveler, and numerous Redshank, Greenshank, Black-winged Stilt, Little Ringed Plover and a single Common Sandpiper. The list was coming along nicely already but what I needed was Asian species rather than the stuff I can get in Europe. This was rectified in the paddyfields surrounding the site, which had Black Drongos and Red Turtle Doves perched on the wires, and a Swinhoe’s Snipe with Common Snipe in a field. Whilst pondering the Snipe ID a large pipit sounding like a sparrow flew across my field of vision – it was of course a Richard’s Pipit, and I got good scope views of that too.

At nearby Shuiziyuan Park (24.796643,120.916935) I investigated some scrubby habitat which had some Munias, a Long-tailed Shrike, Oriental Magpies and in the skies above, my first Striated Swallows and Pacific Swifts. Common Mynas were everywhere.

By now it was mid-morning and whilst I had a nice start with perhaps 40 species, it was time to start getting serious. I stopped at a 7-11 for provisions and then drove south to Taichung to pick up the road to Daxueshan Mountain. This took about two hours but was easy enough. The road starts off in the town but gradually narrows and starts winding, and a very large pheasant sculpture tells you that you are nearly there. It was soon after this point that I found my first proper birds, a flock of Grey-chinned Minivets in yellow and scarlet-orange, chasing each other round the trees.

The road up the mountain has helpful green signs marking off the kilometres, and at about 14.5km I turned right down a minor road to the river (24.239214,120.909600). Leaving the car at the bridge I walked upstream along the right bank, quickly finding a Brown Dipper which was a surprisingly chunky bird. Other birds here included Oriental Turtle Dove and Daurian Redstart, and hundreds of huge Orb-Weaver Spiders.

At Km 23 there is a parking area and this is a well-known spot for Swinhoe’s Pheasant (24.246602,120.935405). I joined the small group of people hanging around, many with cameras, and understood that a short while earlier a male had been seen up the slope on the other side of the road. I had no idea about the timings but I felt it was worth waiting. It was probably about half past two in the afternoon and I had plenty of time. Shortly after this it all kicked off, and two female Swinhoe’s Pheasant came to the forest edge on the downward slope. Remarkably (or not, this may be a regular occurrence) they were then joined by two Taiwan Hill Partridge, and for good measure a Steere’s Liochicla popped out. Endemic overload! The male pheasant had obviously been lingering above the road as it flew across and down the slope, but in fact there were two as shortly after than I spotted another. It looked like it wanted to cross but a barrage of tourist photographers put paid to that and it turned tail and returned from where it came. Nonetheless, to get Swinhoe’s and especially the Partridge so quickly was great news and in the event they were the only ones I saw all trip. A group of European birders arrived, keen to see the Partridges, and their tour leader introduced himself as Richard Foster, a guy I had been conversing with on Twitter prior to arriving. He offered me some useful gen on the area which was great. 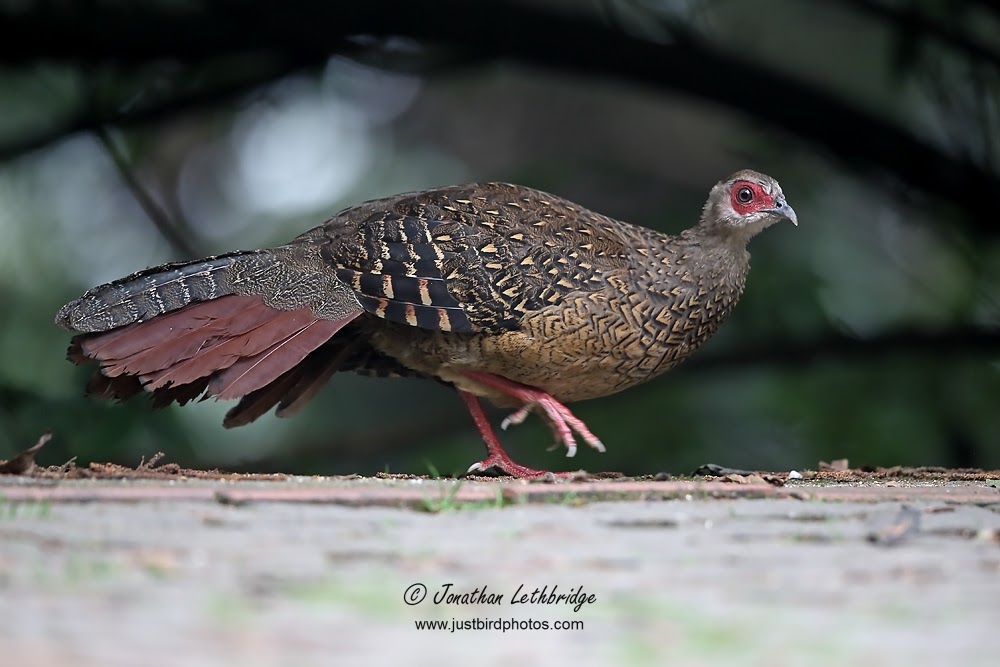 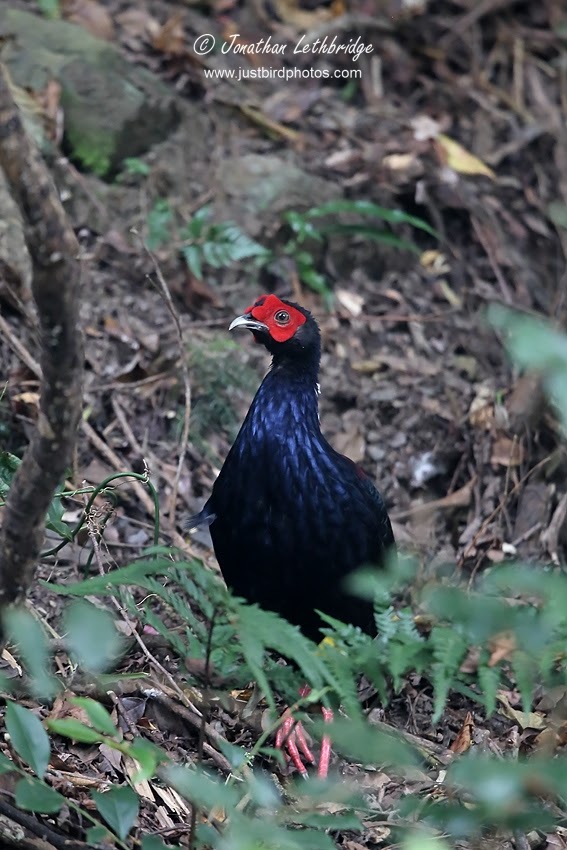 At Km 35 there is an entrance gate to the higher levels in the Park (24.244564,120.974995). This closes at five and I wanted to get through to be able to stay the night so I motored on, stopping only for a small group of birds which turned out to be White-eared Sibia. Once though (300 TWD) I walked track 210, the start of which is about 75m beyond the entrance booth and next to a small temple. It is fenced off to vehicles but people are free to nip past the gate and bird the path. At this time of year it gets dark by about 5.30, and as this was approaching I didn’t see much here as it was very gloomy, but got my only White-tailed Robin of the trip.

After this I drove up to Km 43 and had dinner at the restaurant next to Anma Lodge (24.255388,121.007127). This buffet seems only really to be for people staying at the hotel but they were happy for me to contribute 300 TWD and have some food and tea. Others may have a different experience. Then I drove up to Km 50 and tucked the car away in the lower car park (24.279132,121.025070), broke out the sleeping bag, and tried to get to sleep in a variety of different positions, none of which were very successful. A Ford Focus is just a little bit small. A real bonus here, at 2500m, was the presence of a toilet with a heated seat!