Well things are hotting up in Canary Wharf. Whilst my score is now 25, James has streaked ahead to 31. Given his CW life list previously stood at 35, this is perhaps more testament to his prior ambivalence than to his current level of excitement. I suspect it's a bit of both. I’ve not managed to get out much since the initial flurry, but a notable success was the addition on Blackcap whilst twitching a Reed Warbler. Yes, you read that right, I was twitching a Reed Warbler – this is what I have become. James had remarkably heard one burbling away close to the House Sparrow colony – this is (at the moment since we don’t really know any better) a fabulous record for the area and I was keen to get it on my list. The concept of lunch is somewhat nebulous where I work so I had to wait until the evening, by which time it had either shut up or moved on, but whilst looking for it I chanced upon the Blackcap and was equally stunned. Blackcaps are of course two a penny in Wanstead – in fact there is one regularly singing from my neighbour’s garden so I get to here the lovely song all the time, but in Canary Wharf, well.....ooof. A CW tick no less.

Talking of lovely song, a common confusion species (by sound) for Blackcap is Garden Warbler. In Wanstead a Garden Warbler is always a valued bird. This year has been really good for them, and we are possibly on five birds already. The song has a very very similar timbre and phrase to Blackcap, but has fewer if any scratchy elements, and is overall sweeter and more melodic. I also find that it is a tad faster and seems to go on for longer, almost like the reeling of a Dunnock or the swittering of a Goldfinch. However when you see a Garden Warbler it is almost shocking how plain they are. You expect something to match the song, a bit of glamour, a bit of pizazz, but instead you get a dumpy grey and brown thing. Then again the Nightingale is a very plain bird too, perhaps those birds that have the best vocals lose out in the looks department? When you hear your first Garden Warbler of the year you do a double take as you expect it to be a Blackcap but somehow there is something wrong. Even then you are not quite sure that your ears (and your keenness for a year tick!) are not deceiving you, and you have to get a view of it to be certain. Beware the non-singing Garden Warbler by the way, I’ve been done by autumn Whitethroats a few times. Don’t ask me how, it just happens! Song is by far the best bet, especially as Garden Warblers can be quite skulky. 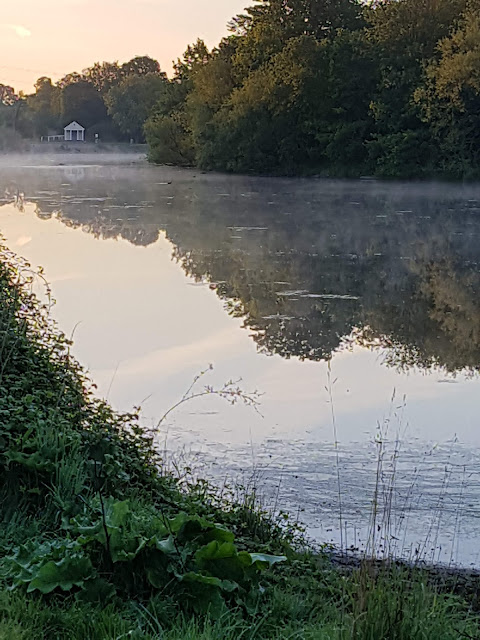 And whilst on the theme of singing skulkers, that prize always goes to Nightingale. A bird that is unmistakable, but that you rarely if ever see. Occasionally you will sneak a view through an impossible tangle of vegetation of a plain bird producing the most incredible repertoire but for the most part they remain hidden. Another bird that frequently remains hidden whilst belting out an incredible sound track is Marsh Warbler. One was reported yesterday in Wanstead Park by an unknown birder. Us locals only got to hear about it via the bird information services, and so naturally a few of hurried right there. If there was ever a bird to turn you into a birding incompetent, it would seem that Marsh Warbler ticks many boxes. Despite the cacophony from the nearby Crow colony, three of us were convinced we heard it from a small patch of gorse on an island on Heronry. Perhaps my mind was addled by the mere thought of a Marsh Warbler, a patch tick, but I had little doubt that the burst of song was indeed coming from an invisible, small, brown and unremarkable Warbler, plainer even than Reed Warbler. The trouble is they are mimics, which makes them very hard indeed. Song Thrush, Blackcap, Blackbird, Reed Warbler, these birds can throw them all in and more. I would swear what I heard could only have been produced by a mimicking Acro, but the longer I stayed and the more I listened the more confused I became, especially when others turned up, didn’t hear what I had and started chipping in with helpful suggestions that sowed the seeds of self-doubt. So far theories range from a funny Song Thrush to a versatile Blackcap, but I have a nagging feeling that a rare bird has just slipped through everyone’s fingers. The bird was not present this morning despite my 5am start, so thanks a lot whatever you were!
Posted by Jonathan Lethbridge at 19:46