Another rather manic day in the pursuit of birds, but timed to perfection. After a morning of sorting a few non-birding bits out, 11am was perhaps a little late to start thinking about the Lesser Yellowlegs in Oxford. I went for it anyway, and although I didn't know where I was going, found it easily enough on a superb bit of flooded meadowland near the Thames. Waders galore, including a Ruff, some Lapwing, a couple of Dunlin, and a large flock of Golden Plover, and all only a few hundred metres from the dreamy spires. Oxford may seem a long way to drive for something relatively common like a Lesserlegs, and no doubt one will turn up closer, but I am an idiot as previously proven, and the sooner I get 300, the sooner I can stop being an idiot. Or something like that. Actually I'm willing to bet I can get 300 and still be an idiot. Not sure what I'm trying to get at here, let's move on. 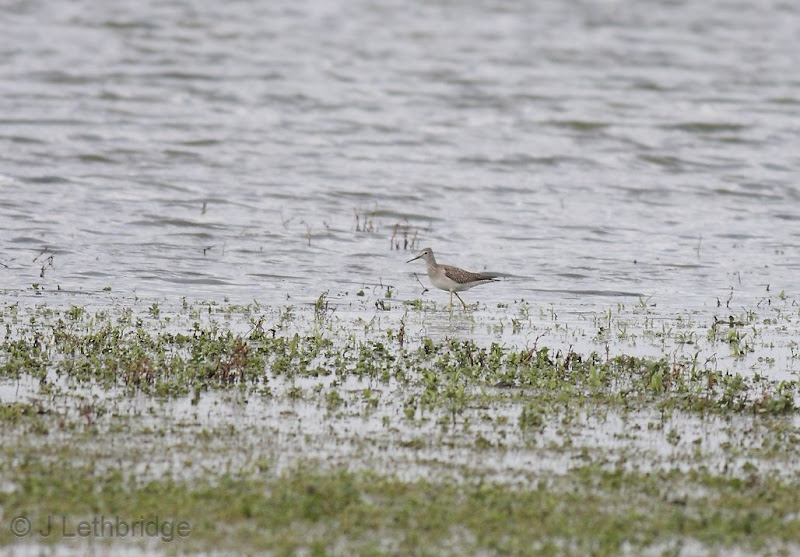 Anyway, Yellowlegs tick and run (#294), time to head back to London. Did I have time for the Lapland Bunting at Staines Reservoirs on the way back? Unlikely, by this time the school pick up was only two and a half hours away, and the Bunting was at the far eastern end of the causeway. I could probably get to the Reservoir, but not walk all the way across the causeway and back. So despite it being a new London bird, I decided I couldn't risk it, and resolved to go straight home.
Somewhere near High Wycombe, genius struck. If the bird was at the eastern end, rather than park at the western end and walk across, why not park at the eastern end and be right next to the bird? Eureka! The only slight flaw in my plan was that I wasn't sure if you could do that? Surely the causeway must lead somewhere, right? I called mission control aka DB, who not only confirmed that the causeway did lead somewhere, but where exactly that somewhere was and how to get to it. Game on.
With an hour and a half to the school pick-up, and half the M25 to negotiate, I slung the car close to the start (or finish?) of the causeway and legged it up there. In the distance, perhaps halfway across, I could see other birders scoping my way. I scoped back, but couldn't see anything between me and them. Hmmm. I picked up my scope and continued on, and then a small brown bird with a pinky beak and familiar head pattern flew from the side of the fence and right into the middle of the path. Hurrah! Tick and run. It started to rain quite heavily so I nabbed a glorious portrait of the Lap, shown below, and beat a hasty retreat back to the car. 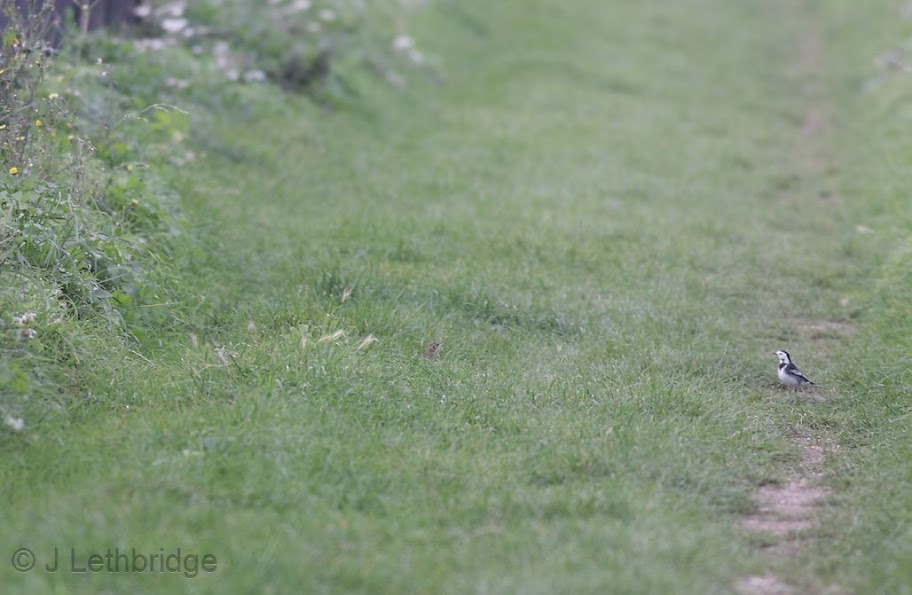 I advise squinting
Back to the M25, praying fervently for a clear run, and got it. Made it to the school with eight whole minutes to spare! Slightly fraught, but nowhere near as bad as some previous escapades. There was potential for abject failure I'll admit, but it all worked out fine. Tomorrow, bar something unprecedented occuring, I'm staying local. My youngest has already indicated a desire for play-dough, so I guess I'm staying very very local indeed. And after the last two days, I'm very happy with that.
Posted by Jonathan Lethbridge at 22:25