Monday October 4th
Late yesterday evening, too late to do anything about it, news broke of a Pallas's Grasshopper Warbler at Southpunds, found by the Drunkbirders. Birders were cordially invited to partake in an organised walk of the iris beds this morning in the hope of refinding it.

Disappointed at having had to cross Lancy off our lists, we were happy that instead we had a chance at the rarer relative. So that's what we did. Probably about 50 birders turned up, and we duly managed to kick the bird out. It had fairly obvious pale tips to the outer tail feathers visible in flight, but never landed. Tick and run!

I should have known better. Despite being a very careful and critical observer, ahem, this bird also later turned out to be a Gropper, albeit it one with very abraided tail feathers. Still, at least the fine people of birdforum had the good grace not to mention it. Oh, wait....

From here we moved onto Eshaness, home of the long-staying American Buff-bellied Pipit. A couple of birders inadvertently flushed it about ten seconds before we arrived, and then told us about the "PG Tips" reidentification. Thanks lads!

The bird took a fair amount of time to refind amongst the numerous other Pipits, and then only showed distantly before disappearing again. Eventually we relocated it much closer, took a pile of photos, but then in an inexplicable fit of remorse at our Locustella ID behaviour, reclassified it as a Meadow Pipit. My fellow basket-cases deleted all their photos in disgust. I was happy to have some half decent photos of a Mipit, so kept them. The following evening, going through them, we realised we did in fact have the right bird.... Yes, we're shit, and we know we are. 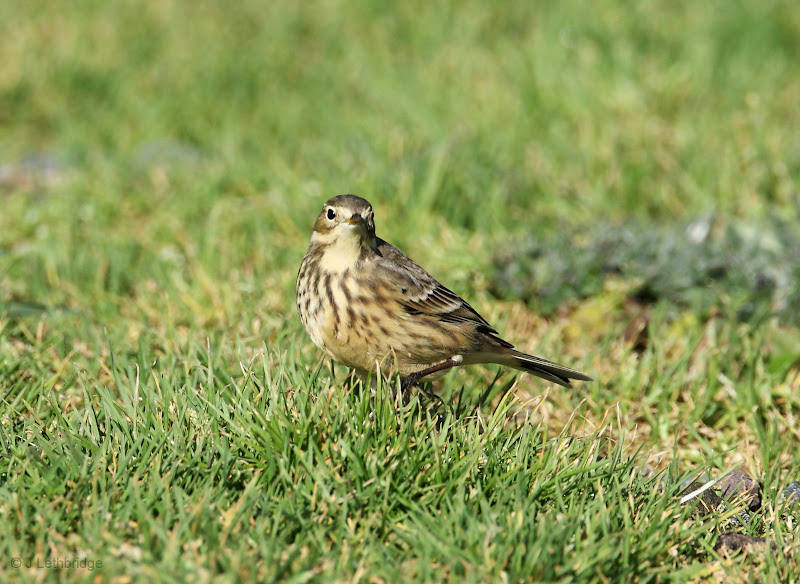 Meadow Pipit Buff-bellied Pipit
In deep despair at our seemingly fast-evaporating birding skills, we headed for the Lighthouse to see if we could relocate the Buff-breasted Sandpipers that had been knocking about. It was no suprise to me that there was no sign, and at a low ebb I almost gave my bins away to a passing farmer.


Our spirits were however lifted when the birds flew in from wherever they had been hiding and treated us to point-blank views as they fed on the grass. 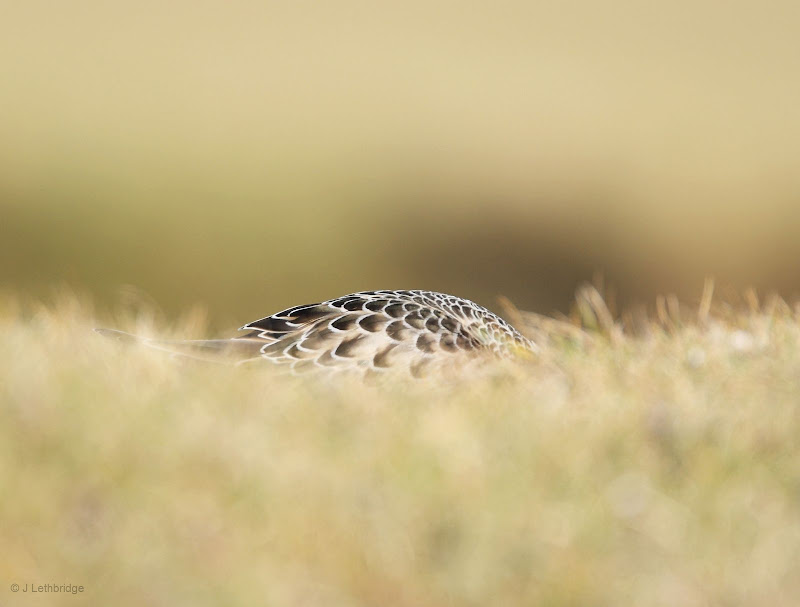 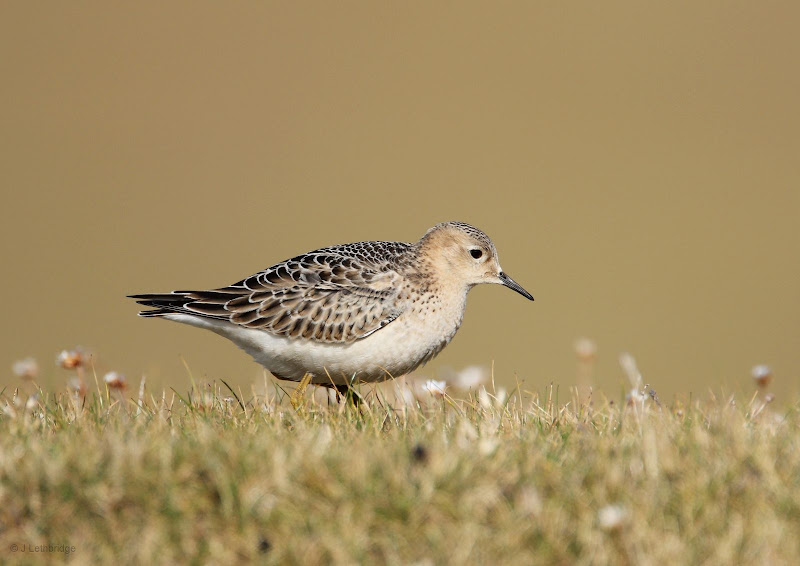 Having drunk our fill so to speak, and also found a large flock of Snow Buntings with a couple of Lapland Buntings, we birded our way back down to Sumburgh in increasingly strong winds. I managed to find a Yellow-browed Warbler in the plantation at Sullom, and Paul picked out an adult Glaucous Gull at Lerwick harbour. 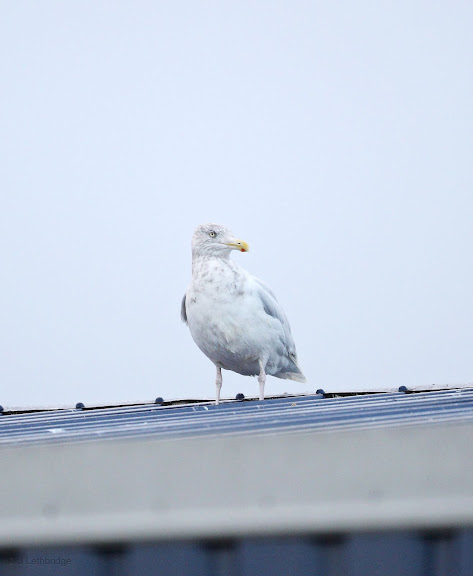 Posted by Jonathan Lethbridge at 14:31