Just finished playing Hide and Seek with my two daughters. They were hiding behind the armchair upstairs, which is exactly where they hid last time, and also the time before that. This makes the game only marginally challenging, but they both enjoy it enormously. It will be a momentous occasion the day I go upstairs and find the spot behind the chair empty. Still, whilst I am dutifully counting to twenty downstairs, and they are finding yet another really really good hiding place upstairs, I can continue with my never-ending domestic adventure. 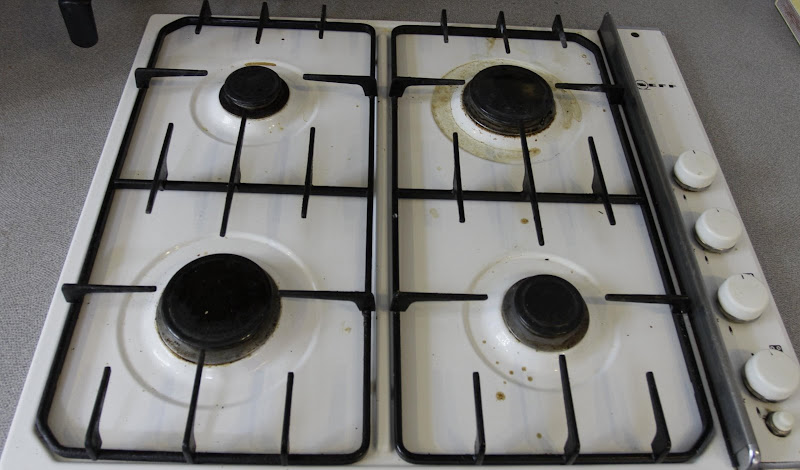 This has been cleaned since the last photo and was beautiful and gleaming. Mrs L cooked potatoes on the top right burner about 5 minutes after I cleaned it. I lost the will to live.

This week I have been stung by some harsh criticism. Both girls have coughs. This is not some minor bug though, like Swine Flu for instance. No. It is caused by dust. This was the pronouncement of Mrs L as I dragged my broken body into bed last Sunday at about 11pm after taking the bin out, sorting out the recycling, hanging up the washing, doing the washing up, and stacking the dishwasher. Apparently I have not vacuumed enough upstairs, nor have I done enough DAMP dusting. This is different to normal dusting, MUCH more effective. I remember fondly Mrs L doing some damp-dusting in about 1999, so I'm glad she still remembers just how effective it is. Anyway, not wanting to be thought of as a shirker of domestic responsibility, I spent the whole of Monday morning after my lie-in cleaning the upstairs. I even vacuumed the picture rails, I think for the first time since we moved here in 2004. "You should damp-dust" said Mrs L as I drifted past with the vacuum. Mrs L works from home on a Monday, which is handy for cups of tea, but less handy for up-to-the-minute commentary on the state of the house. This of course means that I do all the cleaning on Mondays, and then just loll about for the rest of the week. So the burning question - did the upstairs need vacuuming? Possibly. 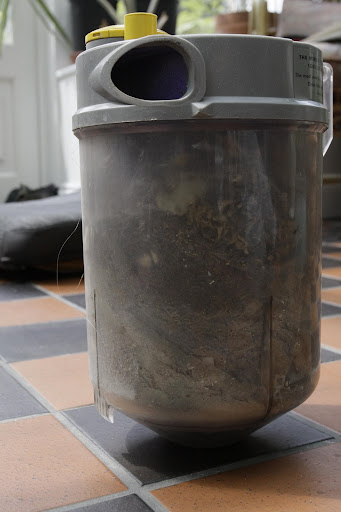 Today the watchful eye is at work, so I have been swanning about at home. I vacuumed downstairs and did two loads of washing before the Ashes started, but since then it has all been a bit slack, bar the odd lengthy hunt for hidden children. Very happily Blowers is back, so there are plummy tones coming from the radio talking about Amber Liquid. We're not doing very well though. I already have two emails from Shippo. The first one can be summarised as follows: "You Pommy bastards are a load of shite". The second is similar to the first. Good old Shippo, long may this correspondence continue. I can only hope that we do better than in 2007, or opening my emails could become an increasingly traumatic experience. 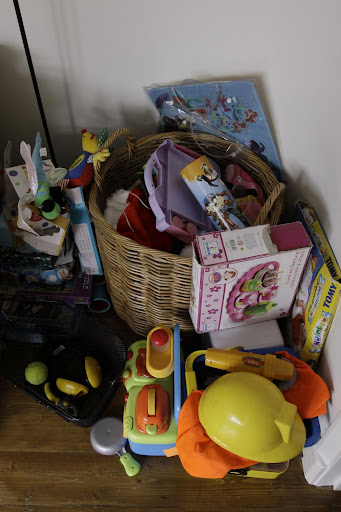 The girls and I took lunch at midday precisely, Beans on Mat again, a firm favourite. They are now having a nap, and in between doing boring tasks like working out how the fluorescent lights work, I am writing this. Two out of the three lights don't work anymore, and I can't possibly cook in poor lighting conditions. Bad light stops Stir Fry. The good news is that I have got the tubes out, and even rather expertly switched the little starter things around with the one that still works, to make sure it is actually the bulbs that need replacing.

Right, that's it. I'm off to hoover up dried baked beans from the conservatory floor. Top tip of the day: In summer, leave all food spillages for at least 2 hours. They dry out very quickly and are much easier to clean up. Also, rice is by far the most satisfying food spillage. In a freshly-emptied Dyson the grains make a fab noise rattling round the container bit.

Visible here are two baked beans that escaped from a toddler at lunch, plus a very small piece of toast (right). The yellow bit (below) is either a fragment of cornflake from breakfast, or sweetcorn from dinner yesterday. I neither know nor care. 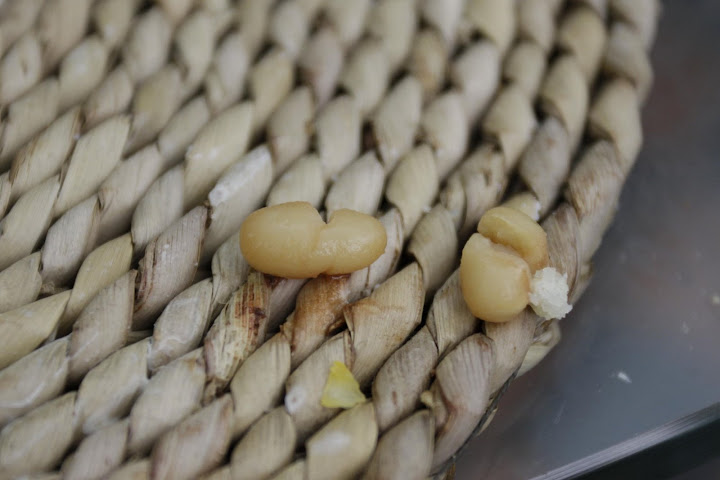 Posted by Jonathan Lethbridge at 12:34