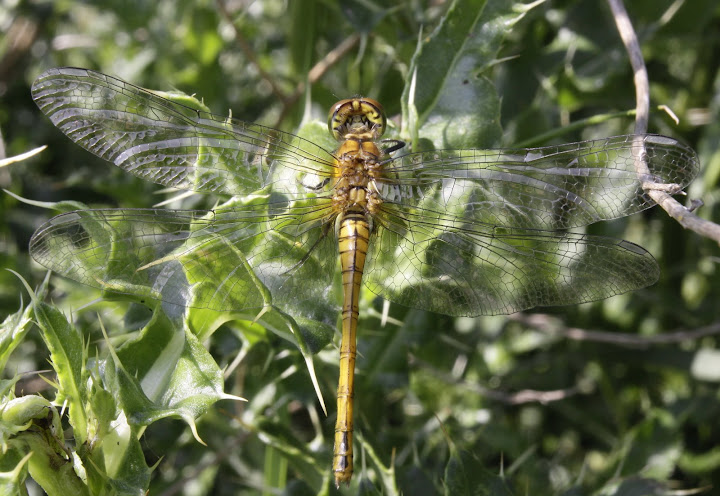 Happy Autumn everyone! Summer is over; the great depression that was June has lifted, and we are now well into July. As such, birds have started to appear again. Wader passage has started, and an Osprey has been seen heading south in Sussex. A Goosander flew over Holland Haven in Essex, so it might even be winter there. But none of these events have happened in Wanstead, which is still stuck firmly in mid-June. Rubbish. The highlight has been the addition of Tawny Owl to the garden list, which is now up to #50. I suppose that this is momentous and I should feel euphoric, but in fact I had Tawny down as #49, and then when I saw a House Martin go over realised I had forgotton to add Swallow from 2006 - the mind works in odd ways sometimes. So everything moved up a place, somewhat taking the shine off the landmark. It has taken 4 years, 6 months, and 1 week. I like to be precise, especially when making lists of things I've seen. Paul, just down the road in Leyton, is on 100, which has taken him 25 years, so I have something to aim at. I suppose I should make a list of targets - perhaps when I have some spare time. 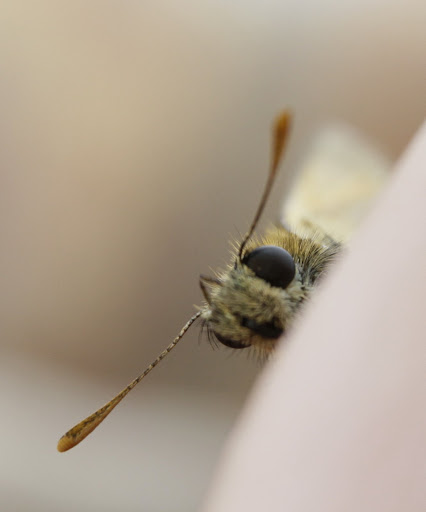 Can a butterfly be said to be cute?

This week has largely been about pottering in the garden on the lookout for insects. I am ashamed to say that butterflies featured heavily - the conservatory seems to be a magnet for them. My fledgling butterfly list zoomed up by 5 species yesterday, all of them caught indoors. At this rate I will be done by next week. They are actually pretty easy to identify if you have a good look at a stationary one, unlike moths. Another confession: I also have a butterfly book, have had for years. Never really looked at it, but it is proving very useful now. It is a weighty tome called the Millenium Atlas of Butterflies in the UK and Ireland; basically the results of years of tetrad surveys, but helpfully has species accounts as well. Also tells you where to find stuff, though the garden seems to be ideal and also does not require huge expenditure on diesel. Might struggle for Glanville Fritillary, but I'll worry about that one later. I have also discovered that a 12mm extension tube added to my wide-angle zoom lense gives it a rather useful macro feature, reducing the minimum focus distance from 23cm to about 2cm. This means a stealthy approach is needed, but the results are amazing, and again, no spend. Let's just set that out so that we are all clear. The moth trap cost nothing, as it was cobbled together from junk that I had lying round the house. The "Macro" lens cost nothing. Well, that is not quite true of course, the lens sadly wasn't free. But I had both it and the extension tube already, and putting them together obviated the need to spend money on a dedicated Macro lens. And I have spent no money on diesel in this pursuit. This is all to convince Mrs L, who has been known to read this claptrap to check I am not being rude about her, that butterflies, moths and other insects are in fact a good thing. 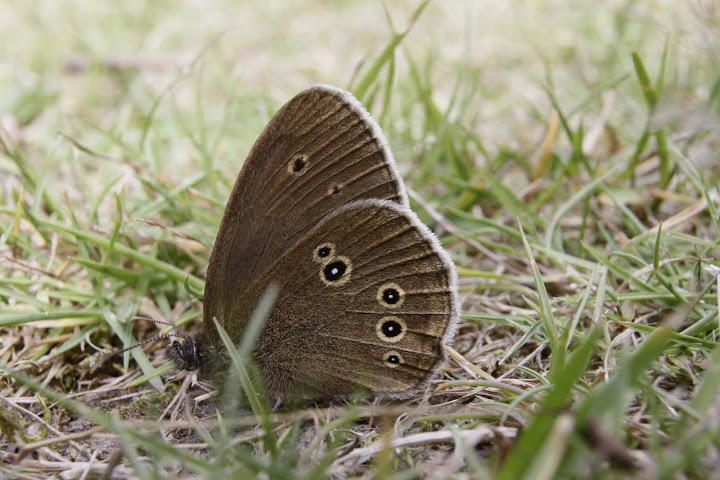 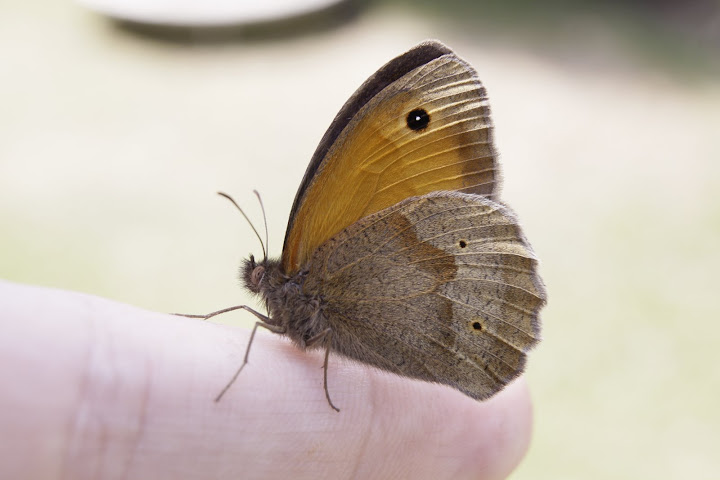 Talking of which, the moth trap has been going great guns. I peaked too early with the Hawkmoth; everything else has been drab and boring, but I am still amazed at the variety of things in the garden. It has been on every night and collected 39 species of moths, most of which defy identification - the current tally is 11 known vs 28 unknown. Very very difficult. Interestingly there are species called Uncertain, Confused and Suspected, which sum up my attempts at identification perfectly. I pull in about 5 or 6 moths a night on average. This is more than enough to keep me happy, any more and I would be overwhelmed. As it is it takes me an hour going through the book every morning, and generally I only manage to ID about one in three, so I think an expensive mercury vapour light would be overkill.

This morning this was in the trap. 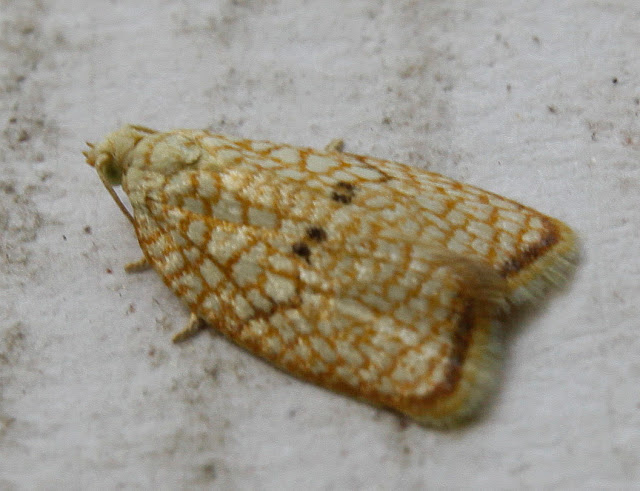 Twice through the book and no joy. I thought the upper-wing pattern looked quite like a waffle, and not putting it past the scientists who can name a moth Confused, I typed "Waffle Moth" into google to see if this would yield any results. It didn't, but the top hit was for a blog called Belgian Waffle, and a post catchily entitled "Welcome to my beautiful home where moths flit gaily through the dirty socks". Curious, I read on, and became more or less instantly hooked - I think it must be the domestic drudgery and childcare aspects that I can readily relate to. It appears to be written by a Brit living in exciting Belgium doing an EU-related job that she hates whilst her home life descends into chaos. Keywords would include despair, death, and biscuits. Anyway, yet again I am stunned by the quality of writing you can find randomly on the web - this stuff is articulate, witty, and entertaining. It is not even about birds, but I enjoyed it so much that I am going to link to it. And continuing the time-honoured tradition of nicking ideas from other peoples' blogs, my next posting may be about domestic bliss. God knows there's a lot of it. The last time I tackled this subject I turned to poetry, so there is scope for more of that perhaps. In the meantime a teaser. 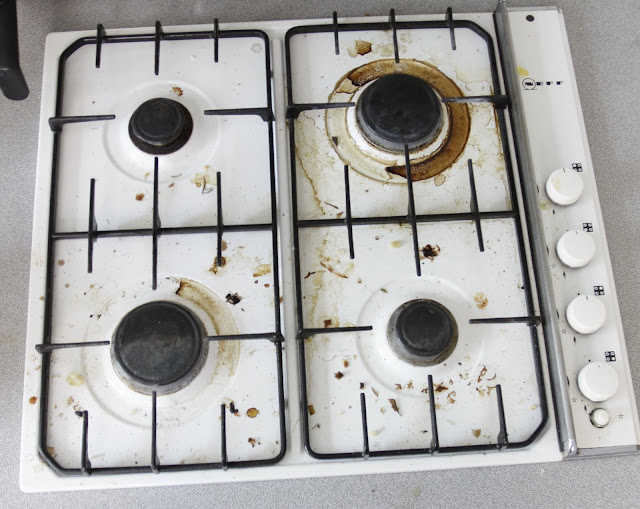 Some cleaning may be required soon

Posted by Jonathan Lethbridge at 08:17