Our penultimate day on the islands, and one last chance to go north and explore the barren headlands of Eshaness and around. Yesterday's foul weather had departed, and under clear skies we started birding at Veensgarth which is up near Tingwall, so kind of in the middle. Our target was a Little Bunting in a small weedy patch with various bushes and a burn running through it, and where a visiting birder called Cliff had also seeded a small area. We had tried this area before with no joy, plenty of Sparrows and a few Redpoll, but no small cinnamony Buntings. That was also the case today, albeit that we did find a Reed Bunting.

We dropped in at Busta seeing as we were passing and birded the hotel's walled garden which was quieter than I can ever remember it. In years past we have had all sorts in here, but nothing this time even though we gave it a bit of time. One of those thermal imaging things would have been useful! Onwards! 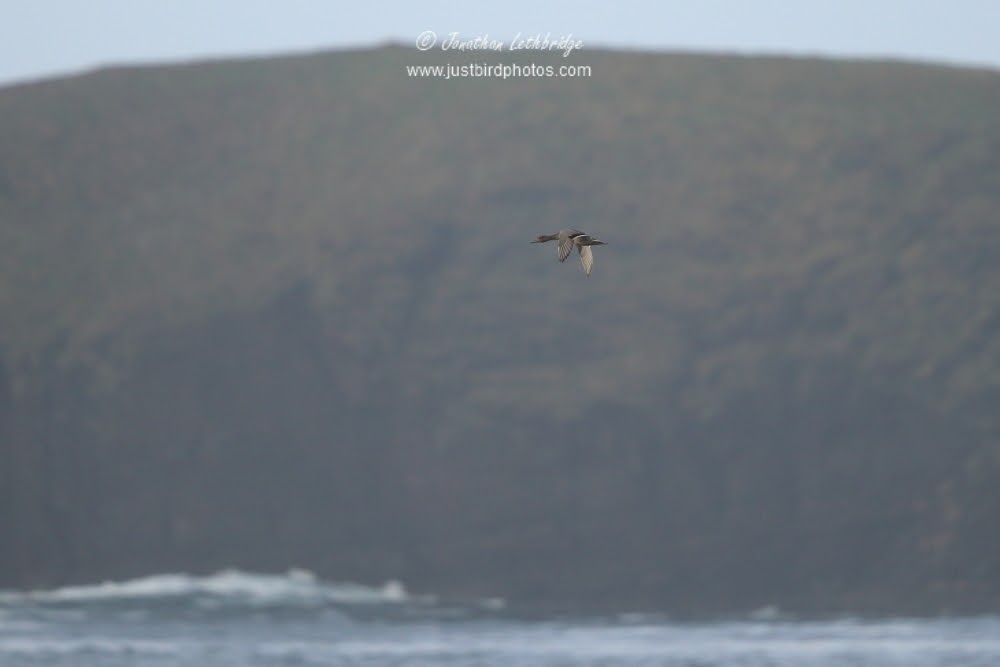 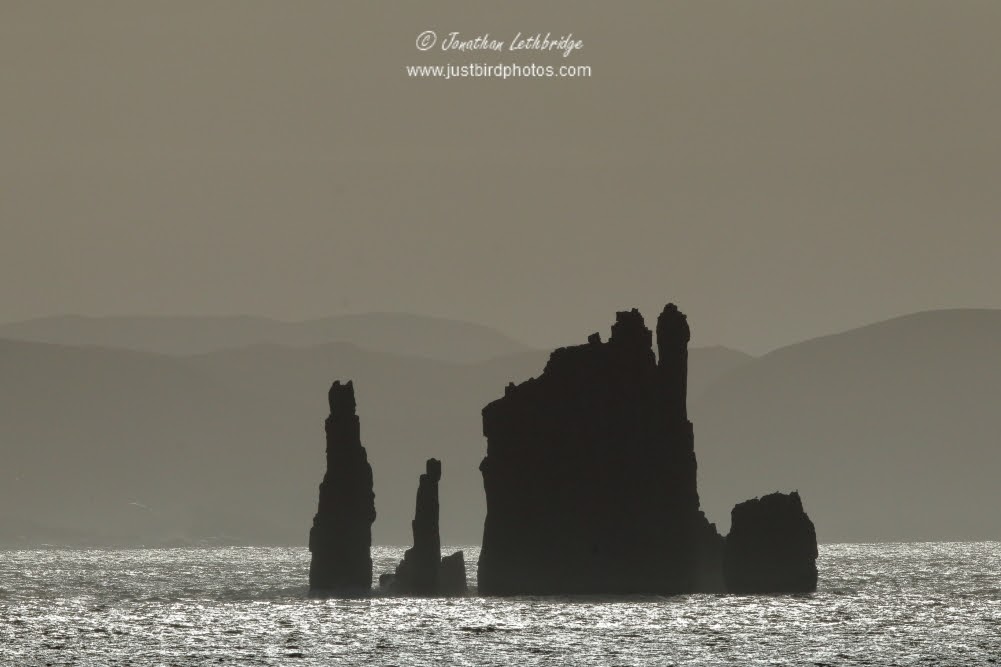 Gradually we left the 'populated' bits of Shetland and got into the proper wilds. Not many people live up this way, and you can see why - a bleak but beautiful landscape of short grass and rock. At Tangwick Haa we explored the small garden near the museum - a few Chaffinches, but a real surprise was an eclipse drake Pintail in flight over the bay which we relocated a short while later hunkered down on the side of one of the many small lochans that dot the area.

After some snacks near the lighthouse we started to admire the scenery. One of the team decided to mess about with a small panther. This state of calm was shattered by Howard shouting something about ceteceans which got lost in the wind. The next shout was louder and clearer - Orca! A proper OMG moment as the team converged just north of the lighthouse and started looking out to the west. I've seen Orca once before of Shetland, but in retrospect that was a pretty ropey view off Scatness. By contrast this was amazing - at about a half mile range a pod of eight animals were slowly making their way north - a large male with several other adults, and probably two calves. Signal is so-so at Eshaness but we managed to get the news out, and as the pod remained in view for about 45 minutes a number of people managed to get up, including Donald and his dog who we seemed to bump into most days. As we were watching the pod a Sooty Shearwater glided through my scope southbound, a Shetland tick for all of us. Gradually the pod moved further out, and we reverted to plan A, heading down the short grassy slope to walk our traditional route around the shallow lochan where Pete put up a hoped-for Snow Bunting, and some Twite buzzed around. What a good decision it had been to come up this way. 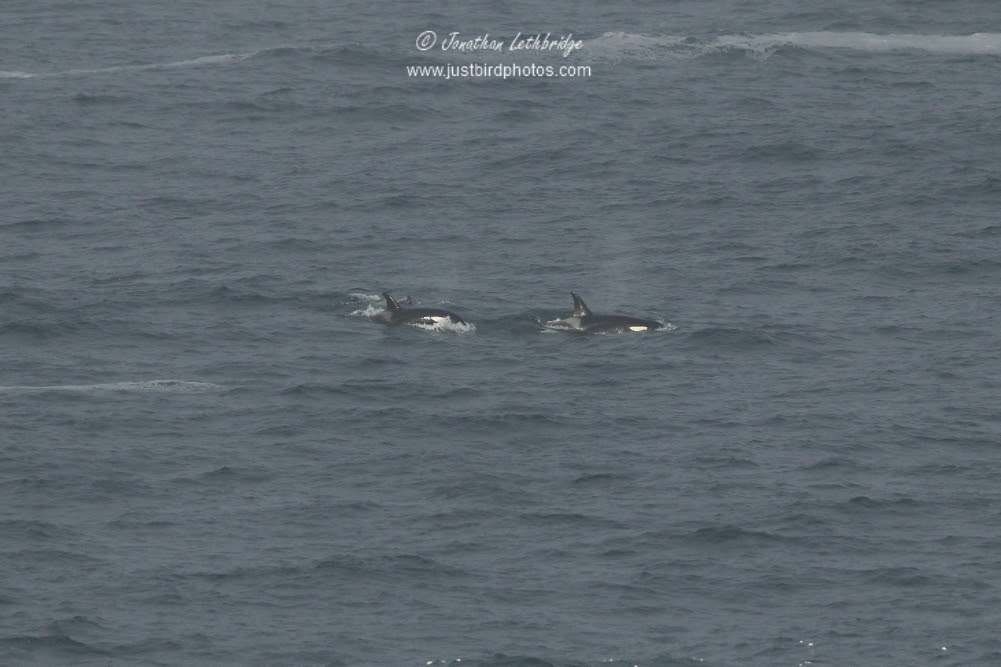 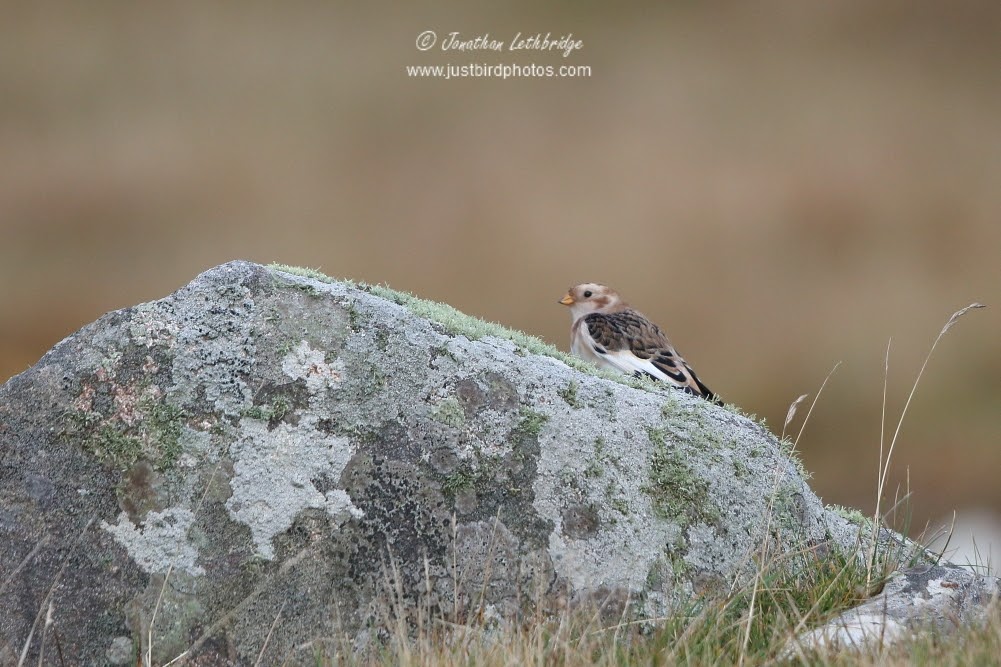 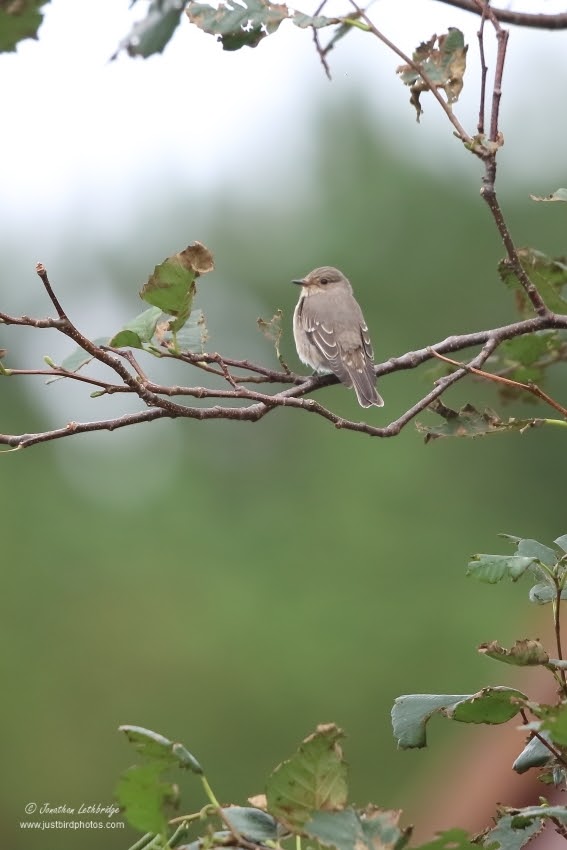 We had lunch overlooking Ronas Voe, where Howard picked out a Common Scoter in with one of the Eider rafts, but none of the mega gardens along the road had much going on. Around the corner at Voe, the garden and plantations at the head of the loch had a Spotted Flycatcher and a Blackcap, and at the end of the road at Isbister a walk around the farm and cottages produced a handful of thrushes and a nice flock of Goldies. We quickly stopped in at Loch of Flugarth where we found some Pink-feet and another Slav, but our final mission of the day was on Collafirth Hill where we hoped that we might stumble across the Snowy Owls that may or may not live there. 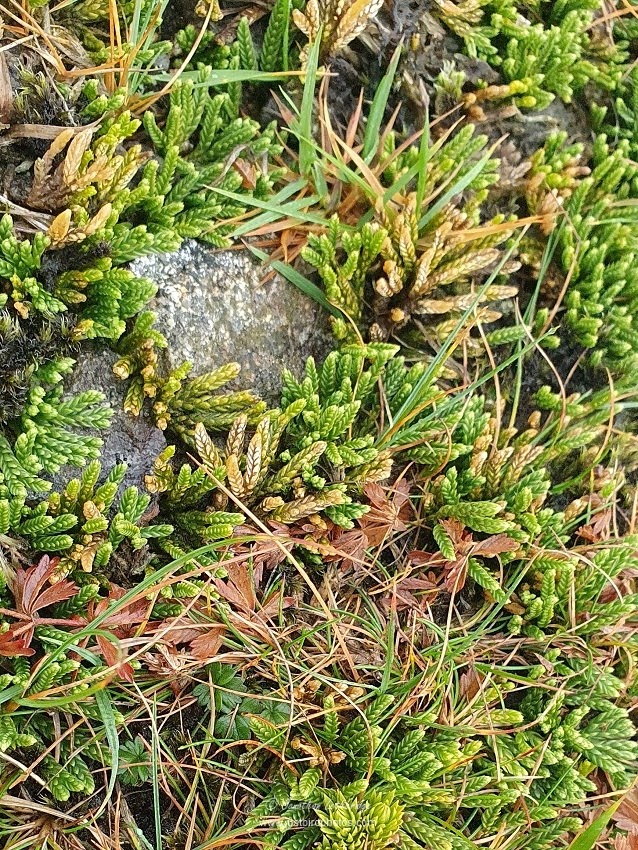 This is an incredible Cairngorm-esque landscape of boulders, diminutive alpine plants and bog that stretches across the top of north mainland, from Ronas Voe in the west to Houssetter and Isbister in the east. There are no paths to speak of, but you can drive up a short track to a radio mast to start your walk. We headed out north-west to a ridge where we hoped to be able to scope a vast area as dusk approached. We did manage a short session, during which the only bird we found was a Wren, but then the cloud descended and the birding day was over. We navigated back to the car using GPS and contour lines, hearing Snow Bunting and Red Grouse in the mist. So Snowy Owls might be there, or they might not, and after our short visit this remains inconclusive. If they are there then they have a magnificent place in which to live - barren and untouched, and highly likely to remain so. 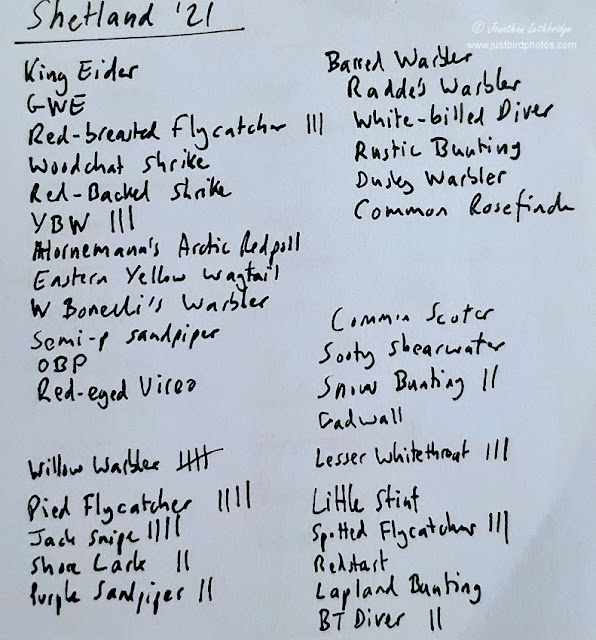