We birded a few sites on south Mainland all morning with no great expectations. Always wise on Shetland. A few Flycatchers were the best of the bunch, including a very showy Spotted Flycatcher and quite a friendly Red-breasted one. Later we turned up a Yellow-browed Warbler at a different site, but only the briefest glimpses were had - this species was really scarce this visit. In years gone by you could have guaranteed one almost everywhere you look - not in 2021. I think I came away with three birds in eight days, a very poor showing. 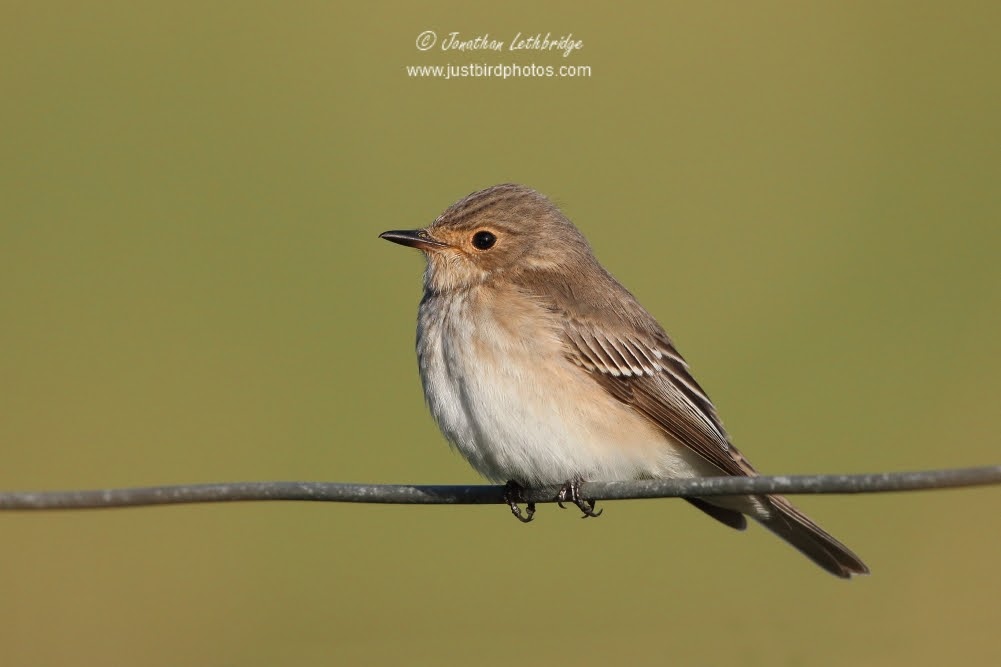 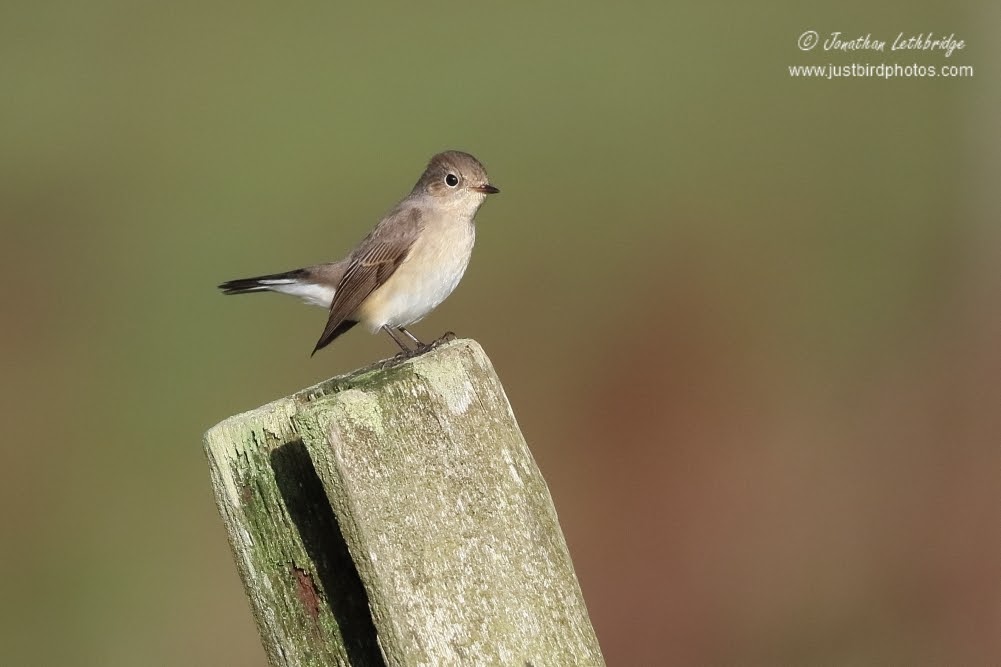 With little happening we twitched and dipped another Western Bonelli's Warbler, and then along with every other birder on Shetland headed to Brae where a relatively long-staying Red-eyed Vireo was leading people a merry dance up and down a thin strip of woodland. I got flight glimpses in an open space before realising that the best views were going to require patience and sitting down in one spot and letting the bird come past me. This paid dividends pretty quickly, with three passes in under an hour, but the views were still frustratingly poor. Only when I moved spots did I then get a more prolonged look but even so this remains one of the briefest ticks I have ever had, and zero chance of a photo.

This twitch ate up most of the afternoon, and with few options we headed down south towards our digs, throwing away more time in search of an elusive Bluethroat at Wester Quarff, getting only brief views of Barred Warbler in a known-to-be unfriendly garden before wisely moving on. We then arrived just minutes too late to see a much showier Red-eyed Vireo in Sandwick - after entertaining birders all afternoon it had flipped over a hedge and gone to roost. And was never seen again. 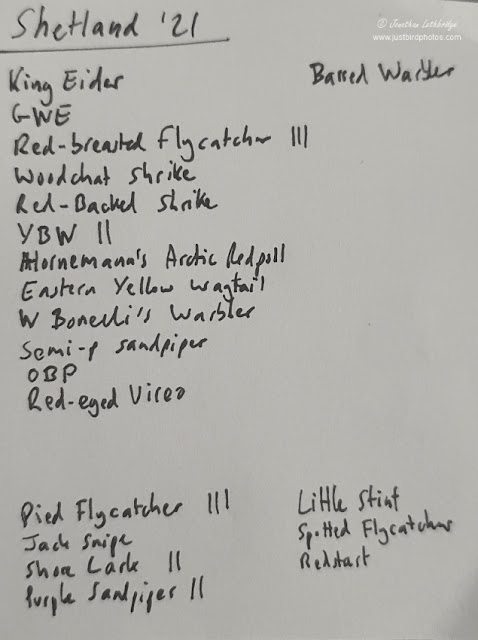 Here's the list - a day of brief encounters, but one where I got a new bird for my sluggish UK list - this happens very infrequently as I hardly ever twitch long-distance any more and everything I need seems to turn up in Northumberland and Yorkshire rather than in London. To celebrate I prepared an enormous pan of Italian Sausage Pasta, one of just three dishes I know how to cook, and which seemed to be well received. By that I mean all the recipients immediately fell into a stupor from which they did not recover that evening. Another early night.