The day started with low cloud in Hoswick, and an early walk was damp and uninspiring, despite a rainbow that indicated promise. We sought out better weather further south, first wandering around fields above Brake which was very birdy. Loads of Rock Doves (up here the real deal), tons of Skylarks, Twite and Chaffinch, an out of place Rock Pipit, and in a small quarry at the end of the track a very damp and rather friendly Northern Wheatear. The first Fulmars of the trip were seen gliding around the cliffs to the east. 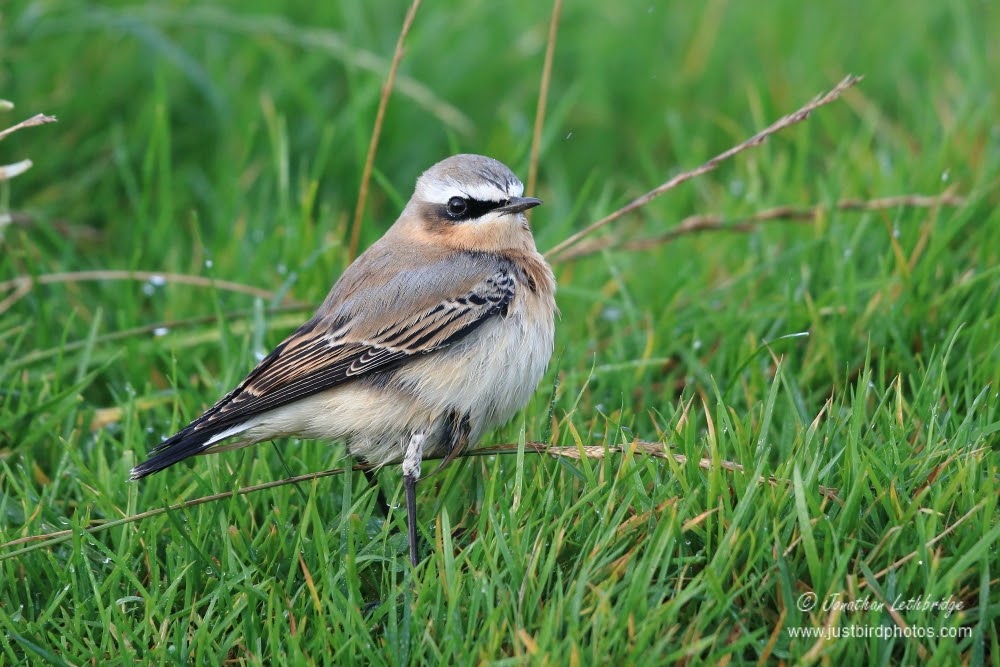 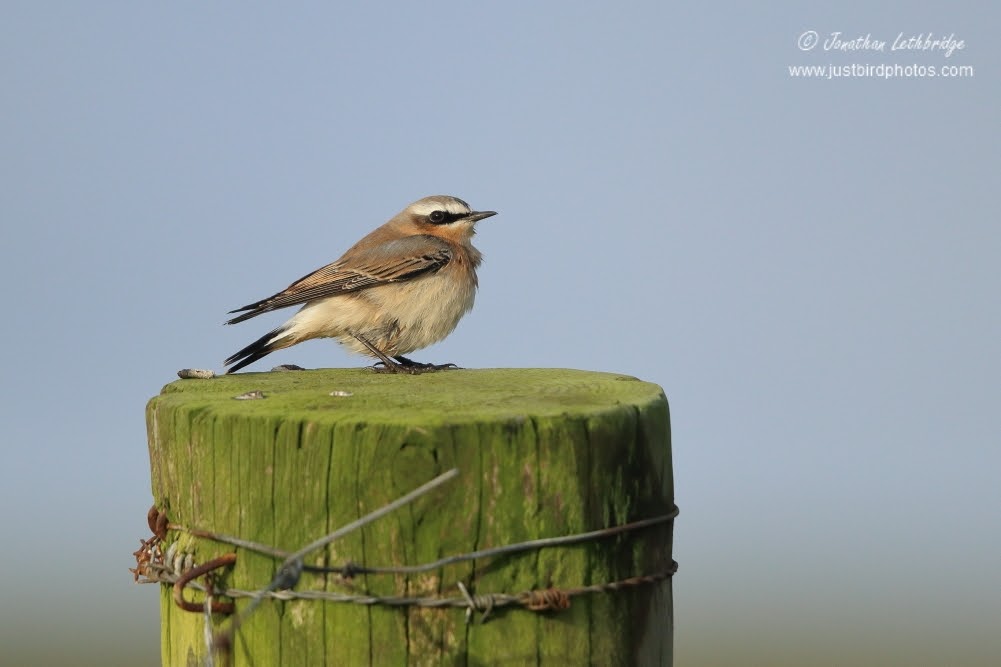 At Quendale we picked out some more Great Northern Divers with a Red-throated congener in the Bay, and a small flock of Sanderling scurried along the beach. At the Mill there was another Wheatear, and thankfully Bradders did not flog us up the valley and instead took us to Geosetter, one of my favourite spots that always looks rare. Today it was common, a Pied Flycatcher the best bird.

Heading north we stopped again at Kergord as the Rusting Bunting from the previous day had been relocated in one the plantations south of the road. This gave itself up quite easily, though was only seen perched very briefly. Always a great bird to see, and just my third after my first on Unst and then the bird on Wanstead Flats found by Nick in 2018. In fact this was something of a theme for Shetland this year, only one new life bird but a second (WB Diver), lots of thirds (Greater Yellowlegs, Eastern Yellow Wagtail, Semipalmated Sandpiper, Western Bonelli's Warbler, OBP, Radde's Warbler) and a fourth (Hornemann's Arctic Redpoll) - so these are birds that on average I see once every five years at best, and if this isn't an indication of quality then what is?

We swung by Nesting Bay briefly so that Pete could catch up White-billed Diver and are treated to an incredible Merlin flyby. I didn't have the camera ready so it went unrecorded, but trust me it was sensational. More recently I've been more birder and less photographer. Partly I'm really enjoying birding without the drag of a camera, but also my main camera broke over the summer and I've yet to get it fixed - normally I would do this as part of the morning commute into London. This year that doesn't really exist. I took its predecessor up to Shetland, the now venerable Canon 1D mk IV, and whilst it is still a perfectly fine camera that I took hundreds of lovely photos with back in the day, somehow it now feels old, tired and distinctly low-res and clunky. Instead I ended up using my toy camera almost the whole time, a much more snazzy and modern Canon 80D, but one that is far less intuitively good at taking bird photos with, and much much noisier than my 1DX. The compromises were too much for me with the result that it stayed in the car quite a lot of the time. For Pete, who if separated from his camera for more than about five minutes starts to panic, this was almost unbelievably reckless, but there you have it. 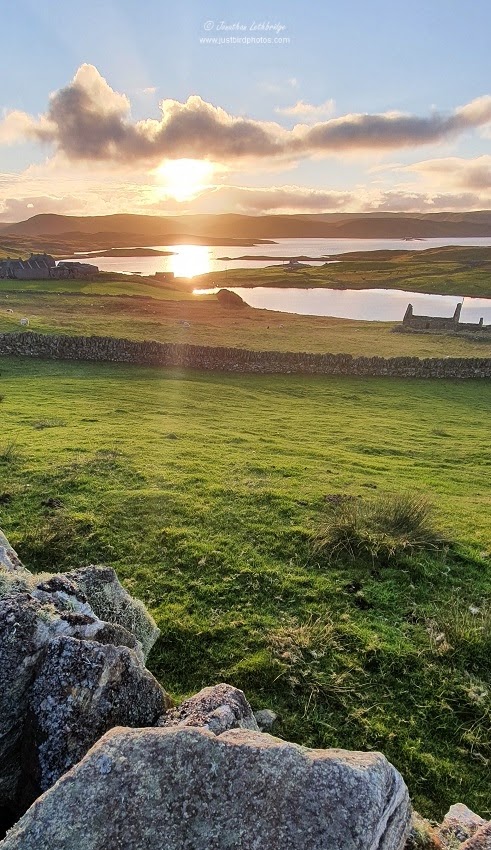 At Vidlin we were treated to a Greenshank as we drove past a small lochan, which was yet another new Shetland bird, but our real target was a Dusky Warbler at Hamnavoe on Lunna. This wasn't immediately promising with a few people looking and not seeing, but eventually Pete refound it in a small plantation as it flew out calling into a patch of feeding habitat. The rest of us joined him whereupon it promptly flew out again, called once as it did so, and disappeared back into the plantation never to be seen again. Was that worth an hour and a half? Probably not - you see many big lists from Shetland, lots of rare bird news hits the internet, but what you don't know is how many of these are fleeting glimpses, or are just seen by one person and then vanish. 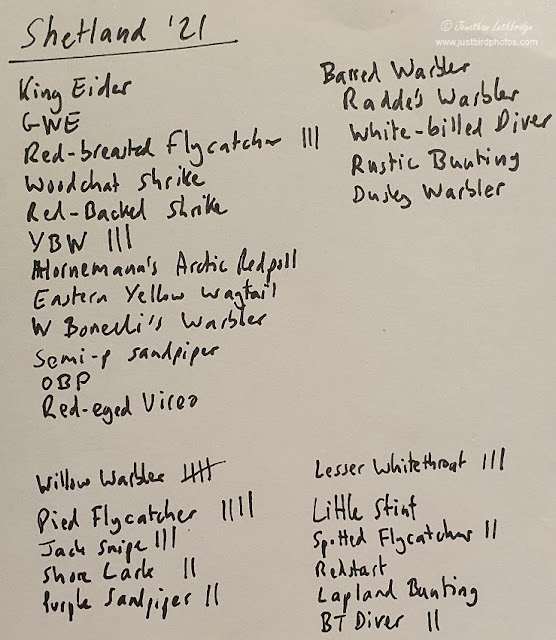