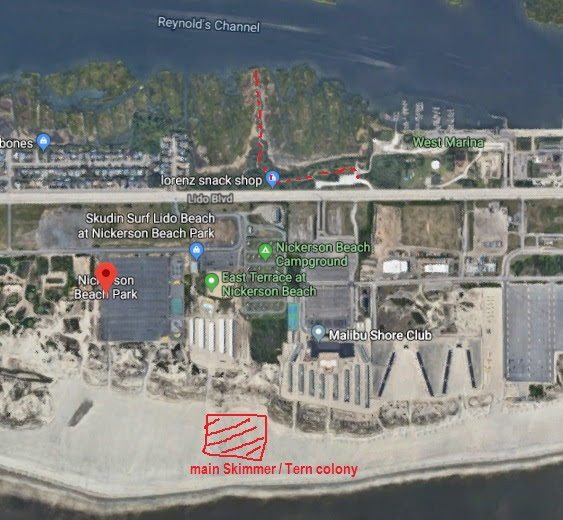 Day by day account
Day 0: I got a fortunate upgrade on the plane after displaying gentlemanly conduct and giving up my bulkhead seat to a nursing mother who needed room to spread out, and thus crossed the Atlantic in relative comfort. I probably got to Nickerson at around 11pm local time once I had picked up my car and bought some provisions. The road to the car park was open so that late RV'ers could return to their luxurious buses at any time, and I was able to simply park up where they left their cars and pickups and thus gain some comfort from not being exposed. Mrs L was quite worried I was going to get shot in the wilds, this being the wild west and all, but in fact I was just fine, and went to sleep with the sound of the Tern and Skimmer colony in my ears. Far more dangerous were the Ticks that proliferate across Long Island, but more on that later. 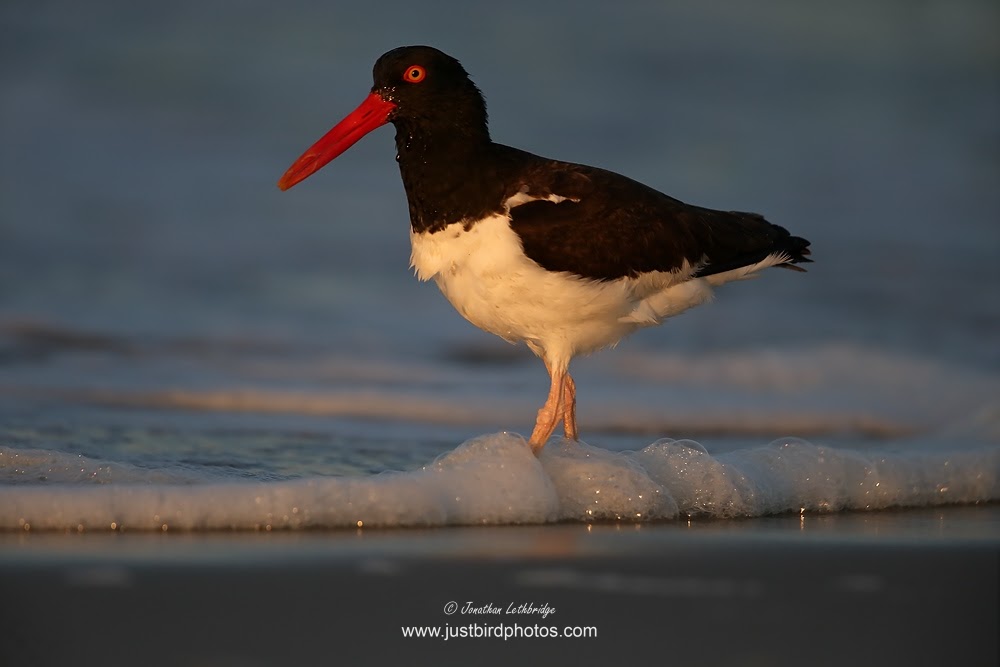 Day 1: I had a surprisingly good sleep and was awoken by cars speeding past to the beach at around 5.30am. The day was dawning and it looked like the light was going to be fantastic. I surmised that the procession of early morning vehicles contained bird photographers and this proved to be spot on. I hurried to join them. Another benefit of a early start was that the car park booths are not manned until much later on in the morning, perhaps 9am, so I avoided some kind of obscene fee ($30 I think).

The beach was crawling with camotwats taking photos into the rising sun. This is the disadvantage of going to popular places, but the beach is big enough and the colonies large enough that you can generally find your own spot. Far more irritating was the local policeman on a quad bike driving up and down the beach disturbing the feeding American Oystercatchers and their chicks. I suspect he was there to keep on eye on weekend photographers as I have heard that there have been problems with people trying to go inside the ropes, which I suppose shouldn't come as any great surprise. Nobody transgressed at all, so he ended up being the only person causing disturbance which is a bit ridiculous as he had no need to repeatedly drive up and down. No matter. The light was brilliant, and I had with me my skimmer pod and gimbal head and so spent a happy few hours pushing my lens around on the sand trying to get some artistic shots of birds. The colony was very active - no Skimmer or Tern chicks this early in the season, but lots of squabbling in the dunes. The American Oystercatchers had chicks, and I probably spent most time with these as they fed in the surf and then brought back morsels for the youngsters - small crabs for the most part. 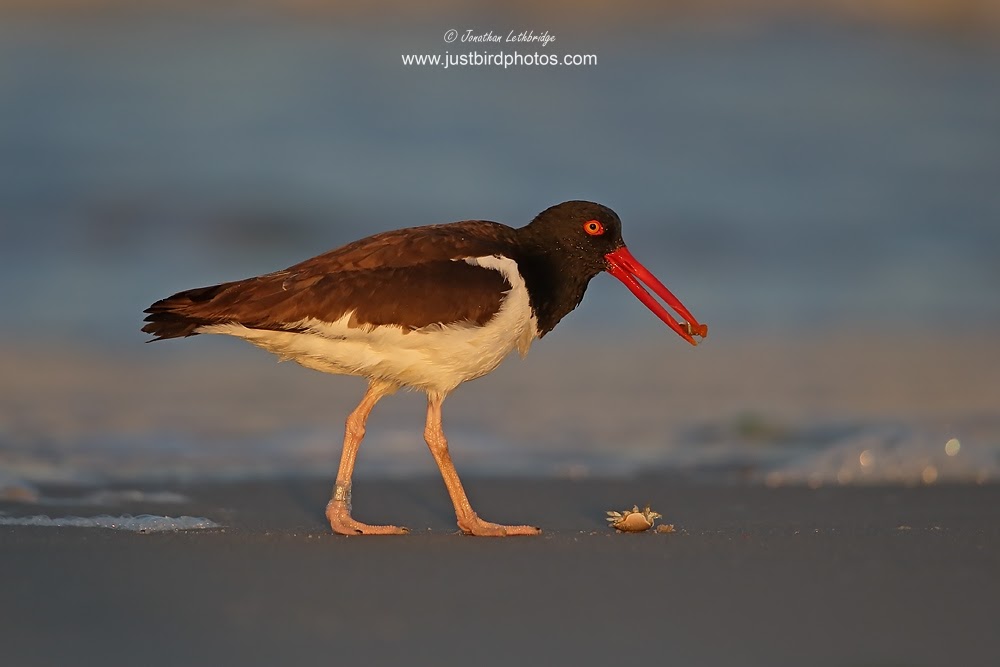 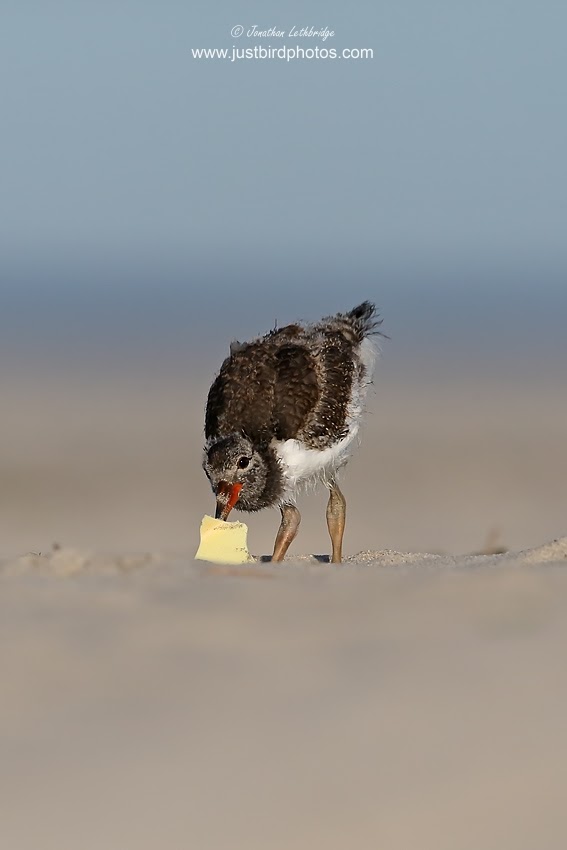 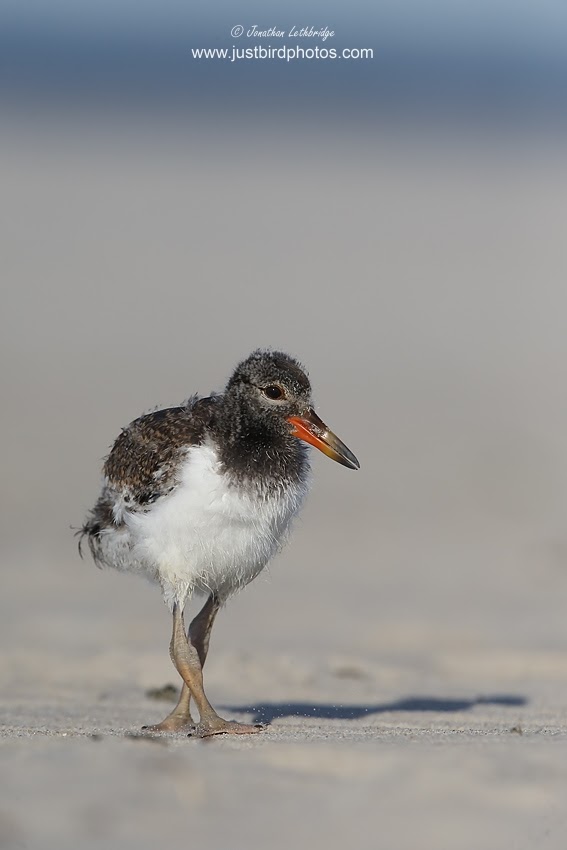 On the photography front don't think I did all that well, but I still think I did better than last time so that's something, and of course it beats the heck out of being in Wanstead in June. This is always my trouble on short trips, it takes a while to get used to what I am doing and remember what works and what doesn't, as it has generally been a very long time since I found myself in a similar situation. Or these days, since I picked up my camera at all. Those that are able to take great shots from the very first moment deserve much adulation. 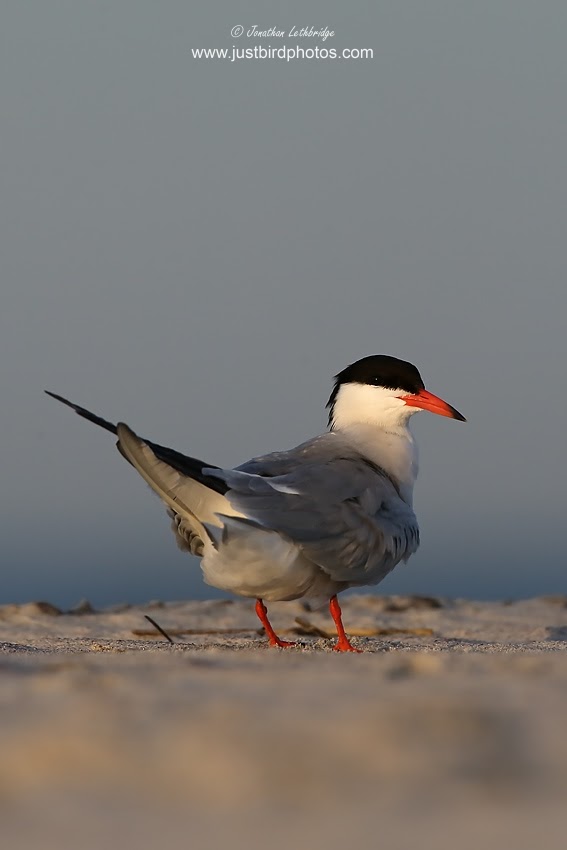 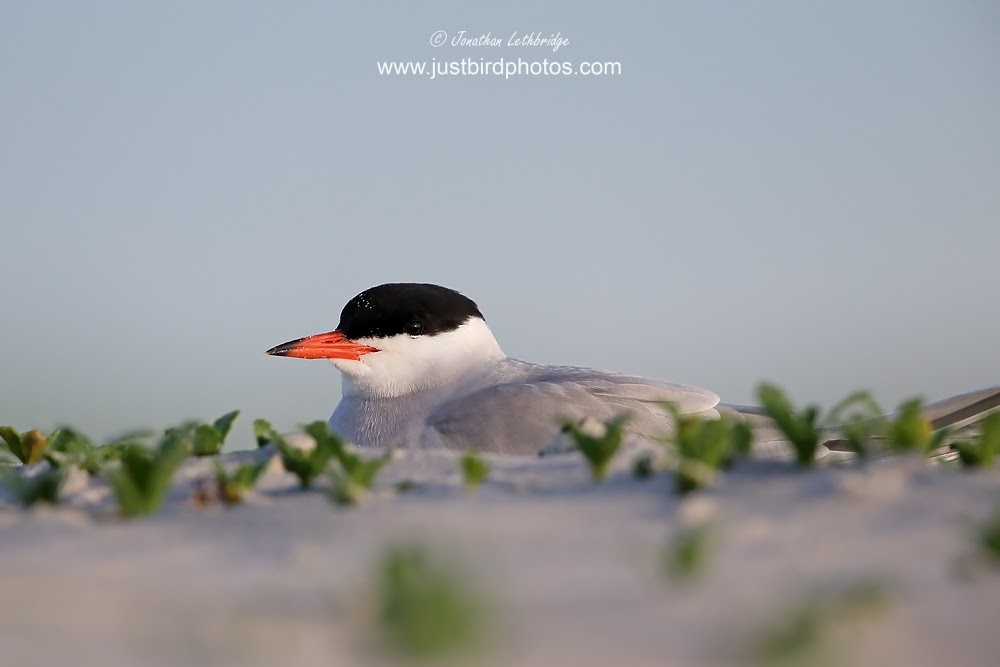 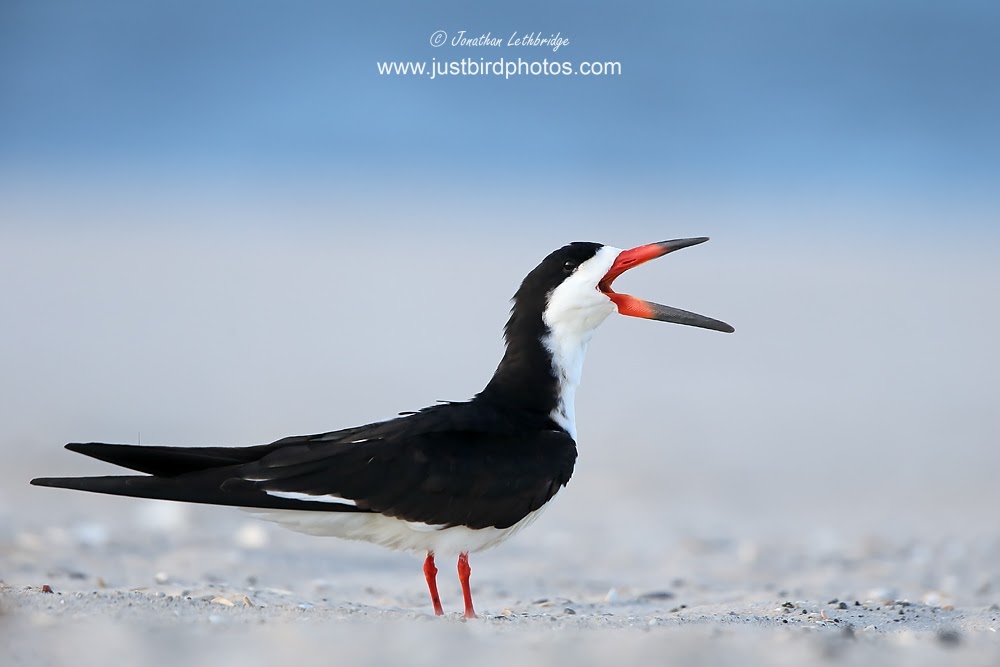 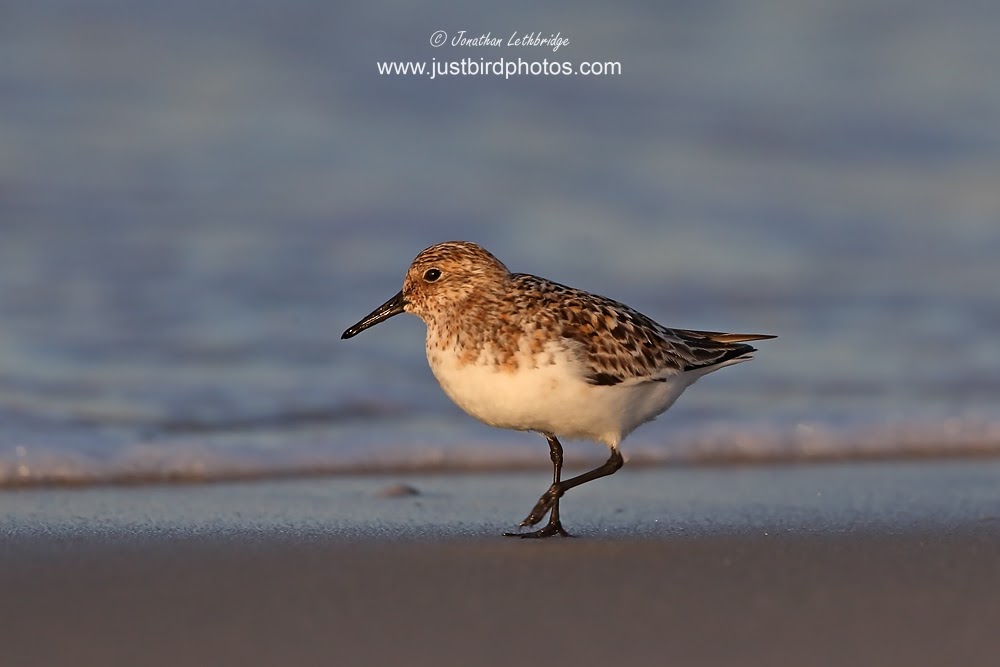 The disadvantage of fantastic golden hour days is that the light becomes harsh quite quickly, and so by 9am it was all over. I returned to the car, swapped my camera for a towel and went and had a shower. Time to go birding! Enter eBird.org, one of the most fabulous birding resources ever developed. Before I left I had spent a happy few hours on this website exploring all of the what they call "birding hotspots". You can see what people have seen recently, or the totality of what has been seen over the last ten years. Most importantly you can search by species and thus match your wants with what has been seen. It is fabulous, and I am gradually uploading all of my birding lists to it so that other people can benefit from my sightings. 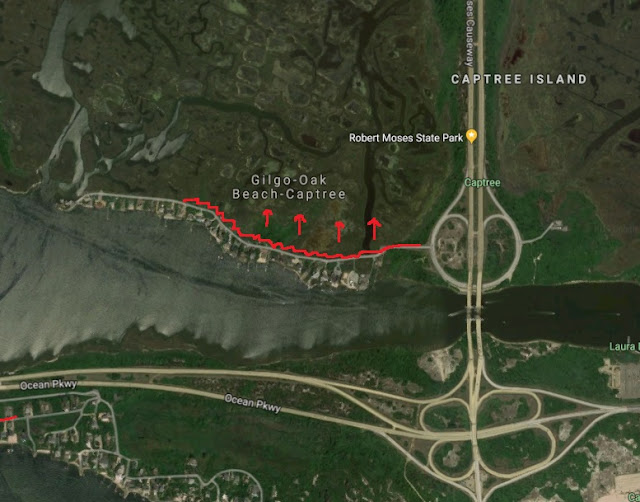 My first stop was Captree Island, reached along the barrier island of Jones Beach State Park. The target was Saltmarsh Sparrow, a specialist of low-lying coastal sites that somehow I had never encountered in all of my visits. Captree island did not have many options unless you had a boat or a canoe, so I chose the one available road, a nice residential street with big houses with sea views on one side, and saltmarsh on the other. Gold was struck more or less instantaneously when I spotted some small birds flying low across the water and disappearing into the vegetation. Unfortunately they never came close, rather the opposite in fact , as an incoming Great White Egret flushed them much further away. Still, a tick is a tick, and I like ticks. Well, most ticks.... 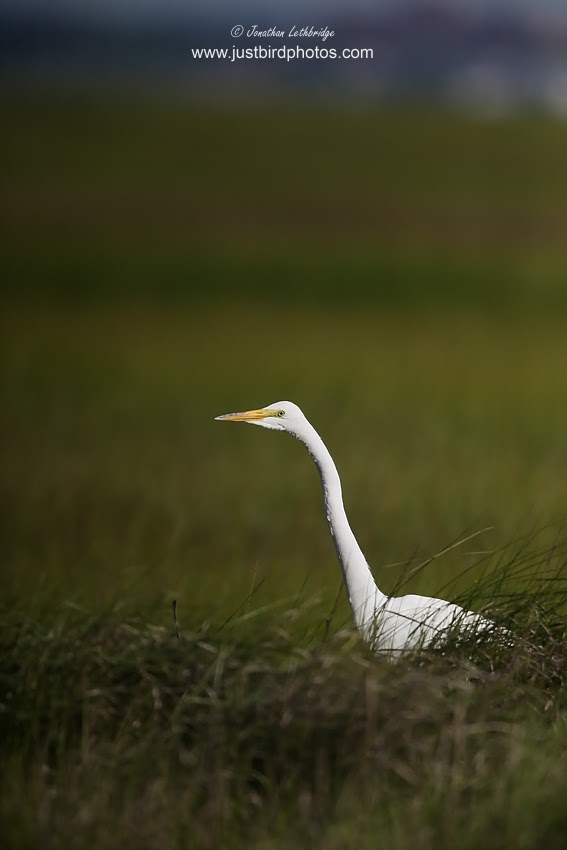 A nearby Denny's served up a great breakfast, and my next birding stop was Connetquot River State Park Preserve. Ominously the lady at the entrance booth gave me a massive wad of paper warning me of the danger of Ticks - three types, one, the Deer Tick, capable of carrying the dreaded Lyme disease. I was keen to avoid this, so I was clearly going to have to be quite careful. Keeping to paths and avoiding all vegetation, I walked a loop around the lake up to the trout hatchery and back. Photography-wise this was a complete bust, but in the woods I found plenty of Overbirds, Eastern Towhees, Cardinals, and others, whilst an Osprey fished over the water. Despite being extremely careful when I got back to the car I discovered a Lone Star Tick crawling up my leg.... This forced me to basically undress in the car park, but I didn't find any more. 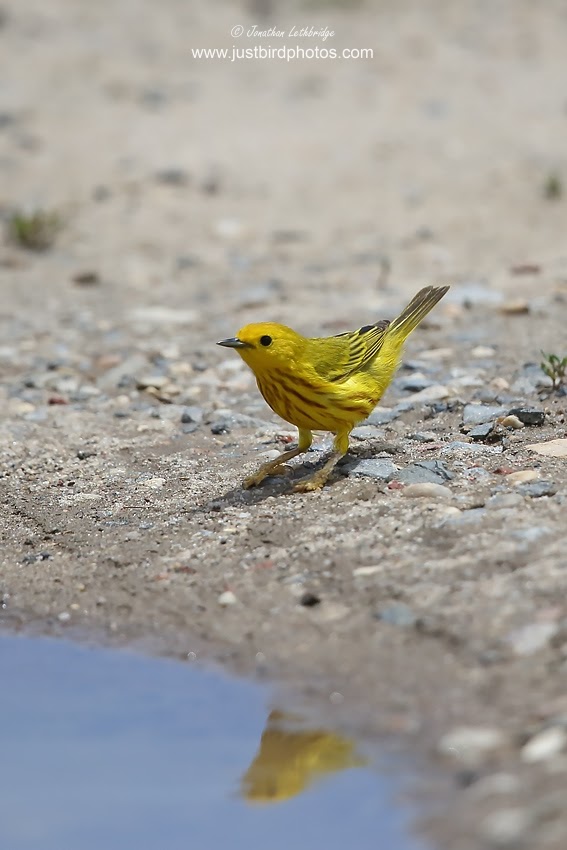 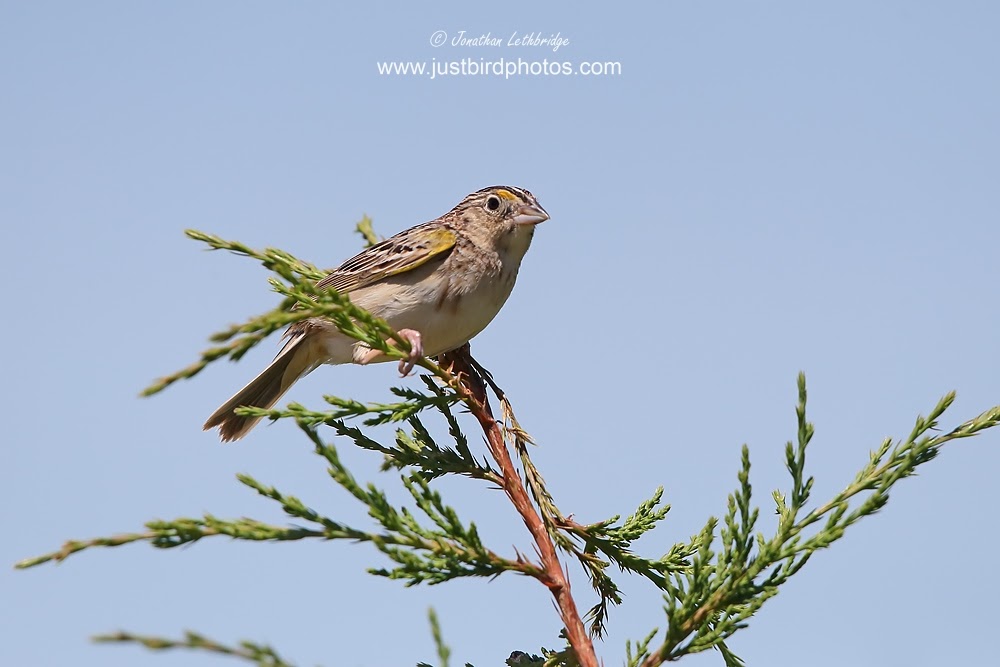 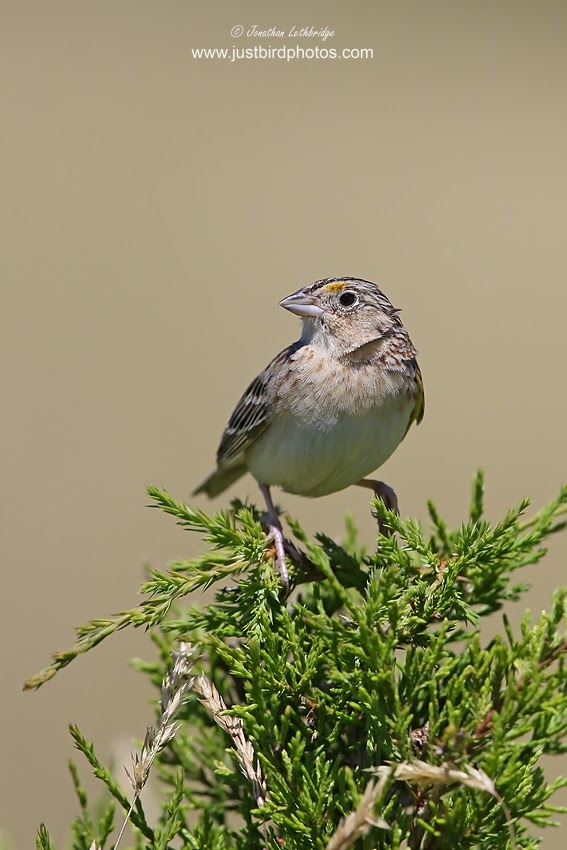 My next stop was a field above Calverton airfield, at an eBird location known as Calverton VOR (CCC). Catchy. I found Grasshopper Sparrows here in some numbers, along with Savannah Sparrow and Prairie Warbler. At an area on the south side of the airfield there were ever more - see map below. At Calverton Ponds Preserve a short distance away I went on another nice walk and picked up yet another Tick - they are crafty little buggers. It was around this point that I decided that I was done with birding near plants and headed back to the beach. 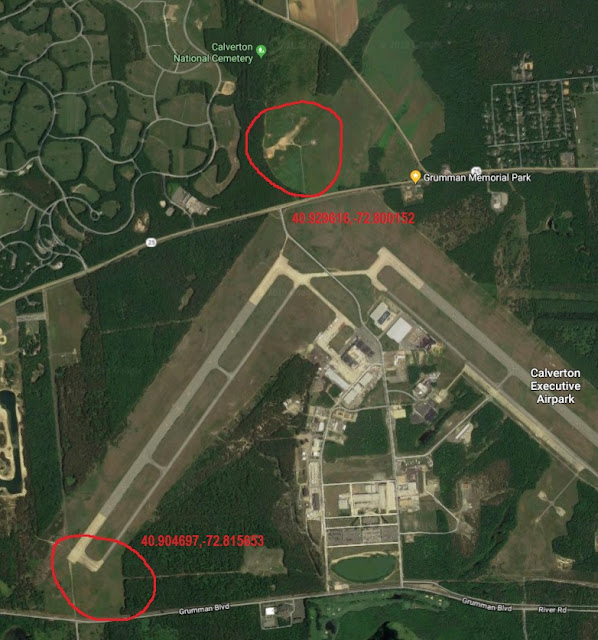 Back at the beach the wind had really got up, and a stiff breeze was coming off the ocean. For those of you who have not been, Nickerson beach is composed of very fine sand. The strength of the wind whipped this up into a frenzy, and when I made the mistake of trying to lie down and get a low shot of an Oystercatcher I got a mouthful and two earfuls of sand, and realised that photography was over for the day. I had another shower both to get rid of the accumulation of sand as well as to perform a very careful examination of all parts of me for errant insects with dishonorable intentions, and went and had a very large dinner in celebration of a productive day in Island Park. 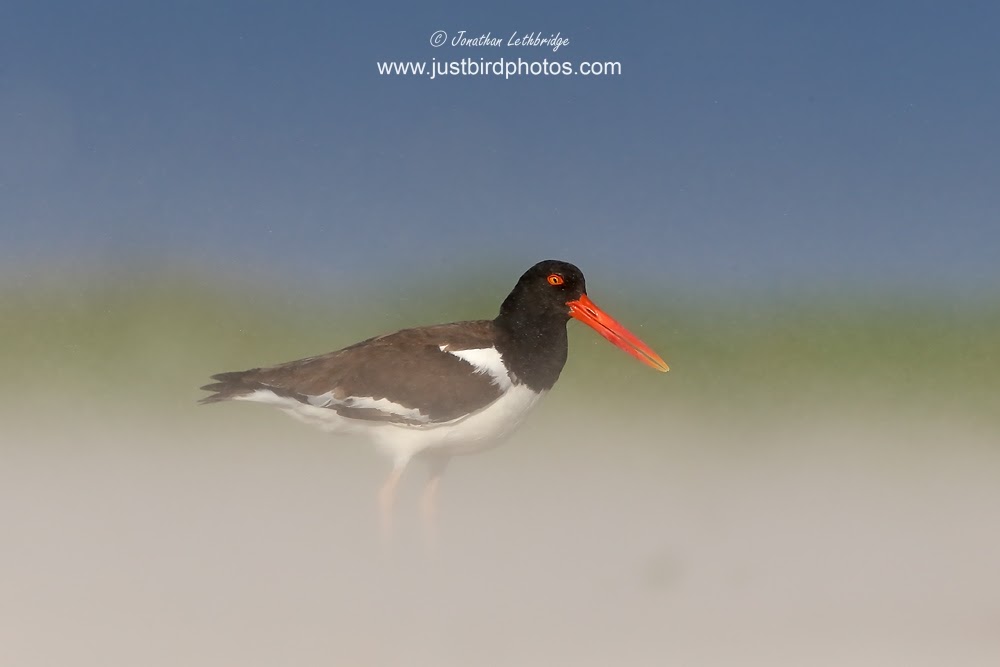 Posted by Jonathan Lethbridge at 13:02