Waders – a decade of retrospection

As I intimated in a recent post, Waders are the holy grail on my local patch. Given the lack of current activity on the patch I thought I might revisit past glories, all 13 of them. Always a lot of blogging mileage in memory. So here are the last 13 years. Slow going? Oh yes.....


Common Snipe
For many years I don’t think I recorded a single Wader on the Flats, they were all but impossible. Although I had been birding the patch for around four years by then, I didn’t record my first wader until 2008! This is a combination of me being pathetic and waders being difficult, back then probably more the former. It was of course a Common Snipe, probably the commonest Wader in terms of number of sightings. They’re a winter resident (although not in 2017!) and until recently an amble around the SSSI was likely to see a Common Snipe take off with a throaty rasp from the long grass towards Jubilee. Almost a gimmee really, or that’s what I would have said before this year.


Wood Sandpiper
I didn’t get anything else in 2008, but my second Wader on the patch, in 2009, remains one of my best. It was in mid-August and I was just approaching Alex early in the morning. Remarkably I think I got there before any of the dog-walkers, and the next thing I knew a small wader with a white rump was flying fast and low away from me down the south side of the pond. It didn’t make a sound, and it was distinctly brown rather than the black-and-white impression that Green Sandpipers can give. I reflected all day and called it a Wood Sandpiper – probably a little naively in retrospect – I think today I would either have let it go, or more likely I’m just a better birder and would have called it easily. In any event there is a happy ending as a couple of years later in early April 2011 I caught up with a bird on Angel Pond, and this one left no room for doubt at all. 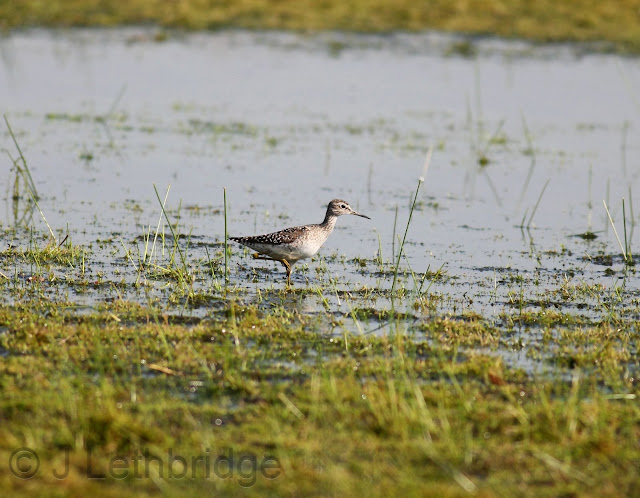 Woodcock
I first recorded Woodcock on the Flats in the winter of 2009. At the time this was a huge surprise to me, but I think I’ve seen one almost every year since then. Another winter visitor, they tend to bury themselves deep in cover during the day, and either you wait for a regular bird to come out into the open (which is my tactic these days), or it is just pure blind luck that you bump into a day-flying bird. I’ve only ever flushed one bird, which exploded from underneath a bush in the boggy bit of the SSSI. All the others have been fly-bys in broad daylight and have given the most amazing views. Not amazing enough to have ever caught one on film, the one (really good) opportunity I had was when the first one I ever saw cruised by about ten feet above the ground all the way from one horizon to the other when I was stood out in the middle of Wanstead Flats. All I could do was stare at it dumbfounded with my camera dangling uselessly by my side as it crossed my field of vision almost infinitely slowly. Sometimes this is just the way birding should be.


Lapwing
By number, Lapwing is the most common Wader I’ve seen in Wanstead - 730 birds on the patch over years. This is still largely down to one extraordinary day in February 2012 when I recorded nearly 400. That snowy day also saw my first Jack Snipe and Golden Plover, but it was the Lapwing that stood out as they regularly flew over in groups ranging from 10 or so to over 40. My first were actually in December 2009, I was birding in the Park near Perch Pond and all of a sudden I thought I heard a Lapwing. Then there were 12 birds above me heading north. What a score! I was flabbergasted of course, but retained enough composure to race home and stand in the garden, where shortly after I got another bird flying south. It remains the only one I’ve ever seen from the garden. These days along with Snipe and perhaps Common Sandpiper it is the most likely Wader on the patch, and is most commonly associated with winter movements in hard weather, as on that amazing day in 2012. If you don’t have that however it becomes a lot harder, and it’s entirely possible to have a blank year as I did in 2016.

Dunlin
I still remember this as if it were yesterday, this tiny wader pottered along the shoreline of Jubilee Pond all day in April 2010. You could practically reach out and stroke it, it had clearly not seen people before, not even the local drunks could phase it. I visited it twice, once I think very rapidly for the pure twitch, and then again later in the day with a camera, though as you can see I did not make the most of it. Still the only one I’ve seen in over 10 years, which makes it one of the rarest patch birds. 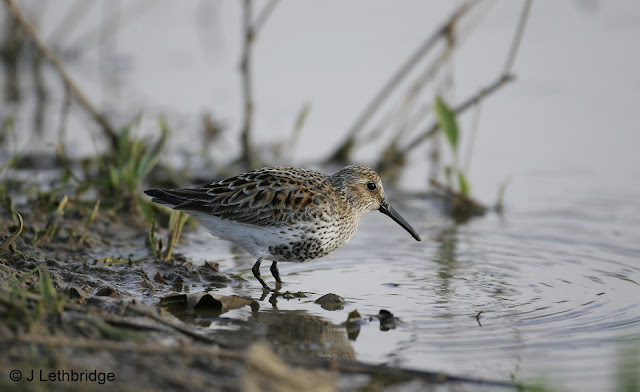 Common Sandpiper
This is another annually expected bird, though I did not see my first until May 2010. I’ve now seen a total of 19, and they seem to be commonest on the concrete sides of Heronry pond in the months of April and August. I love flicky flight which along with their characteristic bobbing makes them very charismatic little birds. I think my best year was 2011 when I saw seven.

Little Ringed Plover
I remember excitedly finding my first LRP sitting in the gravel carpark next to the Alex in March 2012. I was there twitching a Common Sandpiper which had disappeared. I did a double-take as a small wader flew past me that appeared to have a black and white collar. Hang on a minute, Common Sand shouldn’t look like that! Nick crashed over, I think it was a first for him too. Since then I’ve seen another four or five, one was quite a friendly bird that hung about on what we call the Police Scrape for a few days, and more recently a veritable flock of three birds were on a dried-out Heronry pond in April 2017. In a way I am surprised I have not seen more of these, I suspect we do get more that arrive at night but that they are pushed off very early by the almost constant disturbance. 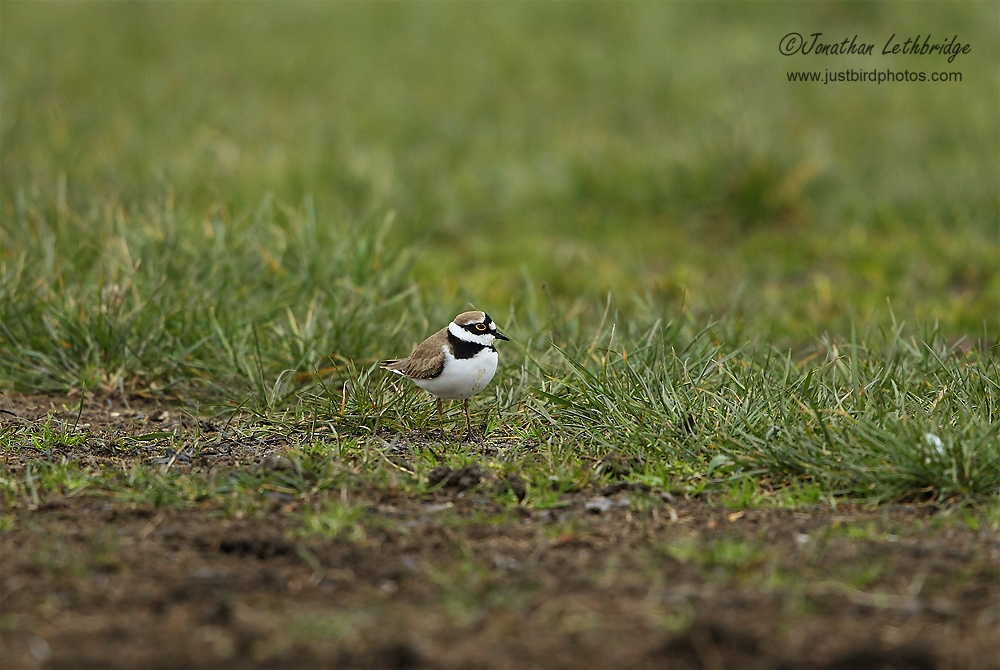 Stone Curlew
Remarkably I’ve seen two Stone Curlews on Wanstead Flats – this is a scarce bird in a national context, let alone London. The first was found by Nick one morning in April 2011 and he was the sole observer, but the following morning he found it again, this time flying back west, happily towards where I was. He was over near the forbidden triangle somewhere and I had been on my way home and was sprinting to get past Coronation Copse for a clear view. As I desperately approached the wood, movement to my right caught my eye – the distinctive black and white wings of a Stone Curlew folding up into the long grass near Centre Copse and the VizMig Point. Despite people converging on the area it was never seen again. I thought this would be a blocker for all the ages, but two years later in late March 2013 I was walking west across Wanstead Flats when I noticed a low-flying bird some distance ahead of me. I lost it almost immediately as it flew over Centre Road, but all my senses were screaming Stone Curlew despite the unlikeliness. I made a bold call to put the news out and get people on site, and happily about five minutes later was able to confirm my strong suspicions as I caught it banking over motorcycle wood. It disappeared yet again before anybody else had managed to turn up, but I think about half an hour later a number of people got some prolonged flight views as the bird circled over Long Wood before deciding that Wanstead was a little busy and heading north, probably over my garden! 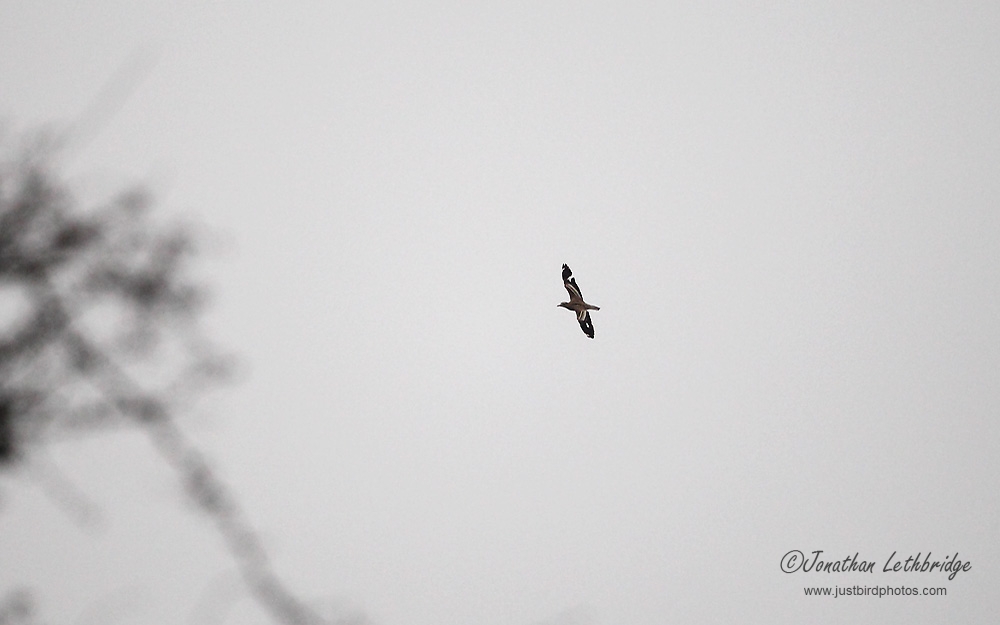 Green Sandpiper
For ages and ages this was my local wader nemesis. I almost always missed birds which were frequently fly-overs, and it seemed for years that I was the only person missing this species. I finally scored over near Alex in July 2011 when 2 birds came off the lake and happily flew more or less past me. Since then I’ve seen few more singles and a flock of four over the SSSI. The only bird on the ground was bird pottering around the edge of Shoulder of Mutton Pond in the park.


Oystercatcher
Probably the least satisfying of all my wader ticks, in heavy fog one morning the undmistakable kleep of an Oystercatcher came from the murk ahead of me somewhere. Never saw it on a morning where I could barely see a few paces in front of me. Still, they all count. Earlier this year I had what I thought was another on another murky day, but as it only called once I let it go. As it happened this was the same day where the first returning bird was found on the Thames a short while later. I wonder….

Jack Snipe
I’ve seen a couple Jack Snipe, but the first was the most memorable. It was day of 400 Lapwings, and after most of these dried up a number of us were checking out the mostly frozen Alex as there had been a Med Gull. All of a sudden a wader came in, skidded on the ice and came to a halt under the branches. It looked small and the beak looked short. Tim had a clearer view of it as he was standing on the other side of the pond and confirmed our suspicions! We went around to join him and it started to bob…. The second was far less exciting, but Nick cornered a suspect in the ditch near Alex in 2013. It came up and flew to the larger ditch of despair, and then did a nice close flight to allow all of us to see that it was clearly a Jack. 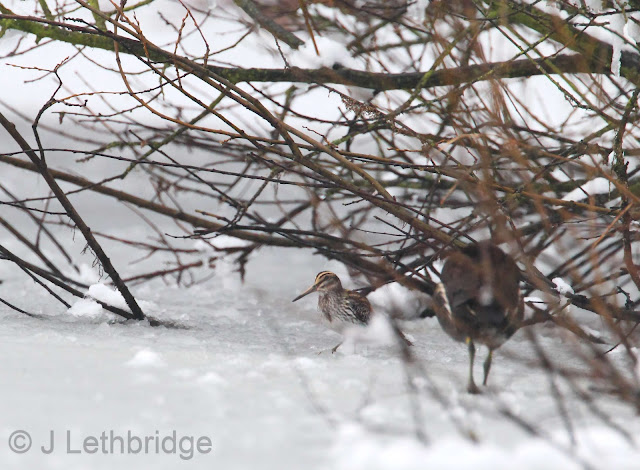 Golden Plover
Remember that day I told you about with nearly 400 Lapwings and that Jack Snipe? (Hint, this was in the previous paragraph. If you can’t remember then you have a problem). When we all moved over to join Tim for better views of the Jack Snipe six Golden Plover swept over from the east. My shout, well scream really, could probably have been heard at Rainham. A memorable moment. I’ve seen a few more since then, including twitching some late in the afternoon from my moving car following a stressful journey back to the patch from a national twitch. Astonishingly those two birds were then joined by a third overnight, and relocated to Police Scrape where a short period of crawling through frozen mud allowed some relatively close photos. 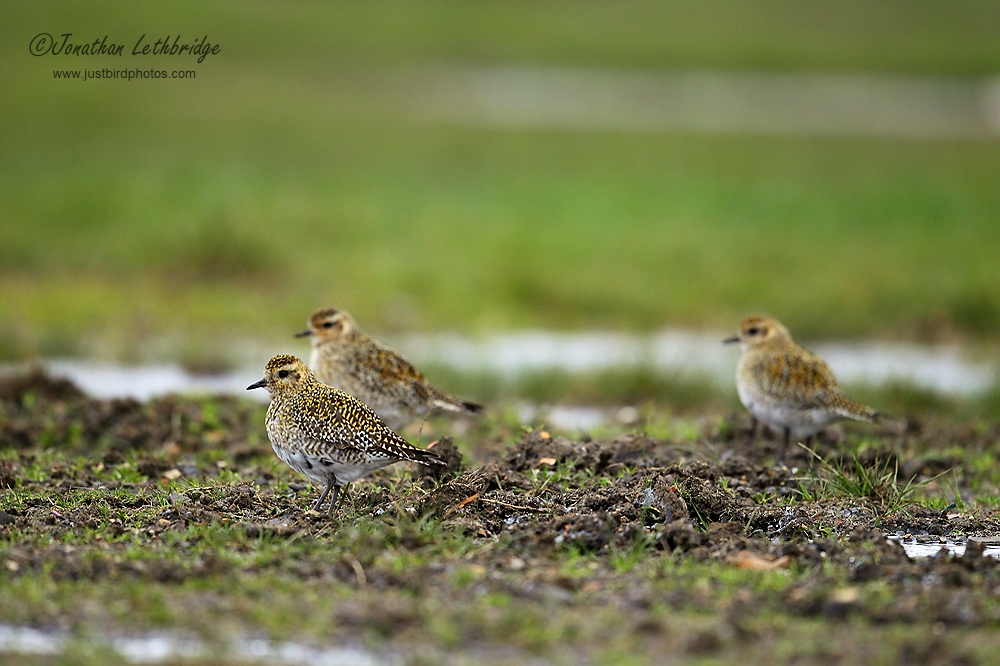 Curlew
My last and final patch wader, there has been nothing new for me since these birds in 2013. Dan (Dan the wader man) had scored a flock of about a dozen in poor visibility earlier in the morning, and the rest of us were now out and about on the patch hoping for more. And morose. I found Dan and his magic satchel and stuck to him like glue. Sure enough, somewhere near the vizmig point the magic occurred and all of a sudden there were two Curlews over our heads. They must have come from the nearby playing fields as I didn’t see the satchel open, but who knows. It was over in a split second or so it felt like, but I can remember it as if it were yesterday. Needless to say there are no photos, but no photo could really cover the depth of this experience nor convey the absurd excitement.
Posted by Jonathan Lethbridge at 18:30